What is the k percent rule?

For example, the money supply growth rate in the United States should range between 2 to 4% as per the average growth rate of the US GDP. 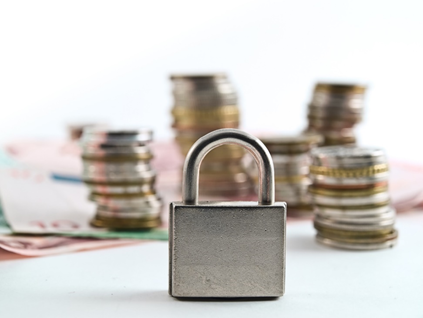 Who was Milton Friedman?

Milton Friedman who proposed the k percent rule is a renowned economist and recipient of a Nobel prize in the economics and recognized as he founded Monetarism. Monetarism is a branch of economics which focuses on money supply growth. It also comprises of the policies which play a crucial role in controlling and handling inflation. Friedman shared the belief that monetary policies play a critical role and contribute significantly towards handling economic fluctuations. Earlier, it was considered dangerous to fine tune the economy by employing different monetary policies under specific economic conditions because the insight regarding the respective effects was limited and no knowledge was present in the field (relationship between monetary policies and economic development).

From the long - term perspective, the economic stability can be brought in by central banks and financial institutions ensuring the money supply growth happens at a specific rate on annual basis and the different economic states should not be given much consideration. It has been seen as the ideal way to ensure economic stability.

Friedman shared the opinion that the money supply should be increased at the rate of 3 to 5 percent on annual basis.

What is the working of the k percent rule?

What is the significance of the k percent rule?

Friedman believed the central banks are the source of cyclic fluctuation in comparison to the source of stability. He stated that when the money supply increases at a reasonable rate then it helps in avoiding extreme deflationary pressures and substantial inflation. This allows the economy to perform efficiently during the business fluctuations.

Friedman reported that k percent helps in creating price level stability and avoid the interference of banking institutions to frame a new monetary policy. He argued that the k percent rule empowers the banks to ensure stability on the price level and helps them in making decisions. 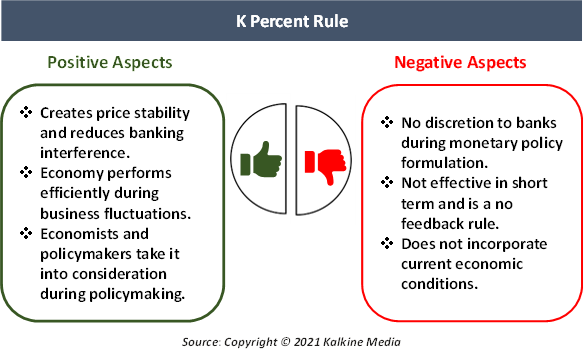 Economists and the policymakers take into consideration the k percent rule while framing economic policies, however, they make adjustment in the policy as per the current economic situation with the aim to increase effectiveness of the policies framed. Moreover, the k percent rule gathered a lot of criticism from economists as it does not provide any discretion to the banks while the monetary policies are formulated.

K percent rule limits the interference of the central bank; therefore, many policymakers generally modify the k percent rule and the rule is used as a base for developing new rules which will be further utilised for framing the monetary policies.

K percent rule is not effective in short term and is a no feedback rule. The rule does not allow modification in the policies introduced and does not take into consideration the prevailing economic situation.

What are monetary policies?

Considering adding Waves (WAVES) to your crypto portfolio? Read this

Why Has Crypto Market Continued to Plummet?