To influence the supply and demand of money in an economy, the central bank primarily uses three different tools to implement monetary policy, as stated below: 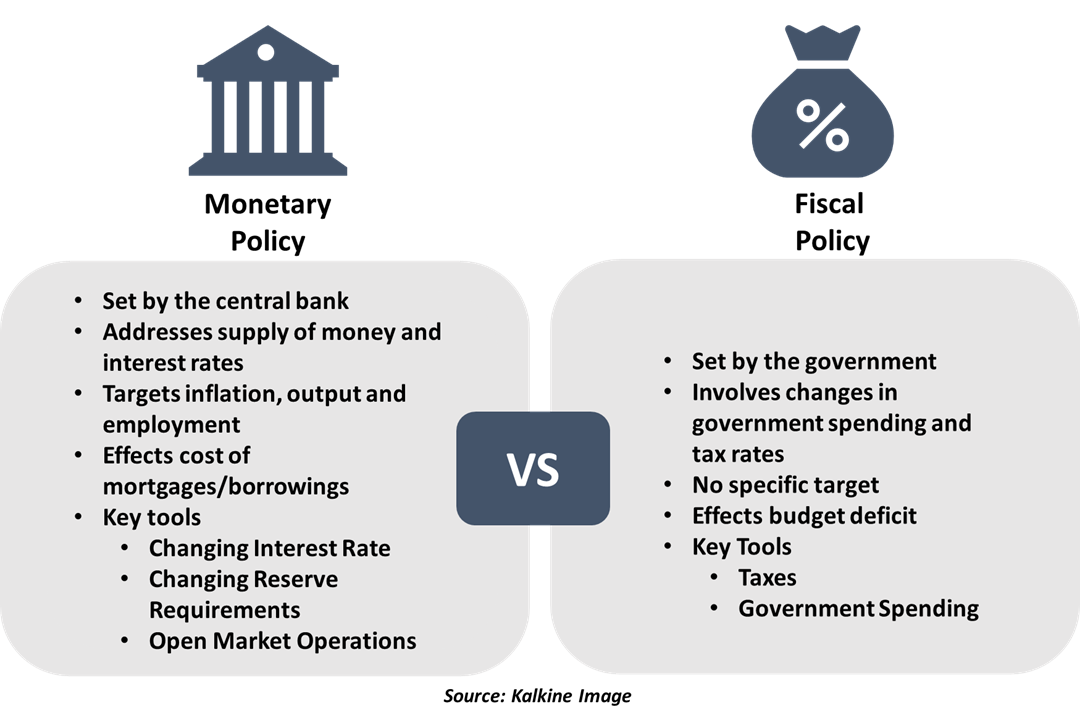 How Can You Differentiate Between Conventional and Unconventional Monetary Policy?

Do Not Miss! Investing in Low-Interest Rate Environment And Unconventional Monetary Policy

Looking at previous episodes of recession, Policy responses have been seen to play an integral role in containing the economic and financial shocks. Central Banks have been seen to use a combination of interest rate cuts (Conventional Monetary Policy Tools), Open Market Operations (Quantitative Easing) and Reserve Requirements.

Global Financial Crisis during 2008-10 displayed the sharpest dip in the world economy since the 1930s Great Depression. Experts suggest that effective policy implementation was successful in averting another global depression.

Global Banks were seen to rely aggressively on monetary policy tools in order to stabilize prices, output, employment and alleviate financial market shocks. What raised concerns for the monetary authorities during the Global Financial Crisis were slow recoveries witnessed in many advanced economies, with a disappointing scenario on meeting the inflation targets, output growth and job scenario. For instance, the US unemployment rate was seen to be returning to pre-crisis levels in 2016.

There was an emergence of broad-based debate if the monetary tools are generally less effective during the crisis, witnessing a dent on transmission channels amidst high financial distress, low business sentiments, reduced consumer confidence and considerable balance sheet adjustments of financial institutions.

Also, there were questions on the appropriate depth and intensity of policy accommodation, as a protracted period of loose monetary policy may see some economic distortions during a period of crisis.

While these questions have opposing answers, appropriate mix of monetary policy and fiscal policy, no doubt ease out the economic recovery post crisis. However, the duration and shape of recovery may differ depending on varied circumstances.

Moreover, the effectiveness of negative interest rates, in aiding the growth prospects during an adverse crisis as during Global Virus Crisis (2020), is also under the debate scanner of policymakers. And, the combination of monetary policy and fiscal effectiveness is also not showing the desired results on employment and growth prospects.