What are macroeconomic factors?

Factors that impact an economy on a broad level are called macroeconomic factors. Such factors decide the economy's direction and give an outlook on the financial status of the economy. Depending on the economic impacts, these factors may be positive, negative or neutral. For instance, a factor like unemployment may determine the growth or decline of an economy. These factors are closely monitored by governments, central banks, policymakers, financial institutions, analysts, economic advisors, international bodies, companies, the general public and other experts. The macroeconomic factors may be to do with fiscal aspect, natural/ environmental aspect or international relations that impact the regional or national performance in a given period. Some macroeconomic factors include increased minimum wages, inflation, unemployment level, business cycle investment, savings, monetary policy, natural disasters, taxation laws of a country, elections etc.

Macroeconomic factors are used for policymaking during various phases of the business cycle in an economy. The aim of studying these factors is to bring about policies for economic stability and sustainable growth.

What are positive macroeconomic factors? 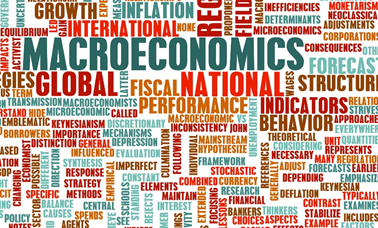 What are negative macroeconomic factors?

Negative macroeconomic factors are a threat to the economy. Conflicts and political instability are an example. Such situations lead to loss of trust in the government, cause damage to assets, may cause a loss in livelihood and disrupt economic activities. For example, the global coronavirus pandemic is a negative macroeconomic factor. Similar is the case with natural disasters like earthquakes, floods, hurricanes, wildfires etc.

What are neutral macroeconomic factors?

What is the importance of macroeconomic factors?

The final value of goods and services produced in an economy is called the gross domestic product. If an investor believes a company will perform well in the future, they will purchase shares. On the other hand, if the economy is declining (i.e., GDP is falling), the company's profitability in the following months/years is in jeopardy. As a result, when GDP falls, investors tend to stay out of the market or sell their investments, causing share prices to fall. On the other hand, if the GDP rises, investors become more confident about the company's future earnings and growth, prompting them to purchase more shares, which has a favourable impact on share markets. For analysis, it is more rational to use real GDP because it factors in the changes in price and inflation. 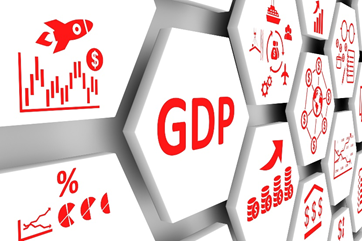 The unemployment rate indicates how many people in the labour force are unable to find work. Unemployment rates are typically low when an economy is growing. When GDP rises, which means productivity rises, more workers are frequently needed to keep up with the increased output. Because these new employees now have more money, they are more likely to spend it. They may take more vacations, purchase new residences, and improve their personal items, among other things. This increases demand in other parts of the economy, causing those businesses to recruit more employees, resulting in a reduced unemployment rate. Conversely, when the economy produces less (GDP), it usually means that fewer people are employed.

The unemployment rate and hiring rate might assist an investor in determining the economy's and stock market's predicted status. If unemployment is dropping and hiring increases, the prognosis is favourable, and investors expect retail sales to rise, resulting in larger corporate profits. This encourages them to buy additional stocks, which boosts the stock market. If, on the other hand, unemployment rates rise and hiring falls, the outlook becomes unfavourable, and investors seek to avoid equities or even liquidate their investments.

Inflation is defined as an increase in the price of products and/or services or an increase in money supply in basic terms. Inflation is defined as an increase in the price of goods and services. If the money supply in the economy expands, people will have more disposable income and will buy more goods and services, resulting in a price increase. Inflation impacts the entire economy since it shows a decrease in the worth of the currency. This has an impact on the public's consumption and savings decisions, as well as production plans. The GDP deflator or the Consumer Price Index are used to calculate the rate of inflation (CPI). The CPI provides a snapshot of current prices for specific products and services. In contrast, the GDP deflator is the ratio of nominal GDP (which only considers price changes) to real GDP (prices that factor in inflation). If the nominal GDP is larger than the real GDP, then there has been inflation since the real GDP base year.

High retail sales frequently result in a positive stock market reaction. If retail spending falls on the other side, it could be a harbinger of an impending economic slump. This can have an impact on corporate profitability and hiring. As a result, a drop in retail sales hurts the stock market. 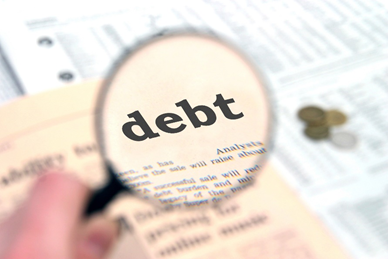 If a country's government debt is excessive, its standard of living may suffer as tax revenue is diverted to debt payments rather than government services or infrastructural development. In addition, increased government borrowing can raise interest rates in general, increasing the cost of consumption. Increased debt in less stable countries might make doing business in the country riskier and thus more expensive.

How do you become a stock trader in Canada?

Which are 5 high-volume NZX stocks today?

Why is Avalanche Crypto Growing So Quickly?

How do consumers make purchasing decisions?