The excellent results from the 2020 Drilling program has led Middle Island Resources Limited (ASX:MDI) to secure $4 million in commitments from new and existing institutional and sophisticated investors to fund the successive phase of the exploration and drilling program at the flagship Sandstone Gold Project.

The Middle Island management is excited about the prospect of another extensive RC and Diamond drilling program of over 13,000 metres scheduled further. Discoveries of newer deposits maximises the prospectivity of the project which is likely to be reflected in the updated mineral resources estimate anticipated prior to the completion of the Pre-feasibility study in Q3,2020. 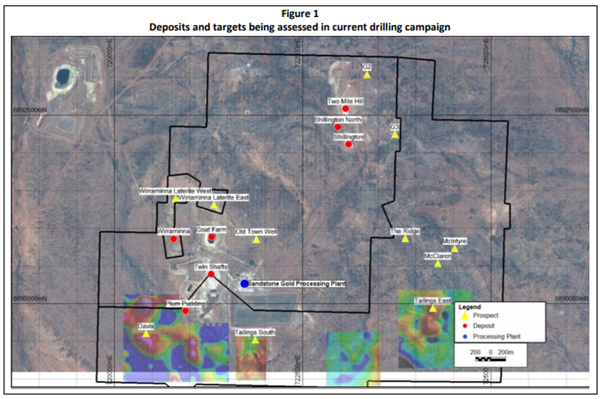 In the past 4 weeks, Middle Island reported 4 new discoveries of satellite gold deposits namely, the Plum Pudding , McIntyre, McClaren and Old Town Well, indicating high grade open pit potential. New discoveries not only minimise any project risks involved, but further amplifies the value creation potential for the shareholders and community. Some of the assay results from the new discoveries are as follows-

All new deposits are located within the Sandstone project’s mining leases in close proximity of around 2.5 kilometres of the Sandstone gold processing plant minimising the hauling requirements upon development. The inclusion of the new deposits in the mineral resource estimates and Pre-feasibility Study is anticipated to enhance the economics of the gold project leading to the recommissioning of the Sandstone’s existing processing facility.

A sum of $4 million was placed under Middle Island’s existing placement capacity offering almost 363.6 million ordinary shares at an issue price of 1.1 cents per share in compliance with the ASX listing Rules 7.1 and 7.1A for equity placements. The offer price of 1.1 cents per share is 15.4% and 17.3% lower than the last closing price and 5-day VWAP.

The offer was managed by Bell Potter Securities Limited, one of Australia’s largest full-service stockbrokers and received an overwhelming response by both existing and new institutional and sophisticated investors.

Almost 265 million shares placement complies with ASX listing rule 7.1 with remaining ~99 million as per the ASX listing Rule 7.1A with the settlement of the equity placement to be completed on 19 May 2020.

The $4 million from the placement and the existing cash reserves would be utilised to fund the scheduled successive exploration programs at the Sandstone Gold Project and the feasibility study.

The Company intends to undertake the next phase of exploration and resource drilling at the Sandstone gold project and feasibility study, including:

With the encouraging investor support, Middle Island is well placed to accelerate the exploration and development of the Sandstone Gold project in the Tier 1 mining jurisdiction of Western Australia.