The RC drilling program has returned significant new drill intercepts from the Plum Pudding deposit, which include: 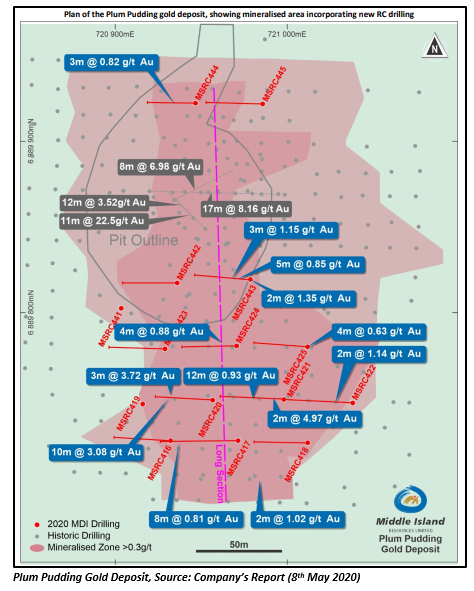 Contingent upon infill and verification drilling under the planned Phase 2 RC program, the Plum Pudding deposit will be evaluated under updated PFS (pre-feasibility study), targeted for Q3 FY20. 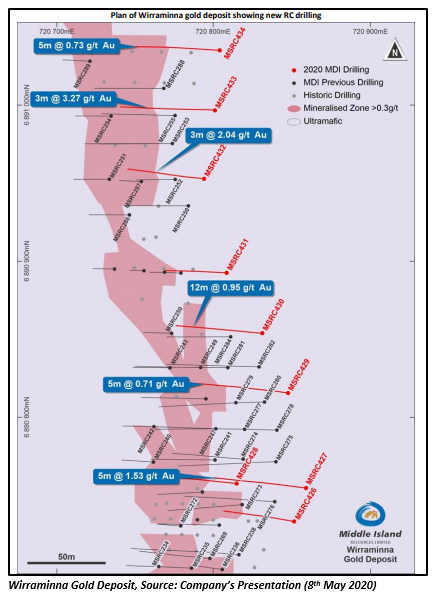 The Phase 1 RC drilling of the Wirraminna deposit was designed to upgrade peripheral Inferred Mineral Resources into an Indicated category and identify any potential mineralised extensions to the existing deposit.

Although no high-grade extensions were identified in the Phase 1 RC drilling, the mineralisation found is in harmony with adjacent drilling and is expected to result in a reclassification.

The robust results attained from the Phase 1 RC drilling program till date heighten the possibility of a positive decision to recommission the Sandstone mill. It would be interesting to keep a watch on the assays of remaining 65 RC drill holes (4,209m) expected in coming weeks, which may further strengthen the prospects of favourable recommissioning decision.