The electric car market has gone from strength to strength, thanks to many factors backing the electrification of the fleet. Many countries such as the UK, France, Sweden, New Zealand, China, Japan, etc., have pledged to reach net-zero emissions by 2050.

New CO2 emissions standards have been introduced for automakers, thereby increasing regulatory pressure for road vehicles. At the same time, the focus of COVID-19 recovery packages on renewable energy and carbon-neutral solutions could impart significant momentum to the EV market. 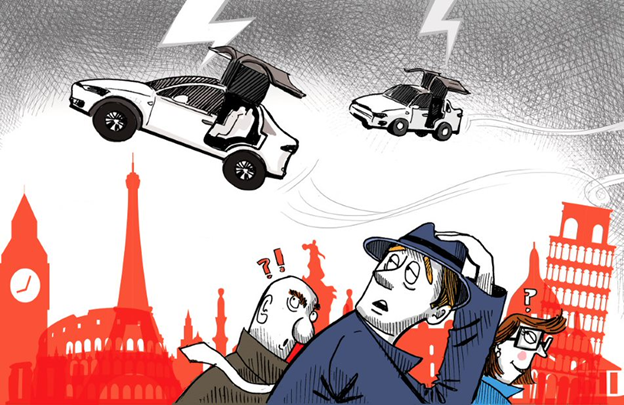 At this junction, decarbonisation of road transport is positioned to gain maximum through fleet electrification, as indicated in a study from EY and Eurelectric.

While Tesla Inc. (NASDAQ: TSLA) is riding the EV wave, many other automobile manufacturers across the globe have jumped in, intensifying the competition in the market at its nascent stage. Let us look at some major players that are dominating the EV market.

Tesla Inc.- The US Automaker

When it comes to EV setting, Tesla indeed is leading the industry as well innovations boisterously. The US Automaker steered by Elon Musk had set a 2020 target of achieving half a million deliveries. Tesla sales were quite close to the mark as the company delivered 4990,550 EVs globally last year. The production of 509,737 was achieved during the year.

ALSO READ: Why February Recorded the Worst Car Sales Since 1959

The pioneering high-end EV player reported the highest contribution from Model 3 and Model S, accounting for more than 80% of the deliveries. During Q4 2020, 180,570 deliveries were made, exceeding the production during the period by 813 vehicles. Tesla has commenced its production of Model Y at the Shanghai-based plant and is anticipating the deliveries shortly.

Volkswagen swung into action in the massive shift to electric mobility. Last year remained quite significant both in terms of EV adoption and performance of Volkswagen passenger cars. In 2020, the company delivered more EVs globally than ever before, marking an uptick of 158% over 2019. It includes the delivery of over 0.212 million electric cars in total, which includes 0.134 million battery electric vehicles.

Volkswagen Passenger Cars introduced nine new electric and plug-in hybrid models in 2020, expanding its share in Europe up to 12.4% (of the company’s total deliveries) from 2.3% in 2019. Notably, Volkswagen’s ID.3 model, launched in September 2020, remained the most popular model with sales of 56.5K units. Other models such as e-Golf2 and Passat GTE3 also saw significant sale. 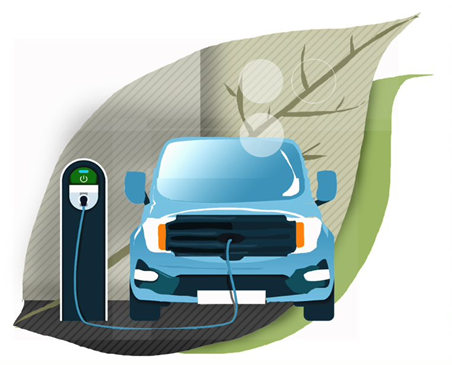 The Alliance aims to produce 7 million cars using the common platforms in the next couple of years. The common platform production is sought to be increased from 39% in 2019 to 80% in 2025.

Renault and Mitsubishi Motors Corporation are set to beef up their operational collaboration, with Mitsubishi intending to procure two OEM-model vehicles, starting 2023, from Renault for the selected European market.

How is Ramped up Global Efforts boosting the EV industry?

The Biden Administration has allocated US$174 billion towards developing the EV industry in the country out of the U$ 2.65 trillion infrastructure plans. 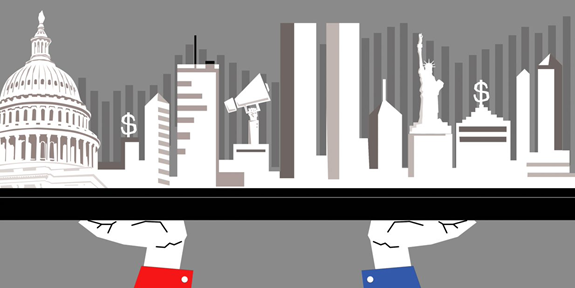 Meanwhile, the UK is set to become the first major developed country to toughen its greenhouse emissions targets for the next 15 years. The current target included reaching a 68% drop by 2030 vis-à-vis 1990 levels. However, the new target is to be set, which would focus on cutting 78% CO2 by 2035.

Meanwhile, China has become the focal point of EV production, with a bevvy of automakers, including BAIC, BYD, Nio and many startups setting foot in the EV market. However, the COVID-19 outbreak significantly impacted the sales last year. BYD sale of NEV plunged by more than 17% in 2020 from the previous year. In the wake of a sales dip, China’s Government announced to extend the EV subsidy, which earlier was due to expire on 31 December 2020. However, the subsidies for EV has been reduced by 20% for 2021.

The market for electric vehicles seems to be brimming, especially when the world is fighting ecological issues. While many developed nations like Australia is yet to see an EV boom with similar intensity, their battery commodity market has already heated up owing to the explosive demand for raw materials such as Lithium, graphite, etc., used in the EV batteries.