This article discusses the recent announcements made available to the public by the five companies engaged in the resources sector. These companies are involved in the business of battery minerals, including lithium, cobalt, graphite. Besides, one of the company is engaged in the production & exploration of gold. On 19 August 2019, the Australian benchmark index S&P/ASX 200 was trading at 6,511.3, up by 0.7% (at AEST 12 : 01 PM).

Letâs go through some of the resources sector related stocks in detail:

In an announcement dated 19 August 2019, the company advised on its broadened team & energy materials strategy. Accordingly, the company has made significant progress on its work related to graphite development through the establishment of solid commercial & technical network in the US region.

Although, the stakeholders in the US, including of - the investment community, industry and the government has been interested and concerned about the supply chain thematic of âcritical mineralsâ. Besides, the Chinese dominance in the energy resource market such as battery-grade, graphite, lithium, cobalt & rare-earth elements (REEs) has added to the cause. 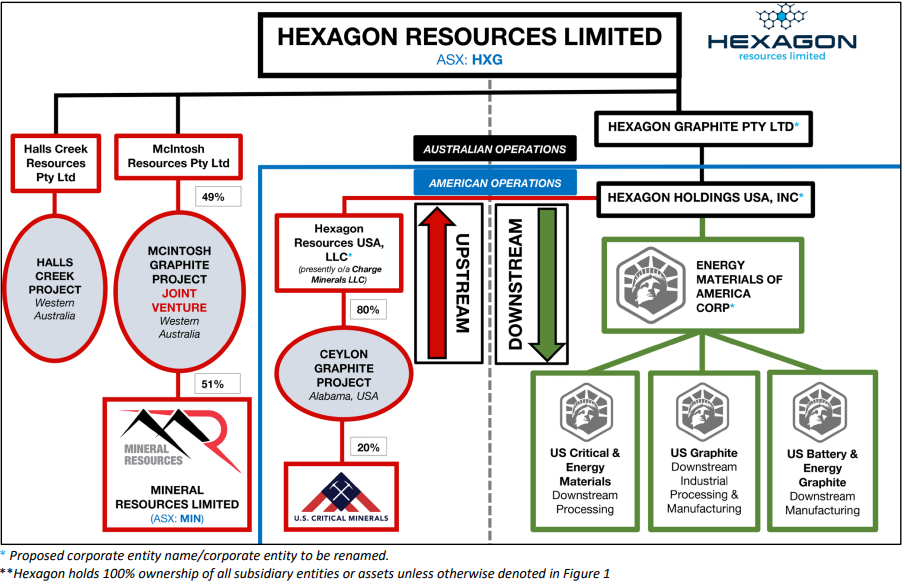 Reportedly, the discussion with the potential funding partners had emphasised on the companyâs potential to tap the suite of energy/critical minerals. The company believes such evolution in the strategy provides complementary opportunities in its downstream commercialisation strategy with a prolonged focus on fast-tracking towards cashflows.

Meanwhile, the company also appointed Dr Gareth Hatch, CEng, FIMMM, FIET as Senior Strategic Technical Advisor. He is a critical materials expert with over two decades of experience in permanent magnets (PMs) and Li-on batteries. Additionally, he would be guiding the battery-graphite development program.

Meanwhile, the company intends to progress with this strategy before the end of 2019, and discussions are underway with potential funding partners. Besides, the initial focus is on graphite product developments to fast-track cashflows. Further, the upstream developments remains an important component of the strategy. 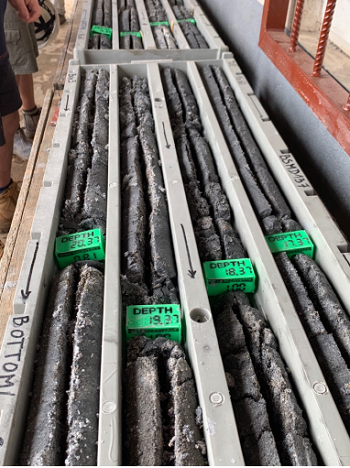 Reportedly, the preliminary results have been extremely encouraging to underpin the objectives. The Mahela drilling proved graphite mineralisation, being significantly thicker than the known mineralisation at the Mahefedok and Loharano Deposits.

Besides, the results from Mahela depicted a large proportion of mineralisation in the >180 microns category, and graphite flakes of up to 7k microns in size have been geologically logged. More importantly, the graphite greater than 180 microns are called large flake, and such large flake graphite provides premium pricing of the product.

As per the release, at Mahefedok, the company completed drilling at the Mahefedok North Pit with additional mineralisation, which was not originally identified in the maiden mineral resource. Besides, the company would incorporate the latest information on the drilling work in the update related to the Companyâs Mineral Resource Statement.

On 19 August 2019, the company reported on the Euro JV Project Drilling, which is a part of companyâs farm-in agreement with Newcrest Mining Limited (ASX: NCM). Accordingly, PRX drilled a total of seven diamond holes for 2,730m testing three targets at the prospect named Dune. 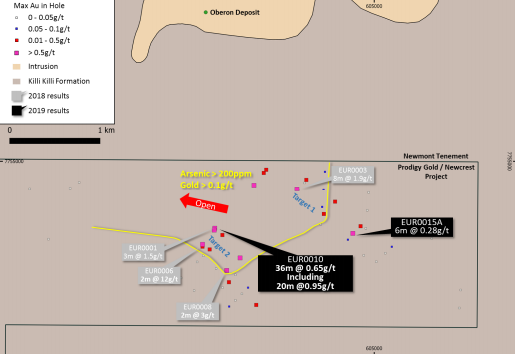 Reportedly, the recently completed drilling program tested the IP geophysical target position for Anomaly 1 & Anomaly 2, and a drill hole, at target 3, was co-funded by the Northern Territory Government as part of its Resourcing the Territory initiative. Besides, the drilling at Anomaly 1 & Anomaly 2 intercepted Killi Killi formation interpreted to overlie the prospective Dead Bullock Formation.

Meanwhile, gold mineralisation was intersected in the northern line drilled with the best results of 36m @ 0.65g/t Au from 104m including 20m @ 0.95g/t Au from 105m in drill hole- EUR0010. Further, drilling work into target 1 tested gravity gradient, and the prospective Dead Bullock formation is anticipated to be at a greater depth.

The companyâs additional RC drilling is proposed to test the anomalous arsenic and gold trend further to the north-west at Anomaly 2 at Dune. Besides, the final design of the program is underway, and drilling work is expected to be completed in the September quarter of 2019. Reportedly, the Airborne magnetic survey data has allowed the refining of reconnaissance targets in the north of the Euro Project. Besides, the partial permitting of the Aircore/RAB drilling has been received, and further approvals would be required to drill all the targets.

Reportedly, the assay data supports the Phase 1 Plant design parameters along with average lithium recovery of more than 90% to the intermediate product liquor. It is expected that process optimisation and improved process control capabilities would result in higher future recoveries.

Reportedly, SOP was recovered from the L-MaxÂ® intermediate product in the pilot plant crystalliser, and potassium sulphate of more than 96% purity was produced, equivalent to 52.2% K20. Besides, the by-products from the potassium sulphate â caesium and rubidium products would be undertaken in R&D test work, starting in August, for market evaluation during December 2019 quarter.

On 19 August 2019, the company announced that COB-BPL Expert Determination would publish by 2 September 2019, as advised by the Independent Expert (IE). 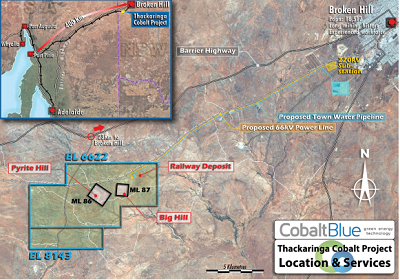 The company had published the quarterly report on 24 July 2019 for the period ended June 2019. Accordingly, it was mentioned that the Joint Venture Dispute with Broken Hill Prospecting Limited (ASX: BPL) was progressed during the quarter. Reportedly,Â the parties provided necessary materials to the IE for the final binding termination, and it anticipated a response from IE by mid-August 2019.