Penny Stock Explained: Penny stocks are the stocks trading at an extremely low price, bearing a very low market capitalisation. They are commonly valued at a price less than $1 per share and are usually listed on a smaller stock exchange. These stocks are generally said to have a market capitalisation of $50 million to $300 million. As they are illiquid in nature, there is a high risk associated with investing in penny stocks. Despite carrying high risk and volatility as compared to blue-chip shares, these stocks can prove to be beneficial for an investor’s portfolio due to their acquaintance with small caps and their upside.

Penny stocks are often the offering of companies which are in the growing phase with limited cash and resources. The high level of risk associated with them calls for a high-risk appetite from the investors. The companies use the platform to obtain funding from the public which can provide a larger marketplace in the future.

Risks associated: Risks pertaining to penny stocks are majorly characterised by chances of bankruptcy or high leverage. Finding credible information about penny stocks is very challenging due to lower coverage of such stocks by the industry analysts. There have been incidences where penny stock scammers have deceived inexperienced investors by luring them into making investments in worthless and cheap stock.

Scams in the space: There are a number of scams in the space that persuade investors to put in money in penny stocks, leaving them with no returns. Few scams have been explained below:

Looking at the above factors, investing in penny stocks is purely rooted in the idea of high-risk high reward. Due to the lack of information available on the stocks, the investors must have high risk-taking appetite and rely on the limited information available to invest their money. Deploying a large percent of one’s portfolio allocation into penny stocks won’t be considered a wise decision due to their inherent risky proposition. But the returns from a penny stock turning the corner is usually high and hence lures the market participants to wager a bet.

Pre-requisites of investment in Penny Stock: Due to the inherent risks, penny stocks require high care and attention while investing. A blend of the below three considerations can help to make an appropriate choice while investing in a penny stock:

In a presentation released to the exchange on 6 June 2019, the company notified that its flagship project, Muga Project, has received the grant of a positive Declaracion de Impacto Ambiental (DIA) from the Ministry for Ecological Transition. With the DIA grant, the company has obtained the key environmental permit, enabling it to move forward with the project. To begin the construction work, the company will now initiate the process of obtaining Mining Concession and construction permits. Muga Mine is a high margin potash mine and the approval will be a game changer for the company, as the global demand for potash is steadily increasing. The company also received an ASX approval for a trading halt for the purpose of continuous disclosure obligations related to the permit received for the project. 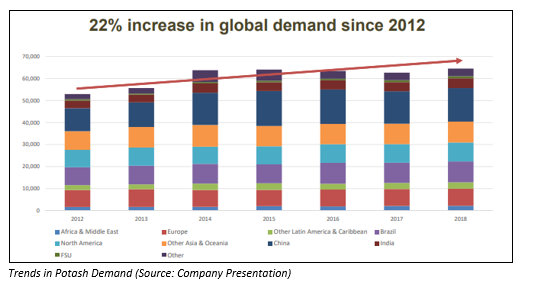 Report for the Quarter ended 31 March 2019: In a separate release to the exchange on 24 April 2019, the company unveiled that it had a total Cash at bank of A$50.2 million as at 31 March 2019. Confirming the technical and economic viability of the project, the company continued to have constructive discussions with authorities for environmental permit for Muga Project. Highfield also notified about Vipasca as a potential extension of its flagship project and its strategic importance. During the period, it started a new drill hole at the location.

Hexagon Resources Limited (ASX: HXG) is primarily engaged in the exploration and development of minerals on its projects in Australia. The company released a presentation on 6 June 2019 to update its stakeholders about the corporate strategy along with a status on the strategy components to avoid any ambiguity. The presentation comprised updates on the McIntosh Joint Venture and the recently acquired US graphite assets.

As part of its strategy, the company aims at establishing a cash flow positive business and operating an integrated upstream to downstream business. The Upstream business revolves around the McIntosh deposits and the Joint Venture sponsored by Mineral Resources Limited and Alabama mineral claims. The Downstream business focuses on employment of flow sheet and cutting-edge technologies to supply high-end products.

MJV has 51% of its stake held by MinRes and 49% held by Hexagon. MinRes requires to commence the production of graphite concentrates by 14 May 2021 to maintain the 51% interest held its stake in the JV. The company is required to complete the assessment of viability of the graphite concentrate production by November 2019. In the month of March, Hexagon also acquired an 80% stake in Charge Minerals LLC, which has Mineral Claim Agreements in Alabama. The acquisition is expected to be a success due to Alabama’s mining and development friendly jurisdiction. 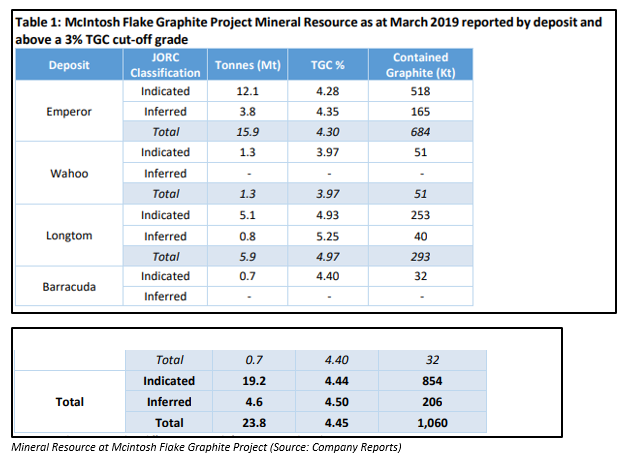 Quarterly Activities report for the Period Ended 31 March 2019: The report covered the final results of the 2018 Drilling Program at the MJV project. The quarter ended with a cash at bank amounting to $4.87 million. Cash outflows during the period totalled to $0.93 million, spent collectively on exploration and development, administration and staff costs and a US investment. Cash inflows during the quarter were not that significant.

Tinybeans Group Limited (ASX: TNY) is a provider of mobile and web based platforms, helping parents record and share digital data securely. At Apple’s Worldwide developer conference with a theme of user data privacy, Tinybeans has been chosen as the “App of the Day” in 76 countries, including Brazil, Australia, France and 73 others. This title will further drive the impressions of the app in the countries by 2 to 3 times in the next 24 hours. The announcement has been made to the exchange on 6 June 2019. As on March 2019, Tinybeans has more than 3.2 million registered users and over $1.9 million YTD revenues. The company now has 1.14 million monthly active users.

Financial Highlights: During the quarter ended 31 March 2019, Tinybeans reported an Advertising Revenue of $541,800, up 187% from the prior corresponding period. The Subscription Revenue during the period amounted to $132,728, up 44% from the same period a year ago, while Printing Revenue was recorded at $29,850 which increased by 242% from Q3FY18. As at 31 March 2019, the company reported a cash balance of USD1 million and expects to maintain a positive cash balance by the end of calendar 2019.

As per the guidance assumption for the remainder of the calendar year, Tinybeans expects no increase in cost base with the current quarter cost base of approximately USD1.15 million. The company has been on a roll with recent developments through six brand partnerships during March 2019. 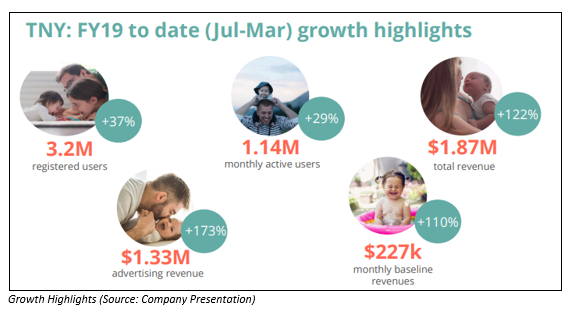 Neurotech International Limted (ASX: NTI) is involved in the production of wearable neurotechnology devices for neurological conditions such as autism. The company is engaged in research, design and marketing of its medical devices.

On 5 June 2019, the company launched a pilot version of Mente Clinic, which enables clinicians to interact with Mente patients virtually to monitor their progress from remote locations.

Quarterly Activities report for the Period Ended 31 March 2019: The company launched a new e-commerce platform, www.mentetech.com, in March. During the period, the company also registered a neurofeedback device in the United States. The company is on track to launch the device in US-based clinics during mid-2019. Meanwhile, a renounceable rights issue to shareholders has also been released. The company announced 1 new share for every 1 share held as at 4 February 2019. The offer closed with the issue of 26,122,966 shares on 25 February 2019.