All the three stocks are currently priced closer to their 52 weeks low levels. Alligator Energy is trading at a market price of $0.004 with 52 weeks low level of $0.002. Other two stocks, namely Bass Metals and Oakajee Corporation, are currently trading at a market price of $0.009 and $0.052, with 52 weeks low levels of $0.007 and $0.050, respectively. Looking at the performance of the stocks over a period of one year, negative returns were reported in all the three cases. Bass Metals, Alligator Energy and Oakajee Corporation reported negative returns of 73.33%, 70.00% and 20.00%, respectively.

Alligator Energy Limited (ASX: AGE) is engaged in the exploration of uranium and other energy minerals. The company recently released a market update regarding work across the re-discovered Piedmont Ni Co Cu province in northwest Italy. The company is farming into and has direct lease applications in a historic Ni Co Cu mining area in the Piedmont region and is now looking for interest from potential strategic partners to invest into the project and support the progress of the ongoing work program including drilling.

In the March 2019 quarterly update, the company in conjunction with a leading ARUP and global uranium exploration geologist and an experienced ARUP structural expert, reported new structural and regional geological interpretations for Uranium. Inputs from the experts helped the company increase its understanding of the regional geological setting in the major uranium deposits of Jabiluka, Ranger and Ranger 3 Deeps.

On the outlook front, it has been observed that uranium has been mostly sold under long term contracts at above spot price mechanisms. The recent excess supply has facilitated higher spot and medium terms sales with the now increasing spot price. 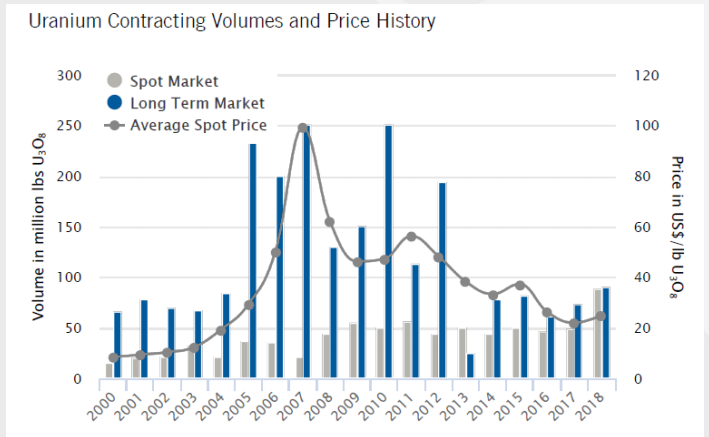 Under Energy Minerals, the company came across unusually high number of Ni-Cu-Co sulphide occurrences for the Piedmont project upon review by a global Nickel expert. The company is amenable to cost effective mineral processing with low Ni losses, as a result of a remarkable nickel tenor within sulphides with the main Ni bearing mineral, pentlandite combined with low concentrations of Ni in pyrrhotite. Drill permit applications for the same are under process with final grant anticipated around mid-year.

During the quarter, 3,884,659 fully paid ordinary shares on the vesting of Zero Strike-Priced Performance Options were also issued to employees and contractors as short-term incentives for the 2018 field season.

Plans in the pipeline: The company is further planning to hold final discussions for strategic partnerships with respect to the ARUP projects. In addition, the company also expects to complete the advanced geophysical data re-processing trial to 3D model the structural and lithological settings on the ARUP tenements. It is looking for advancement in the Nabarlek North application process and develop initial exploration plans for the same.

Bass Metals Ltd (ASX: BSM) is engaged in mineral exploration. In a recent announcement to the exchange, the company updated that it has signed an agreement for the supply of graphite concentrates into the Indian market. The deal offers a unique competitive advantage to the company since India is a rapidly growing and modernising economy with modest domestic graphite production. The company has sold over 600 metric tonnes of graphite concentrates into the Indian market over the last year.

Imports into India from Madagascar and other parts of the world grew in 2018, leaving Bass well positioned to substantially meet the growing demand and the supply gap over the next year. Thus, the company is planning to substantially increase supply to India in the next year, parallelly expanding production to meet the growing demand in the country. Bass expects the supplies to India to exceed 3,000 metric tonnes in 2020. The company has also appointed an agent in India to explore opportunities to supply graphite concentrate into the spherical and other upstream markets.

The company released another update for the capital raising of $4 million through an issue of convertible notes. The capital raising is being planned to accelerate exploration and continued development of Graphmada Graphite Mine. 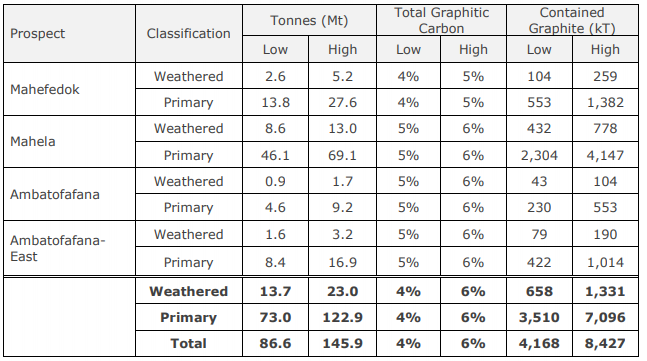 In the recent sales and exports growth update for the 100% wholly-owned Graphmada Large Flake Graphite Mine in Madagascar, the company reported that cash receipts from sales in the June 2019 quarter are expected to be in the range of $550,000 to $700,000 as compared to $328,000 in the previous quarter. Shipments as at 17th May 2019 exceeded 450 metric tonnes with expected quarterly shipments to be in the range of 900mt to 1,000mt, higher than the shipments of 734 metric tonnes in the March 2019 quarter.

Given the above predictions, the company is expecting a much stronger production quarter with improved production conditions leading to strong and consistent sales growth. The company is experiencing strong demand for its higher priced and superior large flake concentrates and made a significant early investment in the Stage 2 expansion with the help of sales receipts.

In another recent update, the company announced the acquisition of 200,000 fully paid ordinary shares by Douglas John Rose, Director of the company, for a consideration of $10,000.

The company recently raised $2,000,000 under the public offer and has provided anticipated exploration program and budget for the first two years of exploration based on the actual funds raised. 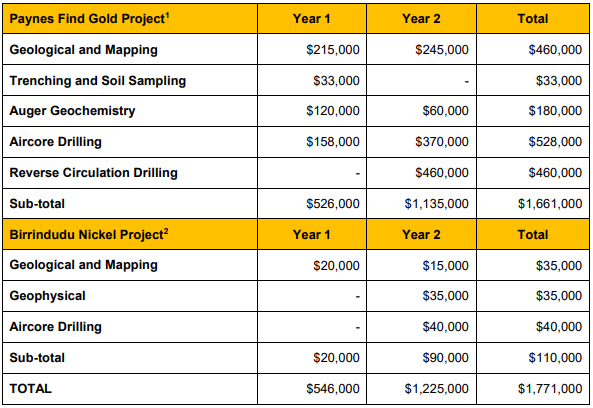 During the March quarter, the company entered into a binding conditional purchase agreement to acquire a combination of exploration, prospecting and mining licenses and selected minerals rights within the Paynes Find Greenstone Belt in Western Australia. At the end of the quarter, the company had approximately $1,422,000 in cash and 11,000,000 shares in Santa Fe Minerals Limited. As at 31st March 2019, the market value of the companyâs investment in the entity was $1,001,000.