While making investment decisions, investors consider a range of strategies to build wealth and reduce the probability of losing their money. Out of several investment strategies, one is diversification, wherein, an investor parks his/her hard-earned money in different asset classes that can earn the highest return for the least risk.

Good Read: Hanging Up Your Boots? Investment Strategies to Help you Relax and Build Wealth

In the article below, we are discussing few ASX-listed diversified stocks, covering their recent market updates. Let us check how these companies are placed amid the current market turmoil caused by the COVID-19 pandemic.

Jumbo Interactive Limited (ASX: JIN), operating in the online and digital lottery retail industry, on 29 June 2020, announced to have extended its 15-year relationship with Tabcorp Holdings Limited and associated subsidiaries. The parties have signed a binding term sheet concerning new reseller agreements for the next 10 years to around July 2030.

The revised agreements recognise the enlarged scale of JIN and the fundamental value of Tabcorp’s lottery licences to the company. Accordingly, JIN would pay an upfront extension fee amounting to $15 million for the term of 10 years, along with a service fee of 4.65% of the ticket subscription price.

Do Read: How JIN Performed in the COVID-19 pandemic?

For FY20, the company expects to have 39 large jackpots with an aggregate value of $1.57 billion and average value of $40.1 million.

Servcorp Limited (ASX: SRV) is engaged in the provisioning of Executive Serviced and Virtual Offices, Coworking and IT, Communications and Secretarial Services.

SRV Reorganises US Operations - At the end of June 2020, the company announced closure of 12 locations in the United States through reorganisation. These locations include Atlanta (2), Boston (1), Dallas (2), Los Angeles (2), Miami (1), Philadelphia (1), San Francisco (2) and Washington DC (1).

The company estimated $5.5 million (US$3.8 million) as the one-off, cash cost of the reorganisation. SRV highlighted that the reorganisation does not imply that its global footprint would shrink, and the company is passively looking for locations where it can expand in early 2021.

Do Read: How these Real estate players performed in 1H FY20?

McMillan Shakespeare Limited (ASX: MMS) is in the provision of remuneration, asset management and finance services to public and private organisations, mainly in Australia.

MMS to Acquire JV Partner’s Share in Plan Partners - Recently, MMS entered agreement to acquire the 25% interest of its joint venture partner in “Plan Partners” for a consideration of $8 million. The transaction would be financed from existing cash reserves and is likely to close on or around 30 June 2020.

Business Update and FY20 Profit Estimate - Salary packaging business of the company continues to be unaffected by the COVID-19 containment measures. MMS is focusing on extending and restructuring customers lease arrangements. New asset financing in ANZ has remained subdued.

For FY20, the company expects underlying net profit after tax in the range of around $69 million to $72 million. MMS is due to announce its financial results for the year ended 30 June 2020 on 19 August 2020.

Austal Limited (ASX: ASB) is engaged in the designing, manufacturing, and support of high-performance vessels for commercial and defence customers worldwide.

12th Vessel Delivered to U.S. Navy - The company recently announced that Austal USA has delivered its 12th Independence-class Littoral Combat Ship (LCS) to the U.S. Navy, from its shipyard in Mobile, Alabama. 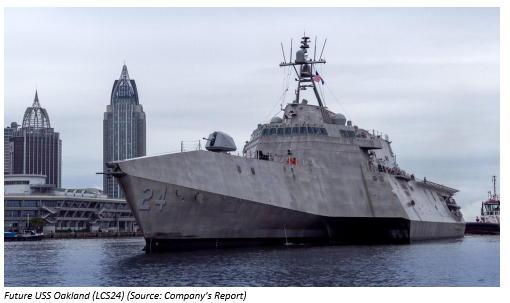 Do Read: Why these ASX-listed companies are under the radar of investors?

Perseus Mining Limited (ASX: PRU), is a multi-mine, multi-jurisdictional explorer, developer and producer of gold, successfully operating in West Africa. As per the recent announcement by S&P Dow Jones Indices, Perseus Mining Limited has been added to S&P/ASX 200 Index, effective on 22 June 2020.

PRU Proposes to Acquire Exore Resources - In an update early June 2020, the company announced to have reached a Scheme Implementation Deed to acquire 100% of the issued share capital of Exore Resources Limited at a consideration of $59.8 million, by way of scheme of arrangement.

Shareholders of Perseus and Exore are likely to be benefited from the increased strength of the combined entity. Moreover, PRU will get access (ownership) to around 2,000 km2 of highly prospective land in northern Côte d’Ivoire, after completion of the transaction. The land is close to the company’s operating Sissingué Gold Mine.

The company stated that the grant to eligible regional media businesses would be deployed during the 12-month period from 1 July 2020.

SXL is eligible under:

Both of these streams provide local content to communities right around Australia.

On 29 June, the company unveiled to have cemented its level of loan provisioning for the potential impact from the pandemic. It received an investment grade issuer credit rating of ‘Baa2/P-2’ (long term/short term) from Moody’s.

MYS expects a rise of in the collective provision and general reserve for credit losses of around $3.0 million to $4.0 million.