What is meant by revaluation?

How is revaluation carried out?

Consider the following example depicting the exchange rate determination of Dollar in terms of Euro. The supply of Euro is the quantity of Euro available as foreign exchange with the US, while the demand for Euro reflects its demand in the US. Here, Dollar is the domestic currency and Euro is the foreign currency. 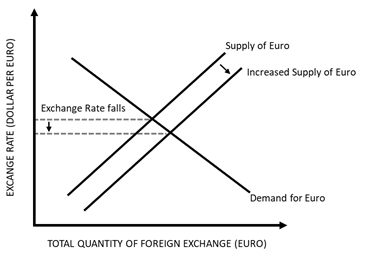 In the above diagram, the supply of Euro in the economy is increasing, while the demand for Euro remains the same. As more units of Euro are kept as foreign exchange, Euro depreciates while Dollar appreciates. This is how countries can influence the value of the currency by changing the supply of foreign exchange reserves.

What is the effect of a revaluation?

A revaluation would impact the domestic currency in the following ways: 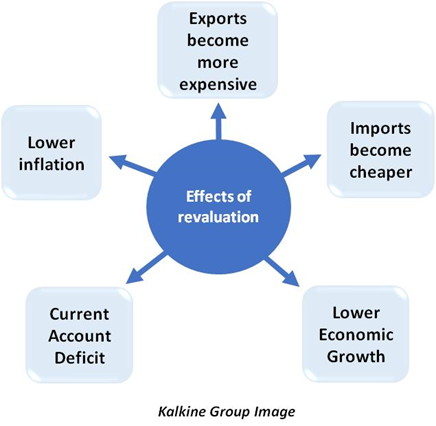 Why do countries revalue their currency?