What is Amortisation of Intangibles?

Amortisation of an asset refers to an accounting process of spreading cost of an intangible asset over its useful life. Amortisation is applied alongside Depreciation to expense the cost of capital investments made in assets that are capitalised on balance sheet. 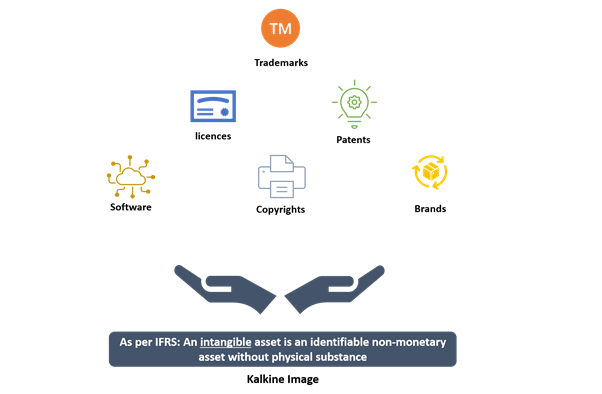 Similar to Depreciation, it allows businesses to lower the tax liability since it is recorded on income statement as an expense. Intangible assets are recognised when cost of the asset is measurable, and future economic benefits are likely.

A business should be able to measure cost of intangible asset to capitalise on balance sheet. Despite no physical substance, it should have legal rights over the asset and ability to transfer ownership. Intangible assets are expected to generate future economic benefits for an enterprise.

Future economic benefits such as an expected increase in operating revenue of the company. Consider ABC Ltd has a five-year license to export specific goods in Japan, therefore ABC Ltd can generate sales through the license.

But sometimes firms can develop intangible assets internally. Generally, it is research and development. Firms cannot capitalise expenses of a potential asset during the research, and expenses are recorded in income statement. During the development phase, firms can capitalise the expenses after: 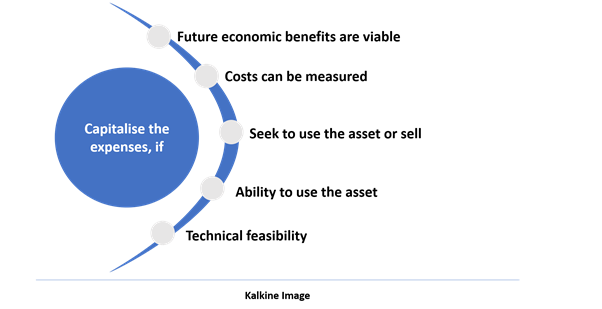 Internally generated goodwill is never capitalised, and goodwill can only be recognised during a business combination. Firms may generate intangible assets internally, but they should be able to measure cost to capitalise it.

How are intangible assets measured?

An enterprise can separately purchase an intangible asset, which is recorded at cost. Internally generated assets should be able to meet above criteria (image), and others are mostly measured at fair value. 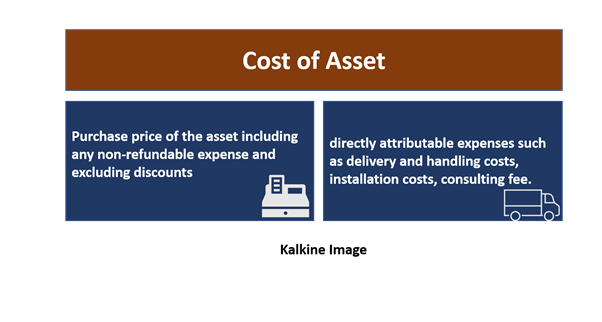 How are intangibles assets amortised?

Intangible assets are amortised over the useful life. The amount of amortisation allocated to each year is the cost of the asset less residual value. It is important to have a useful life for the asset to allocate amortisation expense each year.

After arriving at the useful life of the asset, firms may use any method of amortising an asset like the straight-line method, accelerated method or units of production method.

What about indefinite life of intangible assets?

Amortisation of goodwill – the debate continues

IAS 38 says that internally generated goodwill should not be recognised as an asset since it is not identifiable and measurable. But goodwill arising due to business combinations is recognised and capitalised under IFRS 3 Business Combinations.

IFRS 3 roughly says that goodwill is measured as the difference between consideration of the business and fair value of separable net assets acquired during the transaction. Just like intangibles with an indefinite life are tested annually for any potential impairments, purchased goodwill is also subject to annual impairment testing.

Stakeholders and investors have been critical of the annual impairment approach used by corporations to evaluate accumulated goodwill. They noted that businesses are recognising impairment losses ‘too little, too late’.

Consider a distressed business is acquired by a high performing business, the subsequent impairment test will be conducted on the combined entity, resulting in higher levels of internally generated goodwill.

The topic is also getting attention as impairment testing requires significant estimates and judgements that includes measurement of future cash flows. Management can also influence the timing and scale of impairment.

In 2004, the impairment approach to goodwill valuation was introduced. Before that, goodwill used to be amortised, assuming that life is not more than 20 years. It was also required to test goodwill for impairment purpose under certain circumstances.

Proponents of amortisation of goodwill say that using amortisation allows to avoid complexities involved in impairment testing and provide a steady decline in the recorded value of goodwill. Likewise, a steady charge to goodwill would alleviate the fluctuations of reported profits.

The International Accounting Standards Board is conducting 2020 agenda consultation, and responses are welcomed by the body until 31 December 2020.

Here’s why Nufarm (ASX:NUF) shares are on investors’ radar today?

Webjet (ASX:WEB) swings back to profit in 2H22; why are shares sinking?

Y & BRAG: 2 cheap media stocks to buy on the back of Q1 results