What is meant by the term EBITA? 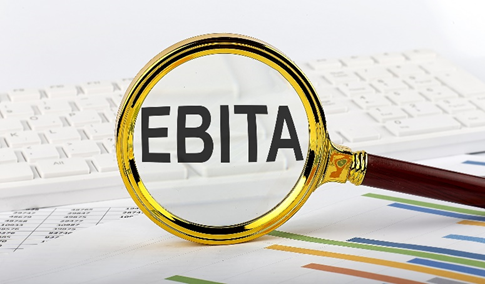 Why is the EBITA value needed?

In accounting, a profit and loss statement is used to calculate the profits earned by a company by deducting all the costs incurred from the revenues generated in a period. However, there are several types of costs incurred by a business. These include the cost of goods sold, selling and administration costs, finance costs, taxes paid etc. On a broader basis, these costs can be classified into operating and non-operating expenses. Cost of goods sold and selling and administration are considered operating expenses since they are directly linked to the business's core operations. On the other hand, expenses like finance costs and taxes are considered non-operational. For instance, the finance cost is dependent on the financing mix or the debt level of the business. Hence, two companies operating in the same sector could have varying finance costs depending on the financing decision. Similarly, tax rates depend on the geography a business operates. So two companies with exactly the same business and having similar business models could pay different taxes since they are operating in different geographies.

Such variations in accounting often cause issues in comparability, even for companies within the same sector. To overcome this issue, operating profit is calculated to understand the core operational profitability of the business and compare businesses. Earnings before Interest and Taxes (EBIT) is the most commonly used operating profit measure as it excludes the aforementioned non-core expenses.

However, the flexibility provided by regulators for recording certain costs could create comparability issues across companies. Depreciation and amortisation expenses are some of the significant items which could create such issues. 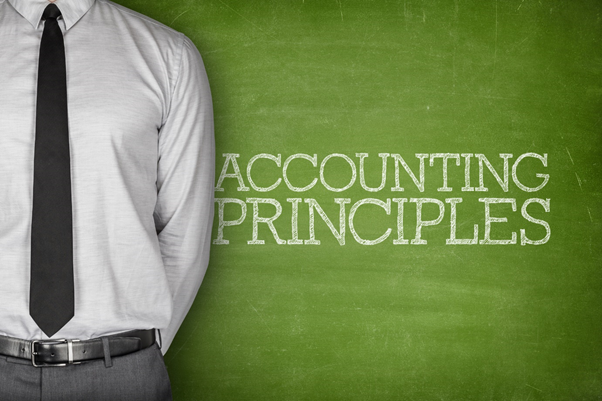 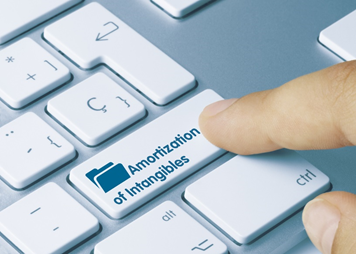 What are the advantages of EBITA?

There are two ways of calculating EBITA, depending on the availability of data.

In the first method, EBITA is calculated using a top-down approach. For this, all operating expenses other than amortisation are deducted from the company's revenue to arrive at the EBITA. Broadly, this can be written as follows:

However, in some instances, a breakup of a company's costs might not be readily available, especially in private companies. In such cases, a bottom-up approach to arrive at EBITA might be more manageable. For this, interest expense, tax charges and amortisation expense are added to the net profit or loss to arrive at EBITA.

Let us take the example of a company XYZ which has reported the following in its financial statements: 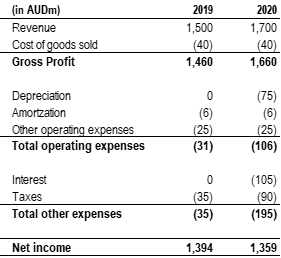 As can be seen from the statement, the company’s gross profits have increased, but the net income has decreased. Does that mean that the company has not performed well operationally? To answer this question, let's calculate and analyse Company XYZ’s EBITA.

As discussed above, we can calculate EBITA using the second formula,

The EBITA calculations show that the company’s operating profits have also grown in line with the gross profits. However, the increase in depreciation, interest and taxes have caused a drop in net profits. Increased depreciation could be a result of increased capital investments.

Similarly, higher interest expense results from higher debt, which could mean that the proceeds were used for capital investments when seen with higher depreciation. On the other hand, taxes have grown in line with the higher operating profits. So in effect, the net income decline is not precisely alarming given that the decline resulted from the aforesaid expenses, which could pave the way for future growth of the company. However, if one looks just at the movement in net income, it might be misinterpreted.

Canada Day 2022: 2 TSX midcap stocks to celebrate it with

MYD, BBL, ATA – How these consumer discretionary stocks are faring?

AV., AJB, XPS: Should you go for these pension services stocks?

How The Star’s (ASX:SGR) shares reacted to appointment of new CEO

BBT, CKF, NST: Why these ASX shares jumped over 6% yesterday