What is meant by Exchange Rate?

Exchange rate refers to the value at which one currency can be measured against another currency. They are significant for open economies as they allow countries to trade, and they are important indicators of an economy’s well-being.

What are the different types of exchange rates?

These exchange rates are ‘flexible’ and vary with market forces. As a result, they fluctuate with time. However, under tight circumstances when the exchange rates fall too low, central banks have the provision of intervening and stabilising the rates.

A floating exchange rate reflects, more effectively, how the economy is performing. Since there is no constant regulation of authorities, flexible exchange rates adapt faster to economic changes in the home country than fixed exchange rates.

Some of the currencies that follow a flexible exchange rate are Canadian Dollar, US Dollar, Pound Sterling, Japanese Yen and Australian Dollar.

Most international markets observe a floating or semi-floating type of exchange rate. The regime adopted by the Canadian Dollar can be considered the closest a currency can get to a fully floating exchange rate.

How are exchange rates determined?

Consider the following example that shows how the exchange rate of Dollar in terms of Euro is determined. The supply of Euro refers to the quantity of Euro available as foreign exchange, while the demand for Euro reflects its demand in the domestic country. 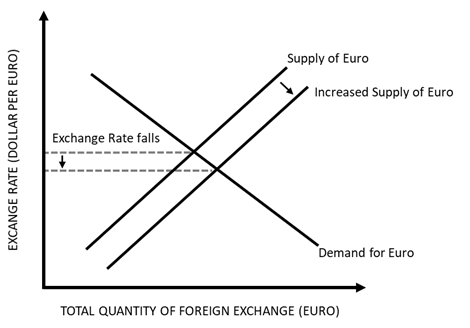 Considering the above diagram, the supply of Euro in the economy is increasing, while the demand for the Euro remains the same. As more and more units of Euro are accumulated as foreign exchange, Euro depreciates while Dollar appreciates. 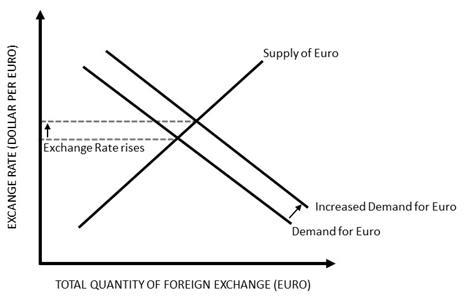 Apart from these natural shifts, countries can also manipulate exchange rates. It is possible to change the value of the domestic currency with respect to foreign currency by changing the supply of foreign exchange reserves of the latter. This method is used by central banks of various countries to devalue or revalue their domestic currency.

If the current exchange rate is maintained at 2:1, the home country can just announce that the value of the domestic currency will be devalued to 10:1. This is known as devaluation. This further decreases the value of the domestic currency. Further, if the central bank announces that the exchange rates will be maintained at 7:1 then this is called revaluation.

What powered Incitec’s (ASX:IPL) first- half profit to record levels