What is the national debt?

The national debt, also known as government debt, sovereign debt, or country debt, is the intragovernmental and public debt owed by a country's government to its creditors. Bonds and other debt securities account for most of it, but it can also come from direct borrowing from foreign institutions such as the World Bank.

What does a national debt imply?

The term "national debt" refers to a country's government's debts, which are largely made up of debt securities and bonds.

There are two types of debt in the national debt. The government owes this debt to bondholders. 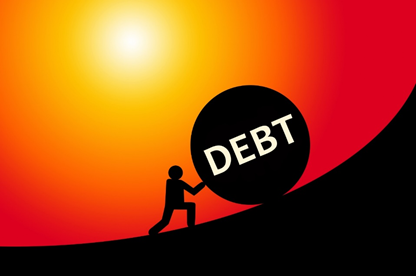 With a larger economy, the country's capital markets are likely to expand, allowing the government to issue more debt. This assumes that the size of the debt as a percentage of the total economy, rather than the dollar sum, would be determined by the country's ability to repay debt and the impact the debt will have on the economy.

Some argue that the government's excess national debt affects the country's economic sustainability, with consequences for currency strength in trade, unemployment, and economic development. Others contend that the national debt is manageable and that there is no need to be concerned.

How is the national debt calculated?

Debt, though measured in trillions of dollars, is most commonly calculated as a percentage of gross domestic product(GDP) or the debt-to-GDP ratio. This is because as a country's economy increases, so does the amount of money available to pay off its debts.

How does the government receive the cash?

The government can borrow money in a variety of ways, adding to the national debt. Governments can borrow money from foreign institutions such as private financial organisations and the World Bank, as well as sell financial securities. 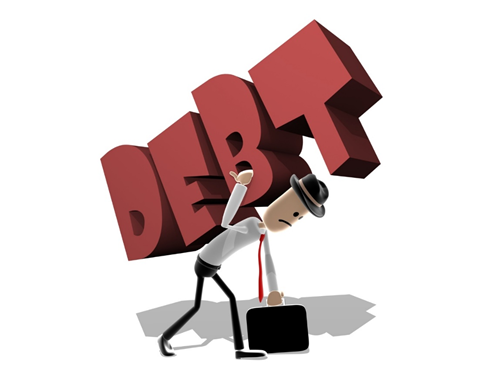 What is the classification of the national debt?

Different levels of government may issue national debt. The debt's risk profile is determined by the issuer.

Holders of the national debt

There are several mechanisms for repayment, such as using taxes to repay government debt, but repayments may also be obtained from a particular source, such as tolls if the debt has been used for highway construction.

The national debt, like other types of debt, has various period spans, with the majority of the time having a long maturity.

What is the difference between Debt vs. Deficit?

Deficits are not the same as the national debt. When the government's expenses exceed its  revenues in a given year, a deficit is created. To fund the deficit, the government can issue debt by raising taxes or selling assets. As a result, the deficit is not equivalent to debt, but if funded with debt, it would add to the debt.

What instruments are used to issue the national debt?

Governments can also obtain funds through commercial bank loans. There are government-to-government syndicated loans. They are not tradeable, unlike bonds, although there may be financial securities linked to the performance of these loans, such as credit default swaps.

The country's central bank issues government bonds in local currency. The central bank auctions liquid and tradeable bonds to citizens via financial institutions after lending money to the government.

How is the Australian government dealing with the national debt?

Australia's government has never defaulted on its debt, and its bonds are AAA accredited by all major credit rating agencies, rendering Australian debt instruments extremely stable to invest in.

RBNZ raises interest rates again, what to expect from RBA?