Debt is arguably the primary source of funding in the capital system, it is debt that keeps the Government functioning, corporations running, and households astute or perhaps flourishing. It is an obligation of a party to repay certain value or money to the party that lent money earlier.

But before we talk more about debt, read. 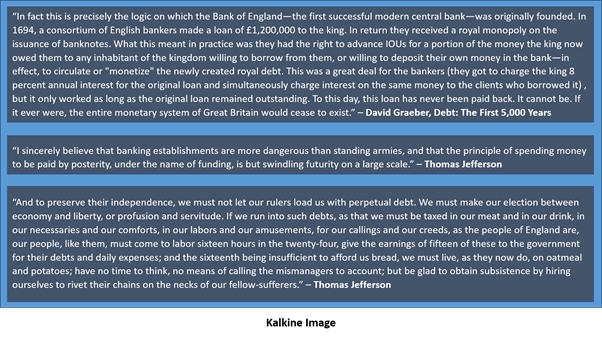 Debt has also been at the heart of many crises that mankind has come across. Since debt can be taken by Government, corporations or individuals, it becomes an obligation for each borrower to repay funds along with any interest, and failure to repay debt impacts the creditworthiness of the borrowers and future borrowing abilities.

What are major types of debt?

Household debt is owed by individuals or group of individuals. Debt allows people to use expected income which has not been earned yet. To use future expected income, the borrowers must pay periodic repayment or interest payment on the principal over the tenor of debt. A periodic payment is made to the lender when repayments fall due.

Household debt of an economy is a key macroeconomic indicator. It allows to assess the state of household economy, review indebtedness in the consumer economy, compare with debt levels to income levels of the consumers.

Moreover, household debt and creditworthiness of households is a key measure for economists to evaluate the consumer fundamentals of an economy and expected outcomes in consumption and demand.

Debt is perhaps the fuel that keeps corporations functioning not only in short-term like paying salary to employees but in long-term needs like building a new factory. As one of the primary sources of capital, it can be a creator and maybe destroyer too.

This process of funding a company through debt is called debt financing, which can have many forms and types. It is essentially borrowed funds from lenders or investor that are required to be repaid at full after a defined tenure along with periodic interest payments.

Large corporations may go to bond markets to raise money from public markets. A lot of debt is issued by corporations given the need of liquidity as well as investment in large scale and capital-intensive businesses. Bond markets provide businesses with many types of bonds to seek funding.

Details on lenders: You Cannot Miss Out On These Business Loan Lenders in Australia!

As a relatively cheaper source of capital, businesses prefer debt application at various investment scenarios. Since debt can force a business into bankruptcy in the event of a default, the leadership always wants to strike a balance in sources of capital.

The interest rate on Government bonds of a certain nation reflects the return on investment in that country at minimal risk. Yields on a nation’s Government bonds are the risk-free rates of return across tenures at a given point.

Good read: What Are Government Bonds? 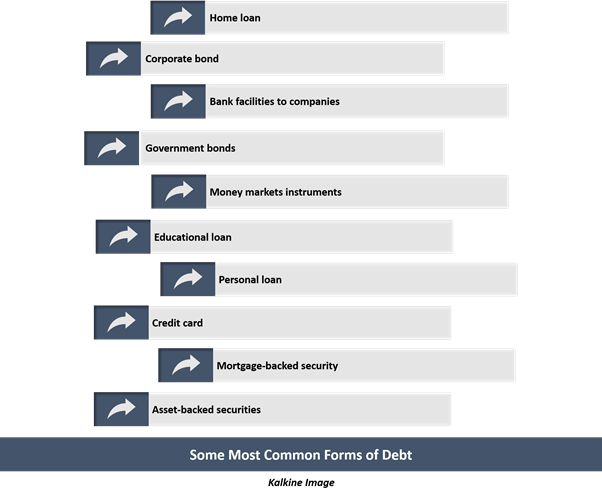 Role of credit rating agencies in an indebted world

Credit rating agencies gather information about the borrowers in the debt world and provide a view on the creditworthiness of an institution, organisation, corporation or a nation. They rate almost every large issuer of debt to allow investors to form a view on the quality of the borrower.

Credit rating agencies test the ability of the borrower to meet its obligations over the near term as well as long term. A view is presented to the market based on the latest information, business environment, state of the borrower.

Must read: Role of rating agencies and their impact on your investments

Rating agencies may downgrade the outlook and rating of an issuer or upgrade the same. The view of rating agencies impacts the cost of borrowing of the issuer. A negative outlook with a lower rating would mean that investors will pay a higher return for the higher risk. Similarly, the opposite is very true.