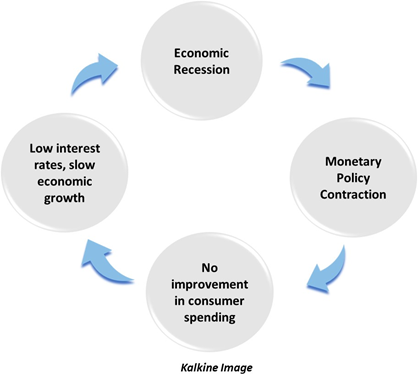 What causes a liquidity trap?

A liquidity trap usually occurs during an economic recession when people are afraid to spend money. Even when the government policies favour spending and are aimed at promoting consumption, consumers do not have enough confidence in the economy to utilise this increased liquidity. Therefore, the monetary policy fails to get utilised.

Thus, the intended use of monetary policy is not able to get fulfilled due to the loss of confidence of consumers. During slow economic growth, people are uncertain about the timeline of the recession. Thus, they prefer to hold not their cash instead of spending it. 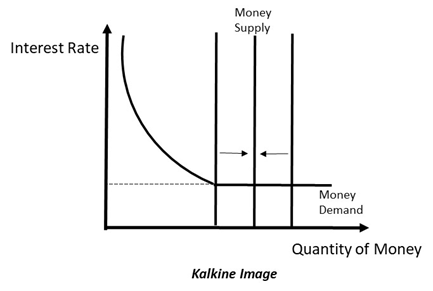 How does a liquidity trap affect the economy?

A liquidity trap may lead to deflation in the economy which might persist for long. Low inflation is an ideal situation, however; if it persists for long, it may affect the interest rates. As interest rates increase, investment decreases and consumption might fall further. Thus, the economy might contract further.

A rise interest rates means people are unable to repay on the loans they have taken. Thus, higher defaults on loans lead to an increase in Non-Performing Assets with banks. This can further intensify the recession and reduce the economic growth. Thus, a trap can set in, from which it becomes progressively more difficult to get out.

What are the solutions to liquidity trap?

Following solutions can be adopted to get out of a liquidity trap:

What are some real-life examples of liquidity traps?

A liquidity trap may also set-in during recessions and economic depressions. The effects of the Great Depression were felt deeply in the Eurozone. Interest rates were maintained at 0%, however, this did not translate into economic stimulus. A similar situation was also observed during the 2008 housing market crisis.