What does the International Monetary Fund mean?

The International Monetary Fund (IMF) is a global organisation with 190 member nations that engage in the following activities:

The IMF was founded in 1944, one year after the Bretton Woods Conference. It started on December 27, 1945, principally by the views of Harry Dexter White and John Maynard Keynes. It was established, along with its sister organisation, the World Bank, to prevent financial catastrophes like the Great Depression, a global economic crisis that occurred in 1929 and lasted until around 1939. It was the world's most prolonged and terrible depression ever endured by the industrialised Western world, resulting in profound shifts in economic institutions, theory, and macroeconomic policy.

Moreover, it is a United Nations specialised agency, and any nation that conducts international affairs and respects the organisation's statutes is welcome to join.

The IMF establishes and maintains the international monetary system, which enables international payments between nations. In addition, it gives a systematic approach to foreign exchange operations to nurturing investment and a more balanced global economy.

What does the International Monetary Fund do? - What is the function of the IMF?

However, to attain these goals, the IMF emphasises and advises on a nation's macroeconomic policies, impacting its exchange rate, credit management, cash and government budget.

The IMF will also analyse the nation's banking sector and regulatory policies and macroeconomic structural measures impacting the labour market and jobs.

In the wake of the Covid-19 outbreak, access restrictions under emergency financial instruments were temporarily extended, as the yearly limit on overall access under non-concessional resources. As a result, the IMF has developed the Short-term Liquidity Line (SLL) to offer a safety net for its members with compelling fundamentals and policies.

What is the International Monetary Fund’s History?

The International Monetary Fund was founded in 1945 as part of the Bretton Woods Agreement, which intended to develop international financial cooperation by creating a convertible currency system with set exchange rates. The dollar was valued at $35 per ounce of gold during the time. The IMF supervised the system. For instance, a nation could adjust its currency rate by up to 10% in any direction, but significant changes need IMF clearance.

Furthermore, the IMF worked as a gatekeeper, meaning that nations could not join the International Bank for Reconstruction and Development (IBRD), a World Bank forerunner founded by the Bretton Woods agreement to finance Europe's reconstruction after WWII, till they were representatives of the IMF.

The IMF has favoured floating exchange rate systems since the Bretton Woods system broke down in the 1970s, implying that market forces determine the relative worth of currencies. This system is still in effect today.

What is the function of the IMF?

Quota subscriptions paid by member nations finance the International Monetary Fund. The overall economy of each member will determine the amount of each quota. The quota, in turn, determines each nation's weight inside the IMF, as well as the amount of IMF money it is eligible for and its voting rights.

Special drawing rights (SDRs), claims on IMF members' freely available currencies, account for 25% of each nation's quota. Previously, SDRs, the Bretton Woods system, based on a fixed exchange rate, were believed to be inadequate resources to sustain global economic expansion. As a result, the IMF developed the SDRs in 1969, functioning as a worldwide reserve currency. They were created as a supplement to the international reserves of the period, which consisted of the US dollar and gold. 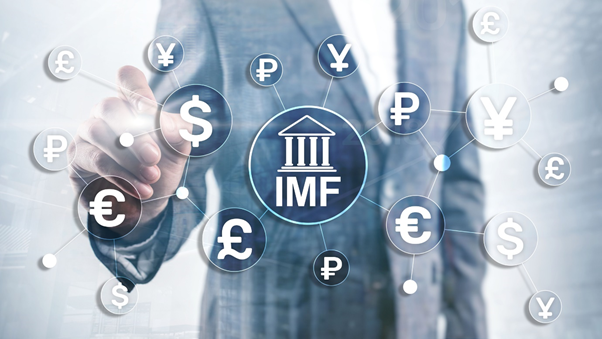 What is the mission of the International Monetary Fund?

The IMF's primary mission is to maintain the international monetary system's stability, defined as the international payments and exchange rates system that allows nations and their people to conduct business with one another.

Activities of the International Monetary Fund

The IMF gives loans to nations undergoing economic hardships to help them avoid or reduce financial disasters. The IMF's primary instruments for attaining these objectives are lending and capacity development monitoring.

The IMF grants loans to nations in economic distress to avert or overcome financial calamities. Members contribute financial resources to a pool that is based on a quota system for these loans.

IMF funds are typically conditional on recipients implementing reforms to improve national economic development and budgetary stability. As these conditional loans are known, structural adjustment programmes have been condemned for aggravating poverty and reinforcing colonial structures. 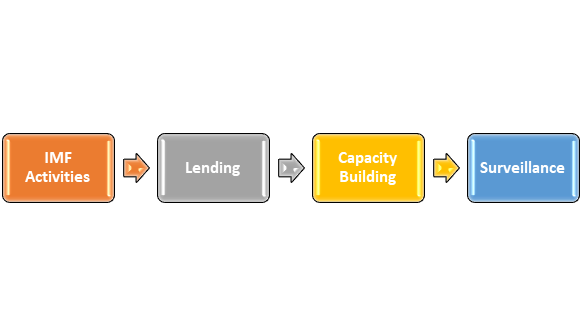 The IMF offers technical support, policy advice, and instruction to member countries through its capacity development programmes. These programmes comprise analytical and data gathering training that leads to the IMF's global and national economy monitoring programme.

The IMF gathers massive data on the global economy, international trade, and the whole national economy. The organisation also provides updated economic forecasts on a global and national scale. These projections, which are published in the World Economic Outlook, must be supported by a thorough examination of the impact of monetary, fiscal and commercial policies on growth and fiscal stability prospects.