Who is David Tepper?

David Tepper is regarded as one of the top hedge fund managers of his generation, with a track record of providing consistent returns to clients over a long period of time. He is the founder and president of the hedge fund Appaloosa Management. As of July 1, 2021, Tepper's net worth was $14.5 billion.

What do we know about David Tepper’s childhood?

David Tepper was born in the East End of Pittsburgh, Pennsylvania, on September 11, 1957, to Jewish parents Harry and Roberta Tepper. His mother was an elementary school teacher, and his father was an accountant. Tepper attended Pittsburgh's Peabody High School. He earned a bachelor's degree in economics with honours from the University of Pittsburgh. From a young age, he began exploring the investment sector. Tepper graduated from Carnegie Mellon University with a master's degree in industrial administration.

How did Tepper’s career progress?

Tepper went on to join Goldman Sachs in 1985 and worked in their high yield group. He worked as a credit analyst at their New York office. He had an uncanny ability to pick up struggling businesses and turn them into thriving enterprises. His growth at Goldman Sachs was rapid. Within six months, he was elevated to head trader on the high-yield desk. Tepper spent eight years at Goldman Sachs before launching his own company- Appaloosa Management. 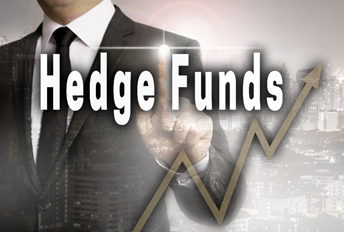 What do we know about Tepper’s company?

David Tepper and Jack Walton together founded Appaloosa Management L.P. in 1993. Appaloosa Management began with a capital investment of $57 million. Appaloosa returned 57 percent on its assets in its first six months, and the fund rose to $300 million in the second year itself and by 1996, the numbers stood at a whopping $800 million. Within a decade since inception, Appaloosa's assets under management surpassed $20 billion. In 2016, David Tepper returned a proportion of his investment capital to his investors.

Appaloosa mainly invests in the debts of companies in distress. Its first investment was in Algoma Steel which was challenged by bankruptcy. Tepper purchased the steel company's preferred shares and sold them at thrice the purchase price within a year. Tepper’s business acumen and savvy nature have increased his portfolio positions as high as 150%. Purchasing bonds of ailing companies like Enron, Worldcom and Marconi Corp fetched him more than double returns.  There were times when the fund lost money, but always it would rebound.

David made a massive donation to the business school at Carnegie Mellon University. Following the generous donation made, David A Tepper School of Business is the new name for the school.  He gave generously to the University of Pittsburgh, sponsoring academic centres, student scholarships, and University-managed community outreach programmes,

Tepper made a financial contribution to the Israel Emergency Campaign of the Jewish Communities of Metro West, New Jersey. "Better Education for Kids" was founded by him and a former colleague. This political action group will promote New Jersey's education. Tepper had offered gift cards and money to Jersey City and Hoboken households who were affected by Hurricane Sandy.

What was the reason for Tepper’s success?

Tepper's aggressive approach and confidence are widely regarded as his strongest qualities as a hedge fund manager. Tepper took advantage of the unfavourable situation in the mid-to-late 1990s when certain emerging economies like Argentina, South Korea and Russia were on the verge of defaulting on their sovereign obligations. Investors were fleeing away but based on his analysis of countries that were certain to recover, Tepper bought debt in these nations and profited handsomely.

Tepper was investing in banking companies like Bank of America and Citigroup as frantic sellers drove down their value. Tepper was optimistic on bank equities after the subprime mortgage crisis of 2008, when most investors were sceptical of these institutions. Appaloosa made billions in earnings, had net returns of over 100%, and a considerable take-home pay when the government intervened in the survival of these banks. There were other instances too wherein Tepper made a hefty profit by buying shares in sick companies, which were later purchased by larger rivals finally resulting in massive profits for. Tepper's trades following the 2008 market meltdown are widely considered to be among the best ever executed. 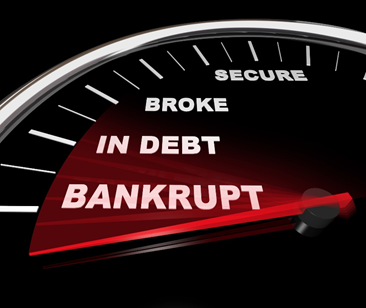 Here’s why Star Entertainment (ASX:SGR) is in news today

Looking for shopping centres in Australia? Here are 10 best options

Looking for shopping centres in Australia? Here are 10 best options

Carbonxt Group (ASX:CG1) makes new addition to Board of Directors

ASX 200 falls ahead of GDP data; Virgin Money up nearly 5%