Who was David Ricardo?

David Ricardo was an English economist who gave the burgeoning discipline of economics in the 19th century a systematised, classical form. He was born in 1772 in London, England, and died in the year 1823 in Gloucestershire. His works declared that all efforts to increase workers' actual income were fruitless and that wages would inevitably remain near subsistence levels.

What do we know about Ricardo’s journey into the field of economics?

Ricardo developed the "Classical" political-economic system. Throughout the nineteenth century, Ricardo's legacy dominated economic thought. Reading Adam Smith's Wealth of Nations (1776) developed Ricardo's interest in economics in his late twenties. Ricardo has shared his economic views with his acquaintances, particularly James Mill. It was Mill who persuaded him to write down his views.

In 1809, he began writing newspaper articles on currency issues, which dragged him into the raging Bullionist Controversy of the time. He supported the Bullionist position, which advocated for the reinstatement of paper money's convertibility to gold. He published two tracts (1810, 1811) in which he articulated their ideas and outlined what is now known as the "classical approach" to money theory.

What is the theory of diminishing returns?

As per the theory of diminishing returns, when more and more variable factors are employed on a fixed factor, the marginal output initially increases, then starts declining and reaches zero, and finally, it becomes negative. 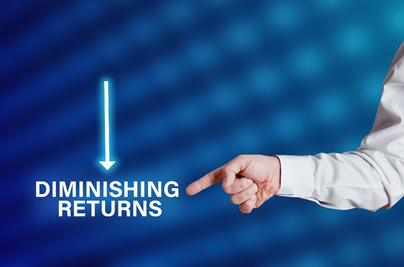 What is the comparative advantage theory given by Ricardo?

David Ricardo gave the theory of comparative advantage. According to this theory, a country's economic growth is improved when it focuses on producing the commodity for which the opportunity cost is the least. Ricardo observed that it was cheaper for England to produce cloth. At the same time, wine production was cheaper for Portugal, and later it materialised that England stopped wine production and Portugal stopped producing cloth. Due to the climatic conditions, the cost of production for wine in England was very high, and Portugal did not have the knowhow for cost-effective manufacturing of cloth.  Both the countries were well off producing what they were good at.

Ricardo used the theory against trade protectionism because it hurts a nation's competitiveness in the global market. It is so because resources are wasted on industries where the opportunity cost of production is relatively higher.

What is the Labour Theory of Value?

Earlier, this theory was explained using a basic illustration of an economy with two commodities: beaver and deer. There will be a migration of people into deer hunting and out of beaver hunting if it is more profitable to hunt deer than hunting beaver. Deer hunter incomes will decline as the supply of deer hunters increases, but beaver hunter incomes will grow as fewer people opt to work as beaver hunters. It is critical to recognise that the quantity of labour incorporated in the production, generally stated as work time, determines the revenue generated when the labour produces on his own. 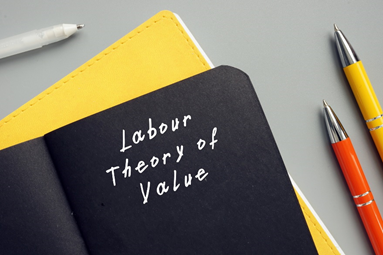 What is the Ricardian theory of rents?

In 1817 David Ricardo developed a theory to explain the origin and nature of economic rent. Ricardo defines rent as the payment made to the landowner to use the indestructible powers of the soil. Thus rent is the factor income earned by the landlord for providing the land for production.

According to Ricardo, rent exists because of scarcity of land as a factor of production and the differences in the quality of land depending on the soil fertility.

Scarcity rent was a term given as a part of this theory. The theory assumes that land was only used for corn production. When prices of corn increased, the demand for land increased. As a result, due to the perfectly inelastic supply of land, its prices increase. This framework explains the earnings of a factor whose supply is fixed.

The concept of differential rent was used to explain the difference in productivity between a more fertile land and a less fertile one.

The relationship between rent and price can be demonstrated using the Ricardian theory. Because the marginal producer's costs determine the market price of wheat, and because this marginal producer's rents are zero, Ricardo reasoned that economic rent is not a factor determining the market price. Instead, the price is determined by market demand and the availability of land with higher fertility and thus better productivity.

What is the theory explained through Ricardian equivalence?

According to the theory of Ricardian Equivalence, consumers can anticipate that if the government offers a tax cut today and finance it through government borrowing, then in the future, taxes will increase. Similarly, if government spending is ramped up today through borrowing more, then spending will be curtailed in the future.

The theory doubts the Keynesian way of increasing aggregate demand to boost the output in the economy. When debt-financed measured are used to ramp up government expenditure to increase the aggregate demand in the economy, the public's consumption may be reduced to save for the future. According to Ricardian equivalence, there is a trade-off between disposable income in the short run and disposable income in the long run.

Uber Australia gets into car-sharing biz, acquires Car Next Door

Why are RMA Global (ASX:RMY) shares in the spotlight today?