Blockchain is a list of records, also known as blocks, that store data publicly chronologically. The information within the blocks is encrypted and ensures the privacy and safety of the users and data.

DO WATCH: Key Concepts you need to know around Blockchain (Blockchain Explained)

Blockchain Technology is also known as the Distributed Ledger Technology that stores transactional records of the public in multiple databases connected via peer-to-peer node.

The transactional record in blockchain technology is known as a block. The blocks are in multiple databases, called chains, and the storage is known as a digital ledger.

Put simply, every transaction that takes place is a ledger that is authorised by the digital signature of the owner, which not only authenticates the transaction but protects them from getting tampered.

An example to help understand the concept in a better way is the use of Google doc. Most of us are familiar with Google doc. When a Google doc is prepared, the document can be shared with a set of people instead of getting photocopied or transferred. The document is decentralised, allowing full real-time access. This is the simplest example to understand the concept behind the blockchain technology. However, this technology is much complex than Google Doc. 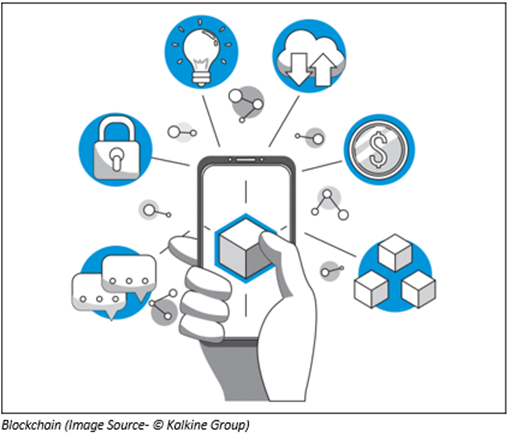 What are the components of blockchain? 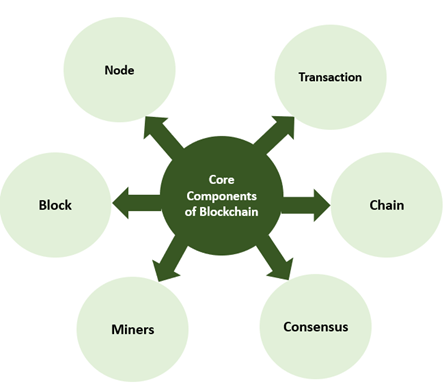 How does blockchain work?

The blocks in the transaction comprise of three components. These include data, the hash of the block, and a hash from the previous block.

The data that stored in each block depends on the type of blockchain. For example, in a bitcoin blockchain infrastructure, the block has data concerning, sender, receiver and the number of coins.

A hash which acts as a fingerprint gets generated with the help of a cryptographic hash algorithm. The hash is a long record comprising some digits and letters that help detect blocks quickly in the blockchain structure. Once a block is created, it is attached to a hash which changes if there is any modification in the block. The hash helps to find any changes in the blocks.

The final element within a block is the hash from the previous block, which creates a chain of blocks and is the reason behind the security of the block architecture.

What is the reason behind blockchain’s popularity?

Record keeping of data and transactions form a crucial part of the business. In most cases, this information is either handled within the organisation or passed through a third party, like brokers. The process involves both time and cost. The problem could be overcome with the help of blockchain. Blockchain helps in reducing the long process and allow faster movement of transaction.

Blockchain is an emerging technology and has many advantages in this digital world. They are:

Are blockchain and bitcoin the same?

Most of us get confused that blockchain and bitcoin are the same. However, it is not so. Bitcoin is a cryptocurrency or a digital form of money. Blockchain technology facilitates bitcoin. The scope of blockchain is beyond that.

What are the applications of blockchain technology?

Blockchain technology has a wide range of applications. Some of them are mentioned below:

Reef cryptocurrency: Why investing at this time can be beneficial

Will Canada’s election results bring a paradigm shift to ZEVs?