All About Emerging Gold Explorer And Developer Middle Island Resources 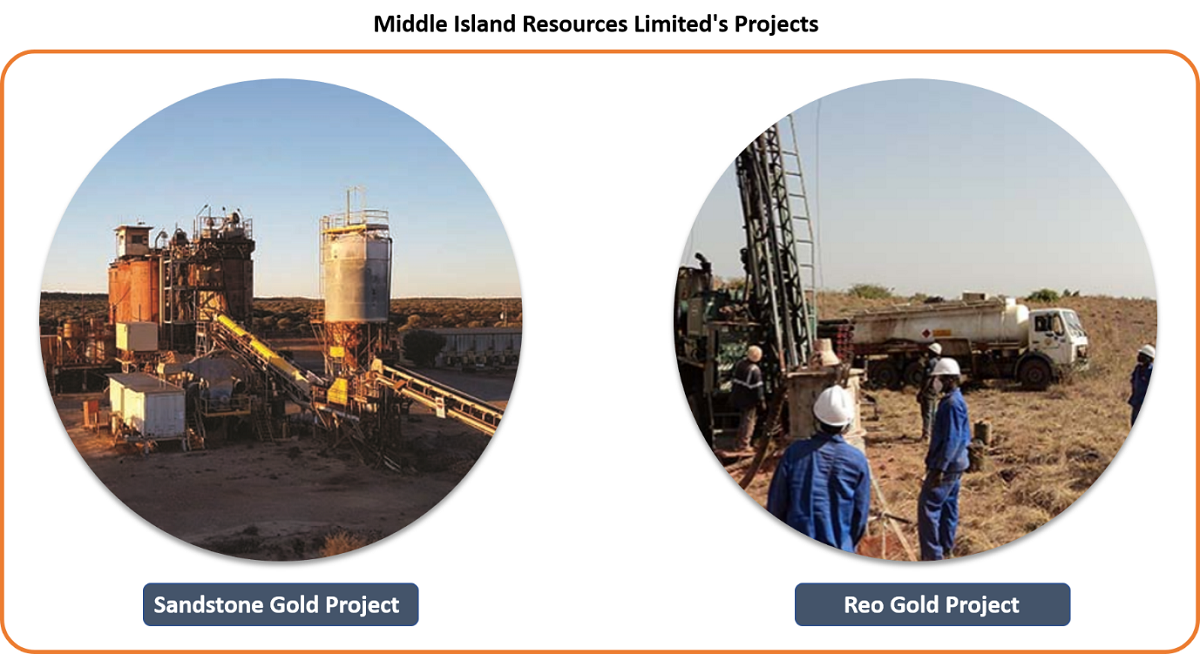 The company is primarily focussed on advancing the Sandstone Project and processing facility (100%-owned), located on a sealed highway between the mining towns of Mt Magnet and Leinster in the East Murchison Mineral Field of WA. Also, the project is 12 km south of Sandstone and 400 km north-west of Kalgoorlie. It covers two fully permitted Mining Leases (191 km2) that pre-date Native Title. 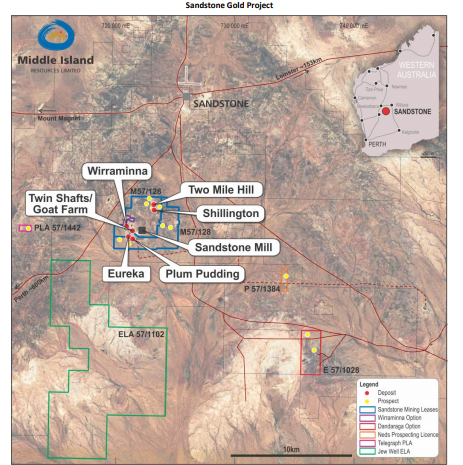 Mineral Resources- The company continues to make new gold discoveries, and as of May 2019, the JORC 2012 Mineral Resource stands at 125,300 oz gold, there is an Exploration Target of 24-34Mt at 1.1-1.4g/t for 900,000 oz to 1.5M oz gold, seven priority exploration prospects and a considerable additional exploration upside.

A further three gold anomalies on permitted tenure within 3 km of the mill were identified, and each of these new WoE targets enhanced the potential of a mill recommissioning decision.

Strategy and Vision - Middle Island Resources is actively finalising the recommissioning decision for the Sandstone gold processing plant and building production profile to achieve this objective via - consolidation of stranded, third-party deposits (see figure below) within the district; and demonstration of sufficient production, resource & exploration potential to attract corporate investment.

The company has estimated a refurbishment cost of $ 10.3 million, including owner’s costs for the project. The WA Government has provided $150,000 worth of drilling grant which endorses the targets as high value. Diamond drilling of the targets is planned to commence by Q3 2019. 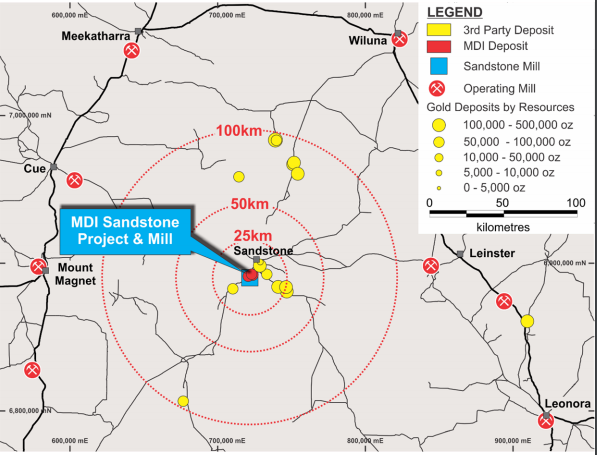 In addition, going forth in 2019, the company’s focus remains on enhancing the front-end of the proposed production schedule via-

In response to the updated offer, on 3 July 2019, Alto Metals still recommended its shareholders to reject the same. The Offer is currently due to close on 2 August 2019 (unless further extended).

Takeover Rationale - Alto’s Mineral Resources (around 4 deposits) are all located within 30 km of Middle Island’s Sandstone gold processing plant and in close proximity to former haul roads that can be easily upgraded and re-permitted. This should allow the Alto deposits to be mined, hauled to and processed at the Sandstone gold plant.

Thus, the Middle Island Directors believe that the combined Middle Island?Alto gold assets (see figure below) offer shareholders of both the parties significant growth potential, via modest capital cost, near-term gold production and a critical mass of gold resources to justify the refurbishment and recommissioning of the Sandstone gold plant. 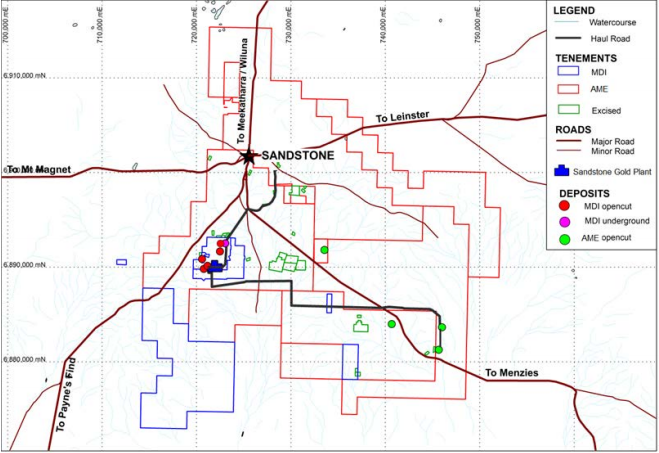 Moreover, the move will facilitate rational, production-funded exploration for the residual gold endowment of the Sandstone greenstone belt. Consequently, this would result in a synergistic increase in market profile, market capitalisation and liquidity all leading to improved access to capital markets to fund growth opportunities.

Middle Island Resources also has a 100% interest in the Reo Gold Project, which comprises six granted exploration permits covering an area of approximately 1,002 km2 and is located in Burkina Faso. It has two key prospects namely, K4/K5 Prospect and Morley Prospect.

For the three months to 31 March 2019, Middle Island Resources spent around AUD 394 million on operating activities including exploration & evaluation, staff costs, administration and corporate costs. Meanwhile, the company’s financing activities generated cash inflows of around AUD 1.36 million primarily on account of the proceeds from the issues of shares. As of the quarter end, the cash and cash equivalents amounted to AUD 1.16 million.

In addition, the company estimates cash outflows of around AUD 661 million for the June 2019 quarter.

Middle Island Resources’ market capitalisation stands at around AUD 7.333 million with approximately 1.05 billion shares outstanding. The MDI stock last traded on 17 July 2019 at AUD 0.007. Besides, the MDI stock has delivered positive return yields of 40% for the last one month and 75% YTD.

Recently, Lomacott Pty Ltd increased its shareholding in the company from 5.76% to ~7.01% upon purchase of additional ordinary fully paid shares, which now total 73,334,476.