Dividend is the amount paid by a company to its shareholders when it earns a profit. From the net profit earned, a certain portion is kept by the company into reserves for its further growth and development, while the remaining amount is distributed among the shareholders in the form of a dividend. The amount to be distributed is decided by the board of directors.

Dividend is paid in cash or in the form of shares or other property. Each dividend paying company has a different timeline for paying dividends. Some pay on a quarterly, half yearly or annually basis, while some make regular dividend distribution.

Dividend Yield and Its Importance

A lower dividend yield is an indication of either of the two facts:

On the other side, a higher dividend yield indicates that the shares are trading in the market below their annual dividend amount paid.

Dividend is a cash inflow to investors or a source of income, which is an addition to capital appreciation. Investors consider dividend paying stocks as a measure of stability in tough times. Additionally, dividend helps in understanding the financial health of a company. A companyâs willingness, as well as its potential to pay a dividend indicates the fundamental strength of the company. Moreover, it highlights the companyâs future prospects and performance.

Dividends have a significant meaning to several investors, as it is the evidence of a companyâs profitability and its prospects.

One player listed on the Australian Stock Exchange that has been a consistent dividend payer is Medibank Private Limited. Let us have a look at the companyâs business and recent developments.

Medibank Private Limited (ASX: MPL) is a private health insurance company, which focuses on improving the lives of Aussies by offering them with the best combination of products, services and advice. The company considers itself as a healthcare player that is committed towards offering affordable healthcare to its customers. Additionally, MPL is playing a crucial role towards boosting the health system of the country by partnering with both the government and health professionals on new methods for providing care and delivering reform. Medibank and ahm are the two brands of the company. 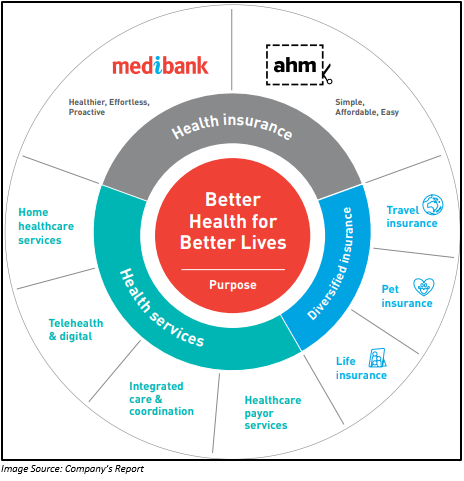 The company reported a solid performance in FY2019 for the period ended 30 June 2019.

In the past 5 years, Medibank Private Limited has consistently provided its shareholders with a dividend. Each year since FY2015 till FY2019, the companyâs dividend payment grew year on year. The annual dividend amount which was at $0.05 per share in FY2015 reached $0.16 per share in FY2019, thereby highlighting the dividend paying potential and sound financial health of the company. 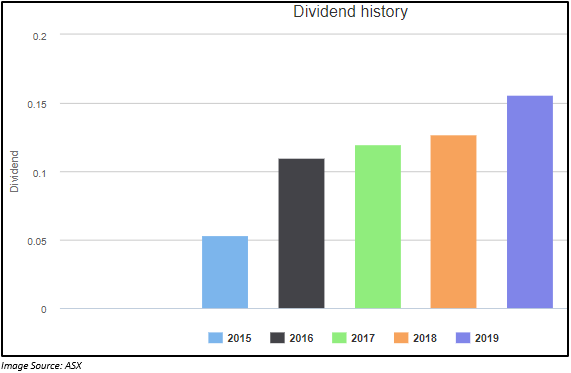