Dividends are a part of the companyâs income that is distributed to the owners (shareholders) of the company. Companies pay dividends out of profits and retained earnings. Majorly, companies follow a dividend policy that is considered before paying any dividend.

Dividend as an Income Stream

Investors constructing a portfolio of the dividend stocks over an extended period of time, end up having a bulk of dividends shares in their portfolio, resulting in higher recurring income from dividends, as more shares mean more dividends.

Dividends are less volatile than earnings of the company, and an established company could pay dividends out of retained earnings, if it had suffered loss in the preceding period. Besides, a portfolio of numerous dividend-paying stocks may have an income stream that is recurring on a monthly basis, depending on pay-dates.

In long-term investing, an investor should focus on the companies that pay growing dividends. Buying high-quality dividend-stocks when the market has heavily discounted those very high-quality dividend-stocks, would increase your yield-to-cost. For Example â you bought 300 shares of ABC at a price of $2 per share. A month later, ABC has raised its dividend pay-out, and the now the price of ABC shares is skyrocketing. Consequently, the dividend yield of the stock may not increase â as a result of increased price. However, your yield-to-cost has increased since you bought those shares earlier.

Some Dividend Stocks to look at:

Wesfarmers Limited is an established company with multiple revenue streams. Although, the main business interest of the company lies in retailing, it operates a substantial business in the industrials sector as well.

During FY2019, the company had divested substantial businesses leading to a tremendous jump in net profit after tax. However, NPAT for FY 2019 recorded ~$3.6 billion sourced from discontinued operations, and total NPAT for the period was $5.51 billion.

During FY ended on 30th June 2019, the group recorded revenue of ~$60 billion, and NPAT for the period stood at ~$2.7 billion compared to $1.72 billion a year ago. In May 2019, the company returned $1.7 billion in capital to shareholders via an off-market share buy-back, resulting in buying and cancellation of 58.7 million shares.

The group intends to maintain solid investment-grade credit ratings, and it could act for this cause through sale of non-core assets, working capital initiatives, optimising capex, and the property leasing.

Transurban Group is an infrastructure company engaged in development & management of toll roads in Australia, and North America. 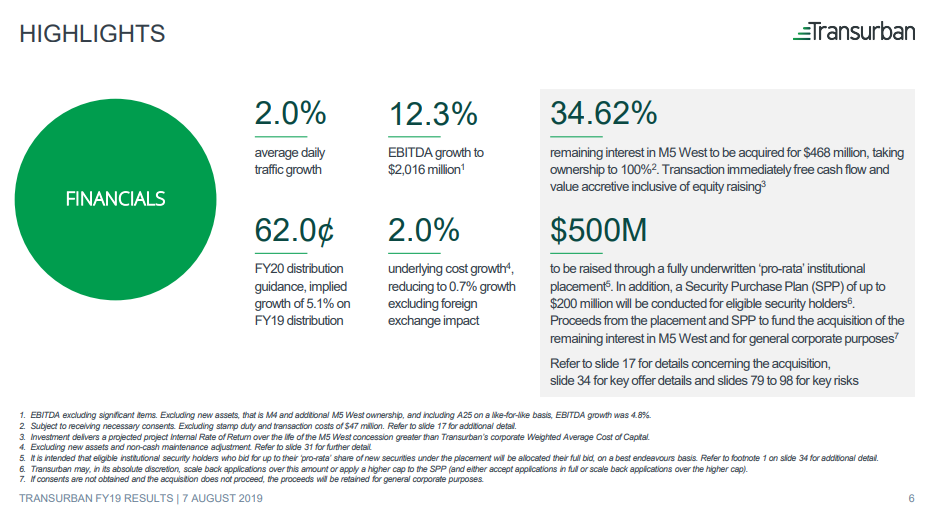 In the full-year release, the group had notified regarding the acquisition of a remaining interest in M5 West. In addition, the group had undertaken a $500 million fully-underwritten placement and announced a share purchase plan to eligible shareholders to access additional capital.

Recently, the share purchase plan was completed, and the group raised a total of $312 million, with an issue of 21.3 million shares at an issue price of $14.64 per security.

APA Group operates and owns energy infrastructure business and leverages its diverse portfolio of over 15,000 kms of gas transmission spanning across Australia.

In its Annual Report for FY ended on 30th June 2019, APA noted that the group has grown on to become one of the largest energy players in the country. It had $21 billion in assets, which are either owned or operated by the group, and it employs over 1,800 employees. 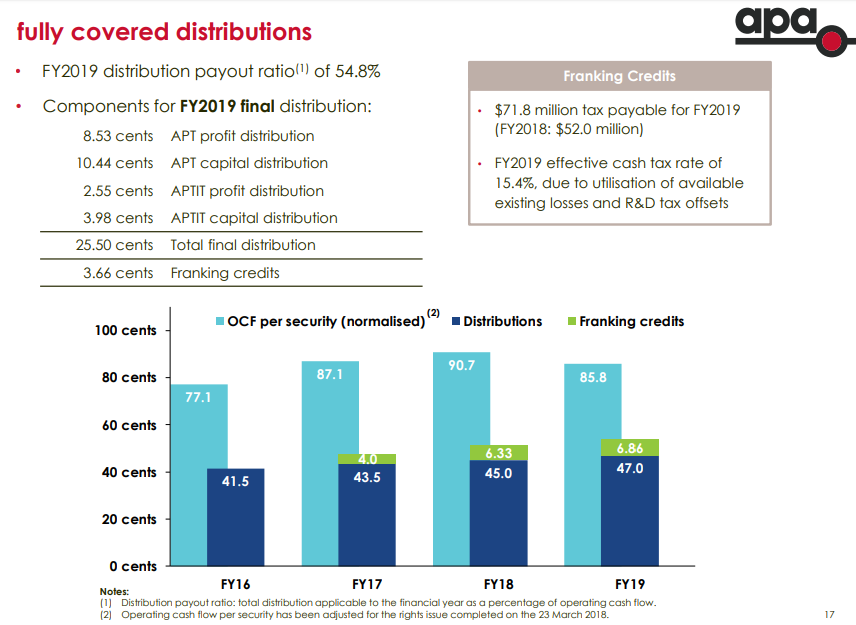 In FY2019, the group distributed 47 cents per security, representing an increase of 4.4% over FY2018 distributions. The group expects to report EBITDA in the range of $1,660 million to $1,690 million for FY2020, and net interest cost between $505 million to $515 million. In addition, the group expects to distribute the income of 50 cents per security in FY2020, before any benefits of the franking credit.

In FY ended on 30th June 2019, the company ceased contract with Garrison Health Services. It recorded health insurance premiums of $6.47 billion and expensed claims of $5.32 billion. The total revenue & income for the period was $7.22 billion in FY2019 compared to $7.01 billion in FY2019. 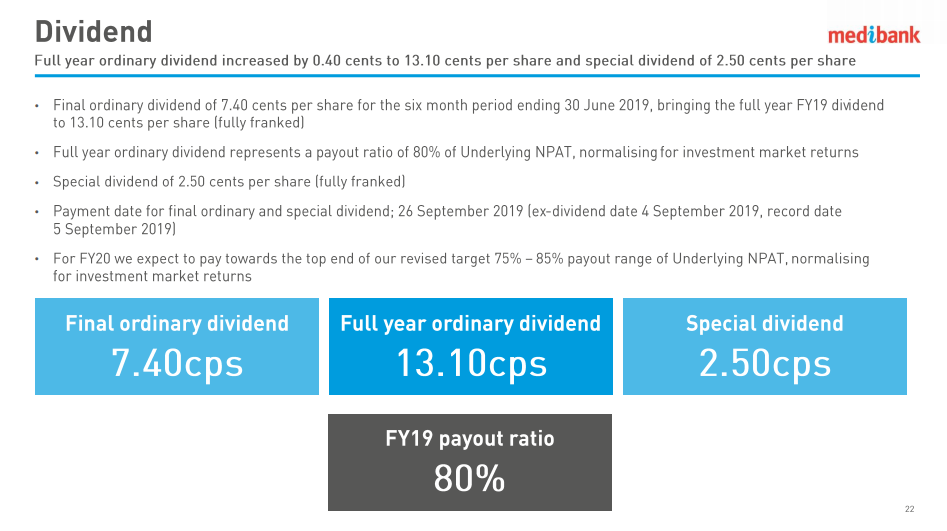