What is the North American Free Trade Agreement, and how does it work?

The North American Free Trade Agreement (NAFTA) was signed in 1994 and established a free trade area between Canada, Mexico, and the U.S. It is perhaps the most crucial component of the bilateral business relationship between Mexico and the United States. Under NAFTA, all quotas and taxes on U.S. exports to Canada and Mexico were removed on January 1, 2008. The pact was intended to decrease trade expenses and enable North America to become a highly competitive commercial bloc on the global stage. In addition, three signature members pledged to abolish trade obstacles among them and boost investment opportunities in small and medium-sized enterprises (SMEs) in Mexico, Canada, and the United States due to the treaty.

Mexico is the United States' third-biggest trade partner behind China and Canada and its second-largest export market. Millions of employment in the United States are supported by this commerce, both indirect and direct way.

Except for basic telecoms, maritime and aviation, NAFTA covers all services. In addition, the accord protects intellectual property rights in a range of industries, including copyrighted content, patents, and trademarks. The NAFTA government procurement duties apply not just to products but also service contracts and construction at the federal level. Furthermore, U.S. investments in Mexico and Canada will receive the same status as domestic investors.

What does the North American Free Trade Agreement do?

What is the history of NAFTA? 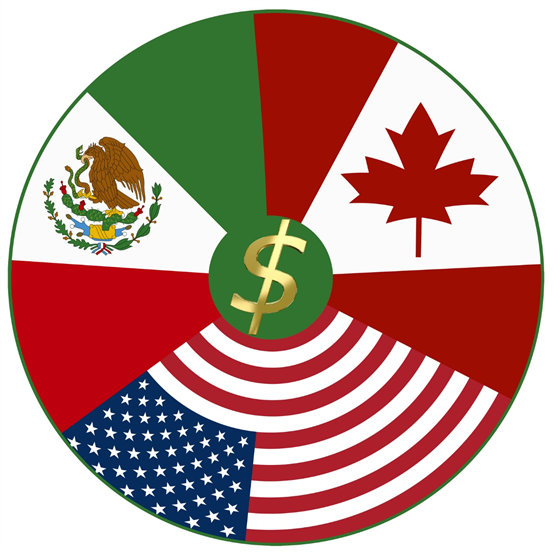 Canada and Mexico account for around one-fourth of all U.S. imports, including processed foods, crude oil, livestock, vehicles, machinery, fresh produce, and gold.

Proponents of the North American free trade area believed that it would enhance corporate commerce and manufacturing, resulting in millions of new employments in the member nations. In addition, countries that participate would also benefit from eliminating or lowering existing trade obstacles between the three nations.

In 1985, Canadian Prime Minister Brian Mulroney recommended forming a Canada-US free new trade deal, which sparked a common trading area discussion. Negotiations began in 1986, and the agreement was signed in 1988 by both nations. The agreement between the United States and Canada took effect on January 1, 1989.

Then-Mexican President Carlos Salinas commenced negotiations with the U.S. to establish the North American free trade area in 1990. As a result, in 1991, Reagan's successor, President George W. Bush, entered negotiations for a North American trade deal that would bring together the three nations of Canada, Mexico, and the United States.

President Salinas of Mexico, Canadian Prime Minister Brian Mulroney, and U.S. President George W. Bush signed the North American Free-Trade Pact in 1992. The parties also inked two supplemental agreements on work and environmental protection. The pact was adopted by lawmakers from the three nations in 1993, and it went into effect on January 1, 1994. 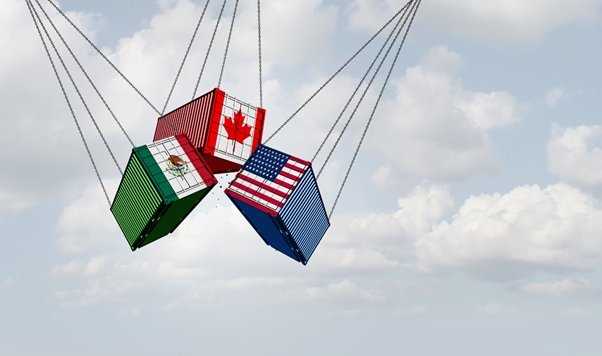 What are the NAFTA provisions?

The primary clauses of the North American Free Trade Agreement are as follows:

Aside from removing taxes, NAFTA signatories have pledged to expedite border process and licencing requirements and reduce the time it takes to clear commodities. In addition, to boost commercial activity, member nations have decided to open their borders and interiors to other members.

Before NAFTA, exported products to Mexico were subject to up to 30% tariffs, with tariffs on US-made items being greater than levies on Mexican-made products sent to the U.S. NAFTA has addressed trade imbalances by abolishing some tariffs, instantly phasing out the remaining levies over 15 years.

Imports from the involved nations have been given the "Favored Nation" designation, making it illegal for any nation or provincial authority to apply taxes on them. In addition, the pact offered duty-free access to a wide range of sectors, including health management, construction, advising, engineering, industrial products, accountancy, and so on.

The trade pact set criteria for dispute settlement among participating nations, firms, and investors. In addition, the pact necessitates traders to follow all the treaty's rules to promote fair competition.

The NAFTA Secretariat has been charged with resolving disputes between corporations. If the parties are dissatisfied with the procedure's result, the Secretariat convenes a panel to assess the disagreement and guarantee that the parties reach a friendly solution.

NAFTA signatories suggested adopting industry, safety, and health standards. The members have also pledged to speed up border checks and export goods certifications and stop using national standards as an obstacle to trade.

According to the pact, businesses that infringed any of the agreed-upon custom processes and standards criteria would suffer criminal, civil, and administrative fines. 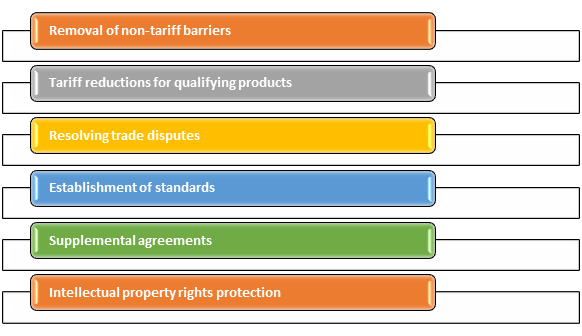 The North American Agreement on Labour Cooperation was the first contract that shielded factory workers from job cuts.

The North American Agreement on Environmental Cooperation was the second accord. This was inked to resolve environmental issues raised by environmentalists regarding the potential adverse effects of Mexico's rapid industrialisation due to the nation's bad experience in implementing environmental rules.

Should you invest in these 3 AIM stocks today?

5 cheap stocks you can pick amid Omicron scare