What is the Gross National Product (GNP)?

The monetary value of all completed commodities produced by a nation's population in a given financial year, regardless of geographic location, is measured by Gross National Product. GNP also accounts for the output created by a nation's enterprises both home and abroad. Thus, it may be defined as an economic statistic that includes income and Gross Domestic Product (GDP) earned by the inhabitants from investments made abroad.

To put it another way, GNP is a subset of Gross Domestic Product. But, unlike GDP, which limits its assessment of the nation's economy to its geographical borders, GNP expands it to incorporate net offshore business activity conducted out by residents.

Furthermore, GNP estimates how the nation's people contribute significantly to the economy, even when citizenship is taken into consideration, regardless of ownership location. However, it does not consider earnings produced by foreign residents while they are in the nation. Therefore, it also eliminates any revenue produced in India by foreign corporations or nationals and goods made by foreign corporations.

Now the question is, what else could be added to GNP? It would be added to net exports, government spending, private household investments, private consumption spending and money generated by citizens in foreign countries. It would lower foreign nationals' revenue within the domestic financial system. On the other hand, net exports are the difference between what a nation exports and imports.

Consider a nation with a GNP that is higher than its GDP. This means that its nationals, corporations, and businesses are bringing in net inflows to the nation via their foreign operations. As a result, a greater GNP could imply that a nation is growing it's global financial, commercial, or manufacturing activity.

What is the formula for calculating the GNP? 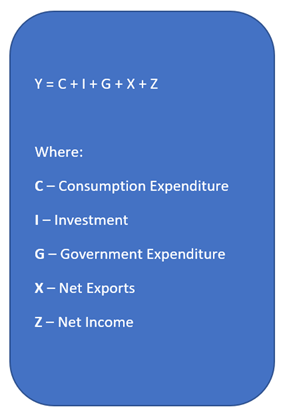 The Gross National Product can alternatively be calculated using the following formula:

GNP includes creating physical goods such as machinery, farm commodities, automobiles, and other similar items and the provision of services such as education, business consulting, and healthcare services. Moreover, taxes and depreciation are also included. The expense of services utilised in the production of commodities is not calculated separately because it is incorporated in the expense of final goods and services.

To generate real GNP, Gross National Product must be inflation-adjusted for year-to-year comparisons. GNP is also reported per capita to permit comparisons across nations. Unfortunately, it's tough to figure out how to account for dual nationality when estimating GNP. If a creator maintains citizenship in both nations, his productivity will be counted twice, resulting in double-counting.

What is the significance of the GNP?

GNP is among the most important financial statistics for policymakers. It generates vital data on employment, industrial production, large-scale firm productivity, funds, investments and other economic indicators. During drafting the policy document that legislators use to make rules, policymakers could use this data. In addition, economists depend on GNP data to identify solutions to national issues such as poverty and inflation. 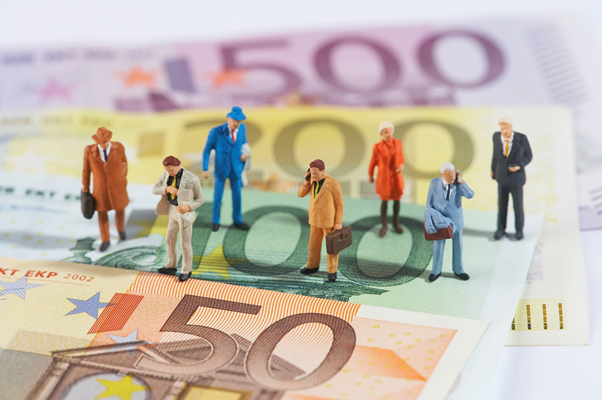 GNP is a more reliable statistic than GDP when determining the amount of money generated by the nation's citizens regardless of their geographic location. People have several options to generate money in the global economy from both domestic and international sources. GNP provides data that other productivity measures do not consider when assessing such massive data. GNP would be equivalent to GDP if a nation's inhabitants were bound to internal sources of revenue, and it would be less beneficial to the government and policymakers.

What is the distinction between GNP and GDP?

Both the GNP and GDP measure the market price of commodities manufactured in the country's economy. Since GDP evaluates domestic levels of production, and GNP measures the amount of output of the nation's citizens regardless of their location, these terms and criteria vary what constitutes an economy. The distinction arises from the fact that there may be multiple domestic enterprises that deliver commodities to other nations and foreign-owned firms that make goods within the nation.

GNP estimates how much income a nation's citizens make both inside and outside its borders. The revenue generated by foreign residents within the nation is then subtracted from this figure. On the other hand, GDP represents the actual sum of commodities manufactured within a nation's territory by natives and foreign nationals.

GDP is used by most nations throughout the world to measure economic activity. The United States, for example, used GNP as its primary indicator of business activity until 1991, when it switched to GDP. The Bureau of Economic Analysis (BEA) remarked that GDP was a more appropriate economic barometer of total economic activity in the United States once the changes were applied.

Why is harmonisation of crypto regulations a priority for ECB?