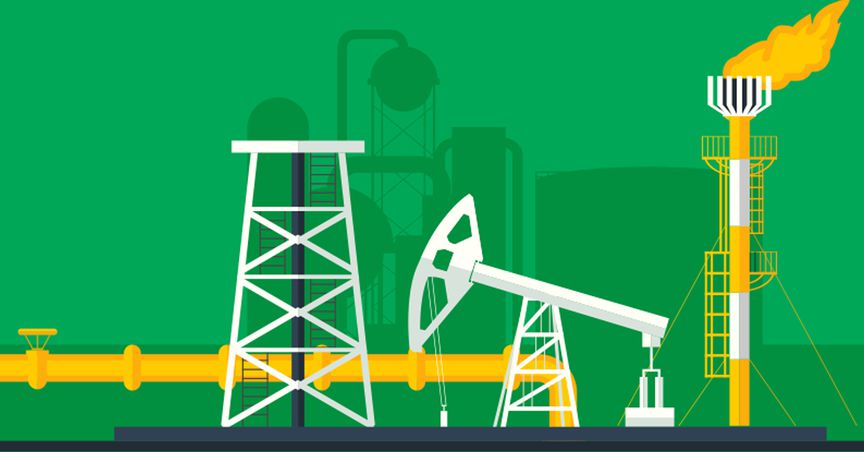 The energy industry is taking a turn around with new maritime regulations in place. The IMO 2020 has turned the table for energy stocks by encouraging the shipping industry to look for alternative fuels such as gas, thereby propelling its demand; and low-sulphur contain fuel, which is yet to mark its scalability and availability across the globe.

The transition has hurt some of the petroleum stocks such as Caltex Australia Limited (ASX:CTX), while the increase in demand for gas across the continent amidst supply shortage could be a booster for companies like Woodside Petroleum Limited (ASX:WPL), which with a market cap of ~ A$31.79 billion sits among the top of the oil & gas supply chain.

The basic and diluted earnings per share fell by ~75.21 per cent against pcp to stand at USD cents 36.7 against USD cents 148.1. The decline in earnings was mainly attributed to the fall in operating revenue for the period and higher other expenses. 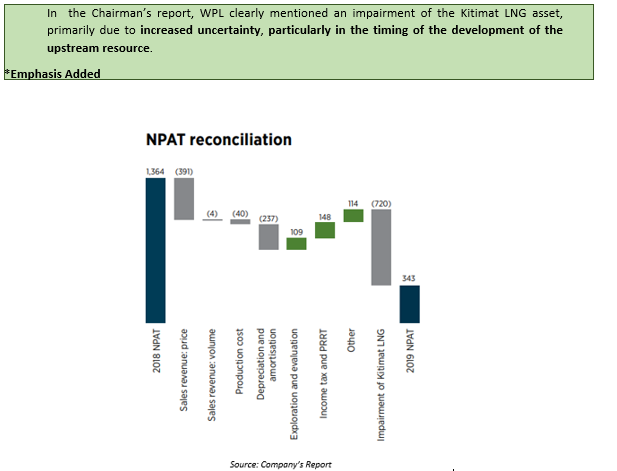 On the increased production cost at Pluto, WPL suggested that the increase was mainly due to planned turnaround activity at Pluto LNG and NWS Project.

The company spent USD 1,213 million on capital and exploration, and post adjusting for many such cash outflows and cash inflows, WPL reported a net increase in cash held of USD 2,384 million, which remained up by 74.65 per cent against pcp.

The prospect produced 37.1 million barrels of oil equivalent during the period with an LNG reliability of 98.5 per cent, and a unit production cost of USD 3.5 per barrel of oil equivalent, which further generated a sales revenue of USD 1,988 million.

The company completed a major turnaround at the prospect in June 2019, which further improved the production capacity by 15 per cent since its start-up in 2012. Pluto achieved a record daily production of 15.3k tonnes per day during the third quarter of the year, which remained 14 per cent up against the nameplate capacity of 4.9 million tonnes per annum; and, started commercial production in 2019.

The target for 2020 for the prospect would be to start the Pyxis hub for which WPL completed the final investment decision in 2019 and install a water handling module to support 2021 RFSU.

WPL completed a crucial onshore and offshore turnaround at the prospect in 2019, which further underpinned a production of 32.0 million barrels of oil equivalent. In July 2019, WPL executed the turnaround at Goodwyn A platform and LNG Train 1, while in September 2019, the company undertook an integrated turnaround involving LNG Train 5, Fractionation, the North Rankin Complex and North Rankin Train 2.

For 2020, the target of the company would be to undertake a final investment decision on the NWS component of Pluto-KGP Interconnector and further turnarounds.

The investment expenditure guidance for FY20 is at USD 4,100 million to USD 4,400 million, and WPL anticipates an increase in expenditure on growth projects including Scarborough and Pluto Train 2, Sangomar Phase 1, Wheatstone and Pyxis.

Due to the large volatility in margins associated with the shipping industry transition to IMO 2020, CTX has decided to publish its refinery margin on a monthly basis. The Caltex Refinery Margin (or CRM) in January 2020 plunged by ~ 23 per cent against Q4 2019, and by ~ 12.55 per cent against pcp to stand at USD 5.78 a barrel.

However, despite a fall in CRM, the strong operational performance underpinned CRM sales from production, which surged by ~ 18.24 per cent in January 2020 against pcp to stand at 551 ML.

As per the company, the transition of the shipping industry to IMO 2020 has resulted in elevated premiums in January, owing to increasing crude oil premiums and freight charges.