What’s Recent With The Consumer Staples- WHA and BKL?

Requirement for consumer staples marks one of the essential requisites of any individual, irrespective of the financial situation. Examples of these products include food and beverage, hygiene products and household commodities. Considering that the demand for these products is constant and prevails across the year, they are non-cyclical.

Let us take a look at few consumer staple products which are listed on the Australian Securities Exchange:

More on the top 10 consumer staple stocks (based on market capitalization) on ASX can be READ here.

With this backdrop, let us now look at the recent updates and present stock performances of two consumer staple stocks, on ASX- WHA and BKL:

Company Profile: A provider of health and wellness products, WHA sources locally grown ingredients and creates formulations and organic products with scientific and nutritional benefits. Adhering to international standards, the company aims to protect the earth’s natural resources. With its registered office in Abbotsford, the company was listed on ASX in 2017. The company has offices in China, Vietnam and India. WHA has three product ranges- The nutritional infant formula dairy range, Nutritional range dairy and WattleBaby natural baby food.

Acquisition of Blend & Pack: On 2 July 2019, the company announced that it had signed a revised debt facility term sheet for net cash funding with Gramercy, which now amounts to $85 million. This funding was $75 million, before the revision. With a coupon rate of 9 per cent per annum and OID of 13 per cent, the debt facility is valid for a term of four years.

The revision of this debt facility term sheet would aid the company to receive additional working capital and increase the proposed purchase of B&P shares. Blend & Pack is Australia’s largest CNCA certified manufacturing facility. The company is aiming to increase its shareholding interest in Blend & Pack to 93. 5 per cent, which would facilitate the construction of Australia’s first dedicated organic nutritional spray dryer. Post the acquisition, the company would be amongst the first fully vertically integrated organic nutritional dairy players in the country.

Other updates: The company would be conducting its Extraordinary General Meeting and Explanatory Memorandum on 31 July 2019. 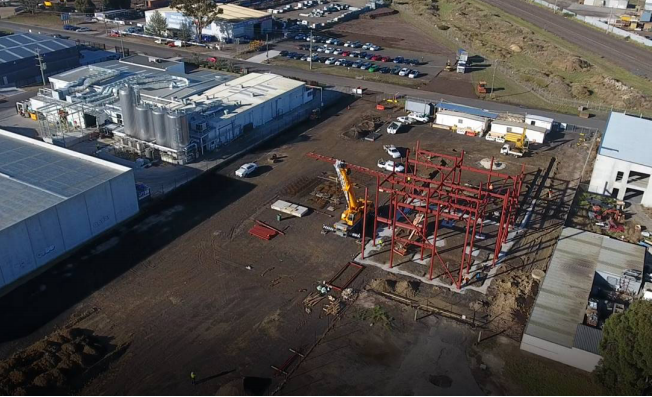 Company Profile: Pertaining to the group of household and personal products, BKL provides natural health solutions to its users. The company was listed on ASX in 1985 and has its registered office in Warriewood, New South Wales.

New on Board: On 2 July 2019, the company announced that it had appointed a new Chief Executive Officer and Managing Director, Mr Alastair Symington. His term would be effective from 1 October 2019. Based in Dubai and hailing from Melbourne, Mr Alastair is currently serving as a senior VP of Consumer Beauty, leading the ALMEA region for Coty. He holds 23 years of experience and has worked in firms like P&G, Nestle and Gillette. Before the effective term, Executive Director Marcus Blackmore is serving as the company’s Interim CEO.

Shareholder Briefing: On 28 May 2019, the company conducted a Shareholders Briefing (Lead the Wellness Revolution). It presented its third quarter YTD update for FY19. The company had recorded a revenue of A$460.1 million, which was up by 6 per cent on the prior corresponding period of FY18 (A$434.4 million). 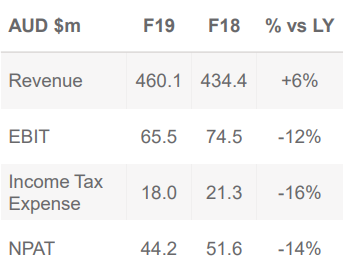 Segment-wise, the revenue in all regions was up, except for in China. Considering this result, the company is focussed on reduction of excess stock in channels to China, as an outlook for FY19. The company is also targeting savings worth $60 million over three years.