Consumer staple products can be best understood as those essential products and needs of every person, which cannot be disregarded. This is the section of necessities that one must get for himself, regardless of his financial conditions and defined budgets. The consumer staples comprise of products like food & beverages, household requisites and hygiene products. Interestingly, even tobacco and alcohol are part of this section.

The products are non-cyclical, which means that their demand is on across the year, irrespective of the economy’s condition or business cycles. Few examples of consumer staple companies include- Coca Cola co., Procter & Gamble Company, Campbell Soup, Carter’s, Costco and Hanesbrands.

The S&P/ASX 200 Consumer Staples Index trades with the code XSJ on ASX and is regarded to be less sensitive to the economic cycles, given their constant demand across the year. Launched on ASX on 2 July 2002, the sector has generated a one-year return A$11.401.99 (as on 28 June 2019). The annual returns were up by 0.85 per cent. Let us look at the performance through this year on ASX: 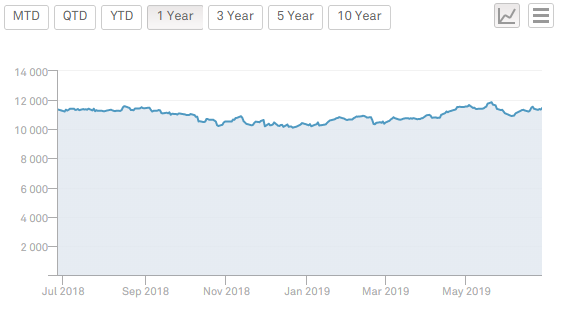 There are approximately 68 companies that trade under the consumer staples sector on the Australian Securities Exchange. Let us now look at the top ten companies, based on their large market capitalisation:

With this backdrop of consumer staple products and the sector, let us now look at the recent updates and stock performance of two stocks pertaining to this sector, listed on ASX- RIC and BWX. The below graph is a depiction of the six-month returns of these two stocks, and it can be noticed that they have delivered contrasting returns, with RIC delivering a negative return of 5.41 per cent, a recent downgrade after following a steady path this year. BWX has, however, generated a positive return of 13.92 per cent in the last six-months and has risen after a steep down phase in May this year.

Company Profile: Australia’s leading commercial supplier of animal nutrition solutions, RIC has 20 sites across the country, engaged in the production of finished feeds and feed ingredients, based on Australian grown cereal grains. It has a production of nearly 2.0 million tonnes per annuum. RIC employs more than 700 people in Thailand and Australia. Besides production, the company also offers services and conducts marketing and recycling processes. It was listed on ASX in 1987 and has its registered office in Melbourne.

Trading Update: On 28 June 2019, the company made an announcement in view of keeping the market updated on its trading activities. According to the company, it is most likely to generate a full year net profit after tax in the range of $22 million and $24 million. A consensus forecast by analysts, for the same, is circa $25 million and a prior year equivalent result of $17.4 million.

Board Update: On the same day, the company notified that its CEO and Managing Director Tim Hart will leave the company. In the event of his departure, Mr David Lord, who is one of the non-executive directors at RIC and Chair of the Ridley Remuneration and Nominations Committee, will serve as the Interim CEO, until the company decides on a probable candidate for the position.

Company Presentation: On 4 April 2019, the company presented at the Credit Suisse F&B Focus day, stating that it has made significant investments to drive long-term growth. It was reported that the company commissioned two new feed facilities since 2012 - Lara and Pakenham. A new facility (Westbury) is likely to start operations imminently, while the Wellsford facility is scheduled to become operational next year (2020).

It was reported that the company is scaling up its performance to maintain its top position as the supplier of animal nutrition solutions. The below image showcases Ridley’s management estimated market share, sector-wise: 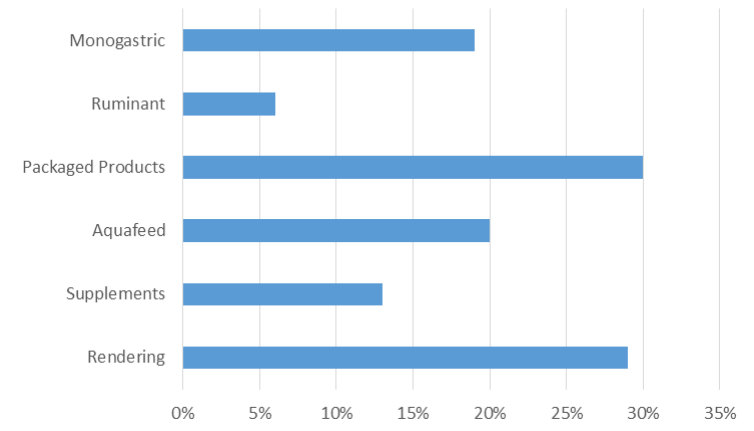 Company Profile: Listed on ASX in 2015, BWX offers natural beauty products under several brands across Canada, the US, China, Australia and the UK, among other global markets. The company is engaged in the innovation, development, production and marketing of natural products. In 2016, Sukin, one of the company’s brands, was tagged as Australia’s number one skincare brand in pharmacy. The company was founded in 2013 and is headquartered in Victoria.

Leadership, Trading and Governance Update: On 16 May 2019, the company provided a leadership, trading and governance update, stating that it appointed David Fenlon as the new Global CEO & MD after Myles Anceschi proposed to leave the business. David Fenlon will assume the new role from 1 July 2019. The company is hunting for an additional Non-Executive Director apart from a US executive. APAC Sales Director, Mr Stephen Brown, is set to begin with his new responsibilities from July this year.

The company stated that it is most likely to generate a trading EBITDA in the range of $21 million and $23 million. There is an anticipation that the Sukin’s trading would be impacted in Q4, given the unprofitable promotions and unnecessary stock building, however, margins would improve in the next financial year.

Read about the company’s 1HFY19 results, here wherein its revenue increased by 1.4 per cent to $68.1 million.