Infant Formula, also referred to as Baby Formula/Infant Milk, are specified products designed specifically for managing the dietary requirements of infants aged 0-12 predominantly, to substitute the nutrition that would be received through breast milk.

The ingredients of infant formula include necessary amount of water, carbohydrate, protein, fat, vitamins, and other important minerals an infant need to accomplish and maintain normal health and growth.

Effective and efficient nutrition is the prime need of every infant, besides proper care, deficiency of which might lead to serious disorders and malnutrition. The crux of this notion gave birth to firms that develops infant formulas and baby foods.

There was also an action plan to encourage domestic Chinese players for purchasing foreign infant players and establishing production facilities abroad. We saw China’s local manufactures trying to capture a bigger share of the AU market, with one of the Australia’s prime infant formula company Bellamy’s Australia Limited (ASX:BAL) already been acquired by a Chinese firm Mengniu Dairy Company Limited.

Founded in 2011 and listed on ASX in 2017, infant formula company Wattle Health Australia (ASX: WHA) recently provided an update on its right issue and the proposed acquisition of Blend and Pack.

In an announcement dated 18 December 2018, the company updated the market that it has joined the New Zealand Stock Exchange (NZX) debt market with its inaugural bond issuance wherein the company issued NZ$180 million of unsecured, subordinated, fixed rate bonds.

With this, Synlait stood as 3rd new debt issuer to enter the NZX debt market in the final listing for 2019.

Founded in New Zealand in 2002 by Dr Corrie Mc Laughlan with operations in the U.S., China, Hong Kong, Singapore, Australia and New Zealand, The a2 Milk Company provided outlook for the financial year 2020. Key Highlights are:

The company anticipated revenues in the range of $780 million to $800 million with growth displaying strong performance against company’s strategy.

Listed on ASX in 1993, infant formula manufacturer and a consumer staple player, Bubs Australia Limited) announced on 20 December 2019 that it has successfully completed the share purchase plan (SPP). 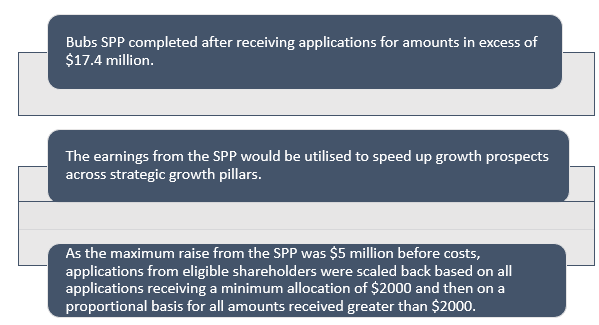 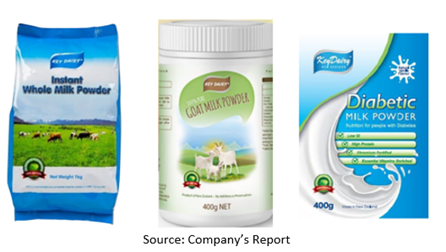 The company further informed that all the necessary licensing and accreditations including Dairy Food Safety Victoria and Certification and Accreditation Administration of the People’s Republic of China (CNCA) have been received.