The stock market in October will be greatly influenced from the fresh round of talks between US & China related to tariffs. This is because China is Australiaâs one of the largest trading country. There is an anticipation that there will be some agreement that will be reached to end this ongoing trade war. This is on the back of US President Donald Trump statement, that both countries are in âgood conversationsâ and there could be an agreement shortly.

Further, the stocks that could continue to perform are stocks that have good visibility of the business in the future and have long term prospects. Let us now have a look at such stocks as follows:

Australia and New Zealand Banking Group (ASX: ANZ) is among the top five listed company in Australia and bank market share. It is the largest bank in New Zealand that have the total assets of AU$980.2 billion. ANZ is simplifying its business as it is concentrating on Institutional and Large Corporate banking in Australia.

The bank has recently on 23 September announced the completion of the sale of its Retail, Commercial and Small-Medium Sized Enterprise (SME) banking businesses in Papua New Guinea to Kina Bank, which is a 100% owned subsidiary of Kina Securities Limited. The company has already sold its retail and wealth businesses in various countries, that includes Singapore, Hong Kong, China, Taiwan, Indonesia and Vietnam.

As notified on 19 August 2019, the company sold its 55% interests in JV or Joint Venture ANZ Royal Bank to J Trust.

As updated by the company on 2 May 2019, ANZ had already sold 23 businesses and have reduced risk-weighted assets (RWA) in Institutional by $50 billion. This had led to freeing up of $12 billion of capital which will help the company re-balance its portfolio and invest in growth of the entity. Further, ANZ is considering RBNZ's proposal for enhancing the capital in New Zealand. This proposal is projected to add NZ$6 billion to NZ$8 billion of additional capital over the period of next five years, which means around 50% more than what ANZ is currently holding.

Moreover, for the first half report of 2019, released on1 May 2019, the bank reported rise in the cash profit for its continuing operations to $3.56 billion, though during the period, there is 5% decline in the Statutory Profit after tax to $3.17 billion. During 1H 2019, there was 25 basis point expansion in the Common Equity Tier 1 Capital Ratio to 11.5% & 13 bps expansion in Return on Equity to 12%. 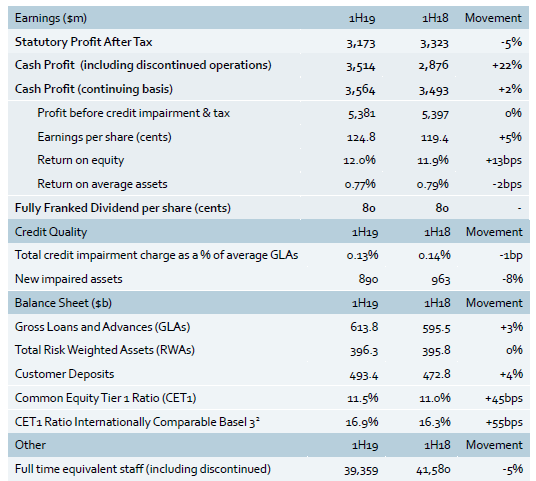 Moreover, in FY 19 results, the company has reported 3.1% rise in the Group sales revenue (excluding Fuel sales and Hotels) to $35.0 billion on the back of growth of Supermarkets, Liquor and Express segments. However, during the period, there has been 8.1 percent decline in the Group EBIT (without Hotels and significant items) to $1.3 billion due to minimal volumes of Express fuel and rise in corporate costs related with being a standalone ASX entity and one-off demerger expenses.

Stockland (ASX: SGP), the leading company that has presence in the development of the retail town centres, workplace and assets related with logistics, residential and retirement communities.

Moreover, for Retirement Living, the company has more than 3,500 total development units in its pipeline, which would give revenue in the future. For Residential, the first settlements from the companyâs 8 new projects are expected to be done over the next two years and would boost landbank activation and ROA. 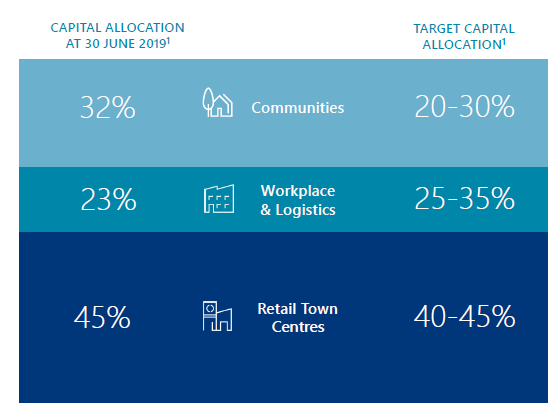 On 17 September 2019, RHC notified the market that Paul Ramsay Holdings Pty Limited sold 22 million shares in Ramsay to institutional investors at the price of $61.80 per share and has reduced its holding to 21% of the issued share capital.

Moreover, in FY 20, the company will be investing $72.34 million for Greenslopes Private Hospitalâs Surgical, Medical & Emergency Centre expansion. It will also be investing $67.7 million for Hollywood Private Hospitalâs New Emergency Department & Beds, both of which is projected to open in fiscal 2022. Further for fiscal 2020, the company expects Core EPS growth on a like-for-like basis to be in the range of 2% to 4% (means negative Core EPS growth in the range of -6% to -4%) and Core EBITDAR is expected to grow in the range of 8% to 10%.

CLICK HERE FOR YOUR FREE REPORT!
Tags:
ramsay health care limited ASX: ANZ ASX: RHC ASX: SGP US China trade war ASX: COL Australia and New Zealand Banking Group Coles Group Ltd
All pictures are copyright to their respective owner(s).Kalkinemedia.com does not claim ownership of any of the pictures displayed on this website unless stated otherwise. Some of the images used on this website are taken from the web and are believed to be in public domain. We have used reasonable efforts to accredit the source (public domain/CC0 status) to where it was found and indicated it below the image.