ECR Minerals (LON: ECR) has started drilling operations at the Byron prospect in the HR3 area of its Australian Bailieston project in the Victoria Goldfields. A strategic portfolio of exploration ground in the Victoria Goldfields has been built by the company’s wholly owned subsidiary Mercator Gold Australia Pty Ltd (MGA). It has been granted application licences of around 1,175 square kilometers.

The most important aspect of this drill location is that it is the first among the several planned drill locations of ECR which will be managed by its central exploration facility compound in the Victoria Goldfields.

Besides, the extensive drilling will be funded from the company’s existing cash resources, which stands at around £2.95 million. 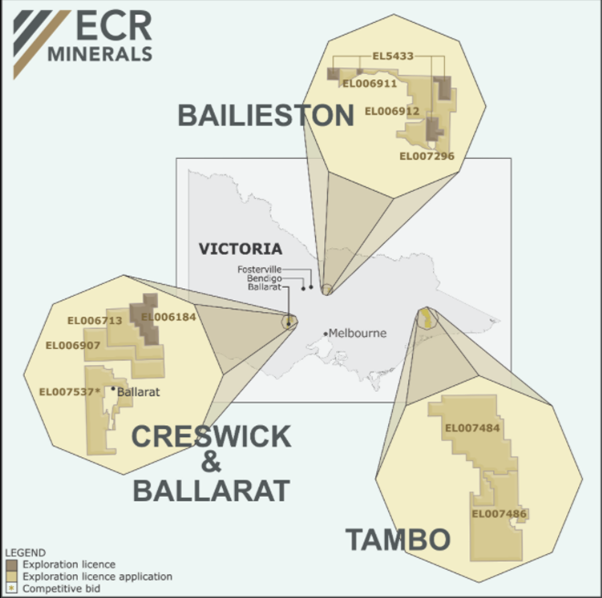 Among this, the first planned hole HR3DDH001 will be targeting the extension of the reef below the depth of the historic workings of the Byron mine.

Later, once there are some encouraging results from the drilling, the company will work on different follow-up holes, which have already been designed to test the continuation of the reefs.

Besides, drill Section B holes will be targeting the vein at similar complexities as of Section A, though they have been planned in the southern side of the Byron shaft. The company has also clarified that both the sections are for guidance purpose and are open for modifications, based on the geology of the site and no reliance should be placed on them. 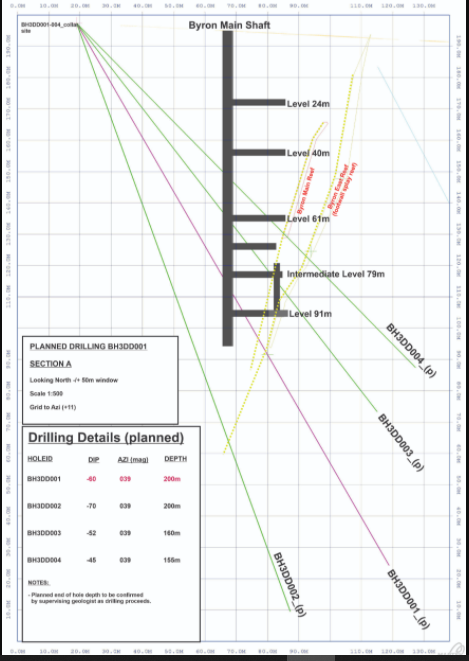 It is also planned that drilling will remain functional at HR3 after Byron and will offer a framework for the first time of the geological structures hosting the reefs at Hard-Up reefs, Scoulars, Dan Genders and Maori. The framework can then be used to try targeting coalescing reef intersections. Later, the drill will be moved to Cherry Tree prospect, or to the Blue Moon discovery within the Bailieston project.

MGA is also focusing on the other major project of Creswick and is looking to pursue the previous drilling results there. It has already received the required government approvals and has determined the drill site. The result of the soil geochemistry survey of the Jackass Reef prospect will be highly valuable for targeting the Creswick project at the appropriate time.

Metals and mining company ECR Minerals, which holds 100 per cent ownership of the Bailieston and Creswick gold projects through its Australian subsidiary MGA, has also applied for two new exploration licences, consisting of Tambo gold project, in eastern Victoria, Australia.

The company has also been discussing any potential corporate transactions, including a possible joint venture arrangement. The shares of the company closed at GBX 3.30 on 21 January 2021, giving a huge return of over 400 per cent in last one year.