Exploration and mining face more complex challenges than ever before in a world of globalisation, technology advancement, increasing regulation and fluctuating markets. But ECR Minerals has been known for taking up challenges and succeeding them. It is their expertise in mining, which places it at the forefront of the industry.

The licences will comprise the Tambo gold project, which are contiguous. The areas cover portions of the Swifts Creek/Omeo and Haunted Stream goldfields. According to figures published by the Geological Survey of Victoria, the project areas have recorded historical gold production of 205,000 and 25,000 ounces respectively and are prospective for orogenic reef gold and intrusion-related gold & base metal systems. 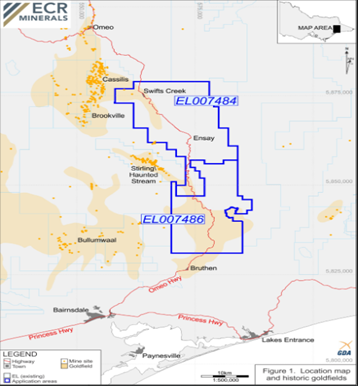 Since the area has been mostly explored by smaller companies and individuals previously, it has not received thorough exploration with modern techniques. Most of the project area comprises a prospective basement including granites, falling within the area of a large airborne gravity survey which is supposed to begin in late 2020 as per the plans of the Victorian State Government.

Private land (EL007484) and Crown land (EL007486) covers most of the application areas, having good access via tracks off the Omeo Highway running along the length of the project area. 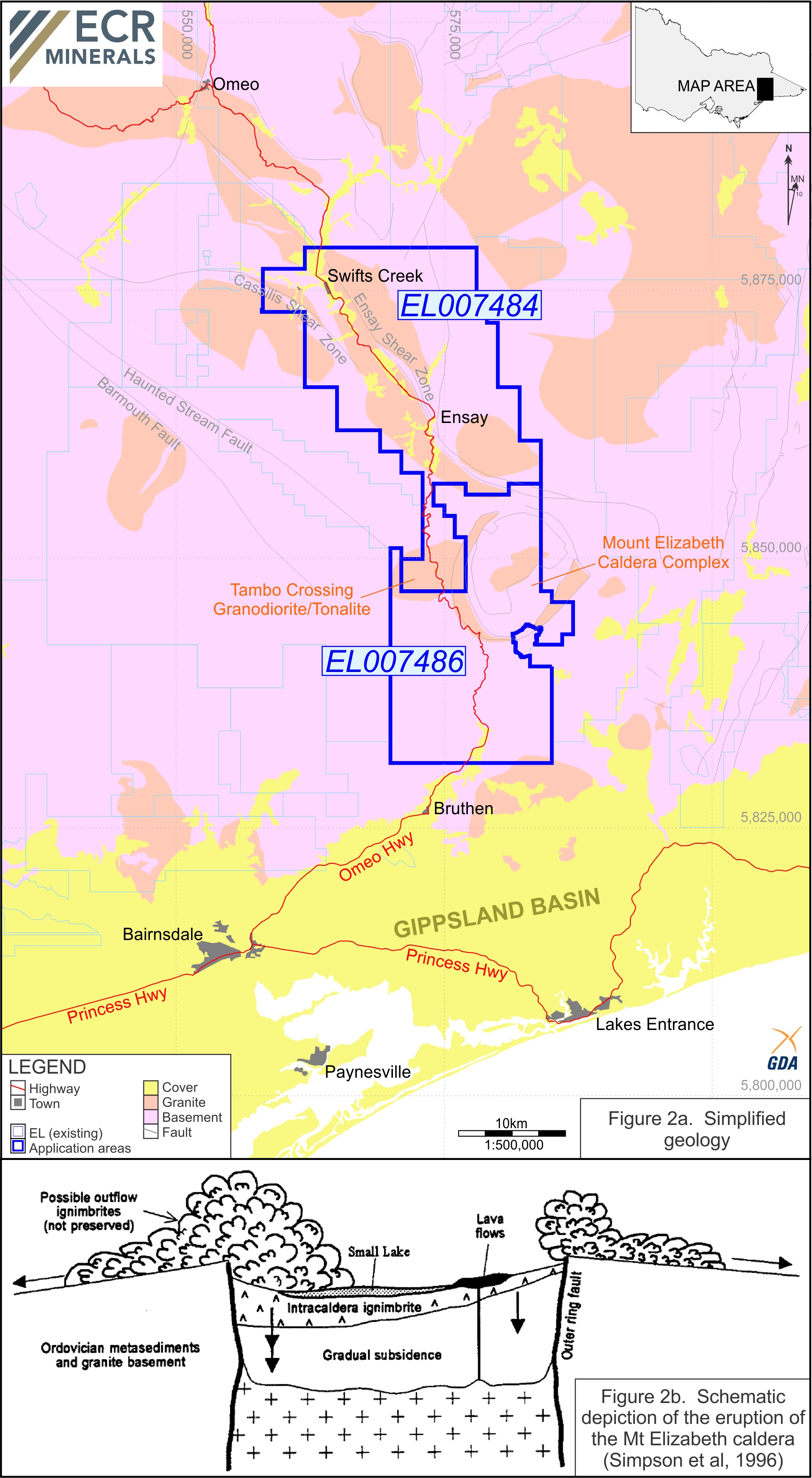 The historic Swifts Creek/Omeo goldfield which recorded a total historical production of 205,000 oz, approximately half of which was primary gold, is covered under the application area. The goldfield includes gold production centres at Omeo, Cassilis and Brookville. MGA intends to explore the primary mineralisation at Cassilis which is orogenic reef gold along the Ensay and Cassilis shear zones that cross the application area.

The historic Haunted Stream goldfield that has recorded historical production of 25,000 oz gold is covered under the application area. Remnant patches of gold-bearing alluvial terraces are used to extract small amounts of Gold also known as ‘the tenement area’. These terraces are continuously mined for Gold since the last few decades. Although there is potential for reef sources either at surface or at shallow depths within the tenement area, the Stirling area might be the source of the alluvial gold.

Mount Elizabeth caldera and accompanying intrusive are covered under the application area and are prospective for mineralisation above the deeper intrusion and associated with the ring faults. Roof pendants indicate that it has not been deeply exhumed in the Tambo Crossing granodiorite/tonalite. In contrast, Victoria’s intrusive systems are typically eroded to deeper levels so the opportunities to explore for deposits near the tops of these systems do not usually exist.

With opportunity comes risk. Like any other stocks, Gold stocks hold the same kind of risks. Similarly, Gold has high growth potential which is of great opportunities in the market. From the perspective of investing, gold stocks are a great alternative in the precious metal category. The stock price movements of gold miners and related companies do not necessarily follow the trajectory of the value of physical gold such as bullion or coin.

The company’s move has been vetted and the announcement made by the company regarding the Tambo project has been reviewed by Dr Rodney Boucher of Linex Pty Ltd. Having identified the project has been a positive sign for the company as it is very difficult to find good quality exploration ground in Victoria. The project area is prospective near historic goldfields and largely remains unexplored