What is a universal basic income (UBI)?

Universal Basic Income (UBI) is a guaranteed payment provided to the citizen by the government. It's usually referred to as citizens income or basic income. The intention behind launching this system is to make funds available for the citizens who are not able to cover the basic cost of living.

The kernel of this idea belongs back to 1516 book of Thomas More, articulating it through one of its characters Raphael Hythlodaeus – “No penalty on earth can stop people from stealing, if it is their only way of getting food”.

Universal Basic Income provides financial security to the people and an escape from potential poverty. The concept is more prevalent these days, as the growth of technology has caused job loss worldwide.

UBI also helps in combating poverty. The UBI monetary plans differ on who receives the benefit. Some countries provide monetary assistance to citizens regardless of their income. Some countries pay only to those who are below the poverty line even if they are employed or not. Some governments pay their citizens whose jobs were taken due to automation and robotics. 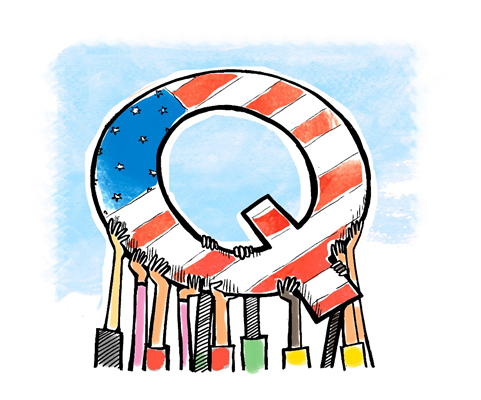 These monetary benefits are given without any strings attached.

Many countries have experimented with UBI in the past but only few have managed to continue successfully even till now in a permanent manner.

UBI policies face criticism from people as some plans are based on the increased tax slabs on the wealthy, whereas some believe that the corporations should be taxed in order to benefit the poor.

Many countries, such as the United States, Canada, Finland, Kenya, Scotland, have tried and experimented with Universal Basic Income strategies. Taiwan may soon vote for the policy implementation as its younger generation from rural areas is migrating to cities and other countries in search of work. The steady basic income may keep them in the country.

One country in the world has initiated a nationwide unconditional universal basic income programme, which is Iran. The government provides cash benefits to every household permanently, unlike other countries who provide it to a limited portion of the population.

The government implemented the scheme after it discontinued the subsidies on bread, water, electricity, heating and fuel. The United States tried to implement the programme on a trial basis in small-scale range, but it went unsuccessful. The plan only worked in the state of Alaska. Since 1082, the citizens received a cheque from about US$1,000 to US$2,000 depending on the oil prices. The territory provides monetary benefits through the state-owned Alaska Permanent Fund whose revenue stream is dependent on the oil business.

Universal basic income programmes haven't worked in Europe till now except in a few countries. However, the coronavirus pandemic has changed the situation. Spain is in the process to become the first European country to launch an initiative for universal basic income policy. The families would receive monetary benefits from the government. Though the government is facing economic instability due to the health crisis, it plans to offer the policy permanently to Spanish society.

COVID-19 pandemic has also provided a push in the UK for universal basic income policy. Around 170 members of the parliament submitted an open letter to Chancellor Rishi Sunak. The letter urges the government of the UK to consider implementing the policy to help financially struggling citizens. The scheme did not see the light of the day. 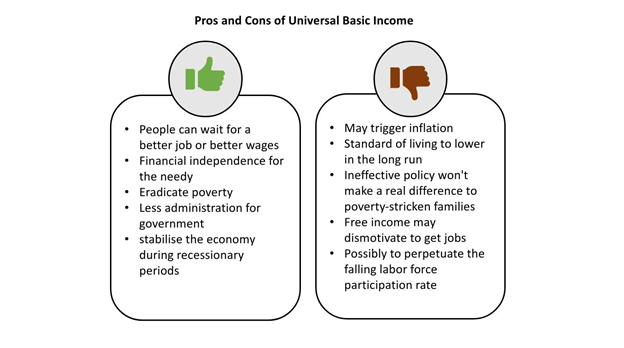 What are the advantages of universal basic income?

The economist argues that if all the citizens suddenly receive a basic minimum monetary fund, most beneficiaries will possibly end up spending the extra cash, which will drive the demand in the market. The situation will burden the retailers and manufacturers in order to meet the demand, and if they can’t increase their supply, they will eventually increase the prices giving rise to inflation.

It is observed that the recipients of the universal basic income prefer to get a job than living on free income. Also, the free income is likely to prevent them from getting one. This can severely impact on the already low labour workforce in the world.

Some believe it’s unfair to compensate the rich with the same amount which a poor person is given.

Bitcoin & Its Reckless Power Consumption Is A Threat To The Climate