What is Third World Country?

Countries are ranked from first to the Third world according to the terms of the "worlds" system. The first world refers to the most technologically advanced, developed, and industrialised countries; in other words, capitalist countries that linked themselves with NATO and the United States during the Cold War.

The "Third World" refers to the nations that are deemed developing or poor. The following characteristics usually define countries in the "Third World".

(2) Unrest in the political or economic spheres.

The use of the phrase "Third World" to identify specific countries has provoked much debate, as it may signify a lower level of geopolitical relevance when contrasted to nations in the "First World" or "Second World." For instance, a nation in the "First World" does not have to be superior to a country in the "Third World" in every regard. In contrast, the words "least developed countries" or "developing countries" are increasingly being used in place of "Third World."

What does it mean to live in a Third World country?

One can define the "Third World" as an obsolete and disparaging word that has been utilised historically to define a particular class of financially developing or poor nations.

Furthermore, it was part of a four-part segmentation used to categorise the world's economies according to their economic significance. As a result, Third-World countries trailed First- and Second-World countries but were ahead of the Fourth-World countries, even though the latter were barely known. Thus, the ideal terminology is low- and middle-income countries (LMIC), underdeveloped or developing countries.

For the sake of economic segmentation, there could be a few distinct ways to divide the world. Categorising nations as First, Second, Third, and Fourth World was conceived during and after the Cold War, from 1945 to the 1990s.

Additionally, the World Bank and the International Monetary Fund keep a careful eye on developing countries as they offer international financial aid for initiatives that comprehensively enhance infrastructure and the economic system. Both organisations classify these nations as low-income or lower-middle nations.

Several investors may target LMICs or developing nations in search of potentially huge profits through possible growth possibilities. However, the risks are also substantially higher even though developing countries are referred to as those nations which perform poorer financially, innovative and industrial breakthroughs that could lead to significant improvements in a very short period. 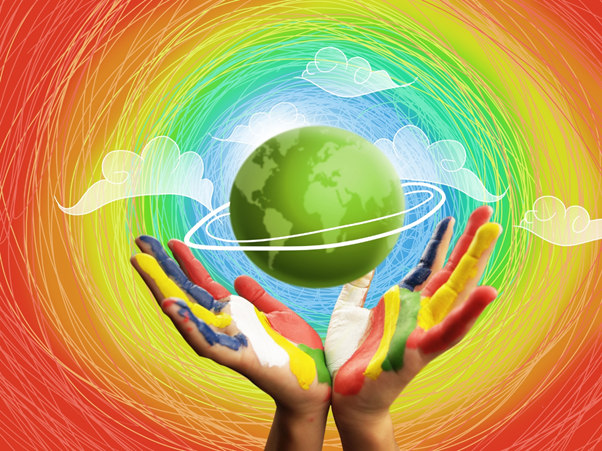 What is origin of the phrase "Third World"?

During the Cold War, the term "Third World" was coined to describe nations unable to join the Warsaw Pact or NATO. In another sense, the phrase categorises nations that did not select a side during the Cold War. Nations affiliated with NATO were deemed to be part of the "First World," while those aligned with the Warsaw Pact were believed to be part of the "Second World."

During the Cold War, a French historian, anthropologist, and demographer named Alfred Sauvy is credited with coining the term "Third World." Sauvy saw a group of nations, the majority of which were former colonies, that did not share Soviet socialism or Western capitalist ideologies.

After the Soviet Union collapsed in 1991, "the Third World" took on a new meaning. Currently, the term is used to describe countries that are non-industrialised or economically poor.

What are the distinctions between the First, Second, and Third Worlds?

Most nations on Earth now become a part of three categories: emergent, developed, or frontier. As a result, the world's divisions have shifted to adjust within those categories.

When someone says "Third World" countries, they are referring to developing or poor countries. On the other hand, more wealthy nations, like Western European nations and the United States, are depicted as part of the "First World."

Moreover, the First World nations refer to the most technologically advanced, developed, and industrialised countries. The following are some examples of First World countries:

Second World nations were primarily linked with the Soviet Union and tended toward socialist society throughout the Cold War.

The following are some examples of Second World countries:

All other nations that were not actively associated with either side during the Cold War are considered Third World countries.

The following are some examples of Third World countries:

At Present, the strong economies of the West are still sometimes referred to as the "First World," but the word "Second World" has turned obsolete in the wake of the collapse of the Soviet Union.

Moreover, several modern scholars consider the "Third World" term obsolete because it is partly a relic of the Cold War.

Third-World countries suffer from high mortality rates, particularly among infants, as well as an unstable economy. In addition, these are countries with high levels of poverty and, in some instances, fewer environmental resources than other countries around the world. As a result, these nations frequently need to rely on more developed countries to stabilise their financial systems.

LIC, ATM, SML- Why are these dairy stocks grabbing headlines?