What is the Fourth World?

The term "Fourth World" refers to the world's most impoverished, underdeveloped, and oppressed regions.

Many people in these countries have no political affiliations and are hunter-gatherers who live in nomadic societies or belong to tribes. They may be fully functional and self-sufficient, but their economic development determines their Fourth World status.

What does the term "Fourth World" imply? 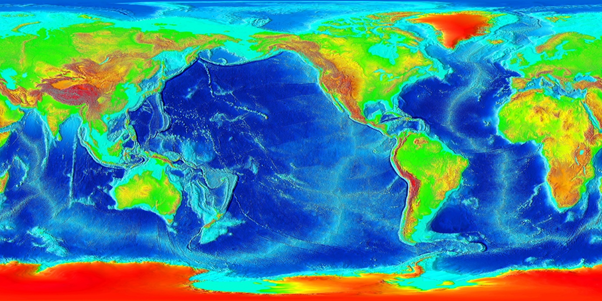 Each country was assigned to a particular global type, which has changed over time as these classifications have progressed.

Nations that backed capitalism and NATO (The North Atlantic Treaty Organisation) were referred to as the First World. At the same time, those that favoured the Soviet Union and communism were described as the Second World, and countries that were not actively associated with either side were known as the Third World. Asia, Africa, Latin America, and the Middle East were included in this category, as were impoverished former European colonies.

Later, as an extension of the developing Third World, the phrase "Fourth World" represents people and areas with limited natural resources and severely low per capita income. 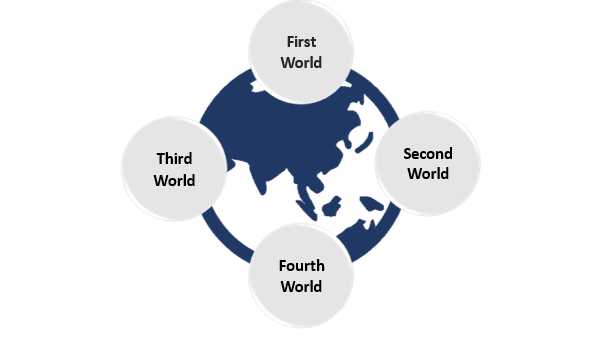 The nations of the Fourth World were made up of people who were marginalised in society. For example, Aboriginal tribes in Australia and South America are completely self-sufficient and do not engage in global economies. These tribes can operate without the help of others. However, they are classified as Fourth World states worldwide, and they do not receive or contribute anything, and they are untouched by global events.

Political boundaries did not define regions in the Fourth World. Instead, they were frequently regarded as nations without sovereign status, stressing the perceived non-recognition and exclusion of religiously and ethnically defined people from the international politico-economic system, such as the First Nation communities of Central, North, and South America.

According to the United Nations Office of the High Commissioner for Human Rights and the International Work Group for Indigenous Affairs (IWGIA), the population of the people of the Fourth World is estimated to be between 300 million and 370 million people, with at least 5,000 distinct people living in more than 72 countries.

What is the origin of the term "Fourth World"?

Mbuto Milando, the first secretary of the Tanzanian High Commission, has coined the term Fourth World in a conversation with George Manuel, chief of the National Indian Brotherhood, in Canada. The Fourth World, according to Milando, will emerge when indigenous people come into their own, based on their cultural traditions.

Following the release of Manuel's The Fourth World: An Indian Reality in 1974, the term became synonymous with stateless, destitute, and marginalised states. The word has been used by think tanks like the Center for World Indigenous Studies to describe the ties between ancient, tribal, and non-industrial nations and modern political nation-states since 1979. 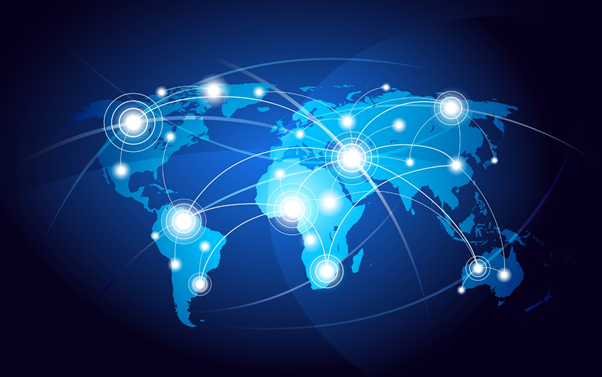 The United Nations (UN) Declaration on the Rights of Indigenous People (UNDRIP) was adopted in 2007 to establish minimum standards for indigenous people' dignity, survival, and well-being worldwide. Since then, Fourth World people' interactions and coordination have advanced in the shape of international treaties for security, travel, and trade.

Moreover, the Fourth World's communities and tribes are distinguishable from other minorities by maintaining, atleast in part, their cultural, linguistic, or social traits, and by doing so, remaining unique from the surrounding populace and dominant culture.

What are the most pressing concerns confronting indigenous populations in the Fourth World?

Most of the time, contemporary indigenous societies and communities live alongside and among populations who have historically perpetrated great injustices against them. Moreover, their rights have traditionally been negotiated as part of a state-guaranteed and protected structure of minority rights.

Compensation for the forcible loss of resources and land and the destruction of traditional life has been sought and received in a few cases, such as in Canada and Australia. However, despite these advancements, the bulk of the world's indigenous people are experiencing population declines.

Most indigenous communities no longer live on their ancestral grounds because of relocation, migration, forced resettlement, or being a minority among other groups who came into the territory.

As a result, the subject of land claims had become a significant point of conflict between the Fourth World and other provinces, towns, and national governments.

Which countries are in the Fourth World?

The Least Developed Countries, or LDCs, are countries designated as Fourth World by the United Nations. In terms of human development and socioeconomic development index ratings, these countries lag behind other nations. The following countries are among the LDCs with Fourth World regions.