What is meant by the term resource curse?

Resource curse is also known as the paradox of plenty. It refers to the inability of many resource-rich countries to fully benefit from their natural resource abundance. It also indicates their governments' inability to respond to public welfare requirements adequately.

While one might predict better development results once a country discovers natural resources. But in reality, resource-rich countries tend to have greater rates of conflict and authoritarianism and poorer rates of economic stability and growth than their counterparts who may not enjoy such a resource abundance.

Corruption, appreciation in the exchange rate, foreign ownership, and conflict have all been proposed as explanations for resource curse.

Countries like Japan, Singapore, and Hong Kong are not endowed with natural resources that they can export. Despite this, they were able to acquire better living standards and faster economic expansion. On the other hand, many countries like Nigeria, Zambia, Sierra Leone, Angola, Saudi Arabia are rich in oil, minerals, and other natural resources, yet their economic performance has been lacking.

What are the reasons for the resource curse?

Natural resource wealth, particularly oil income, has increased the likelihood of governments becoming autocratic. The reason for this is related to taxation. Political scientists have found that when government expenditure relies on tax revenue generated from the taxes paid by citizens, governments are more responsive to their needs and more likely to transition to democracy. However, when governments generate enormous amounts of revenue from natural resources, they are less reliant on taxes paid by citizens. Thus the needs of the citizens are not emphasised enough in the national budget. Politicians and government personnel are also less responsive to citizen requests.

Natural resources can cause internal conflicts when different groups compete to control the resources or utilise them to fund their fights. History is evidence that nations abundant in oil have been more prone to civil war situations. For instance, we can see this hold true in case of the Democratic Republic of the Congo, Iraq and Libya. However, there remain opposing views on this proposition.

Civil strife can be traced back to mineral resource conflicts in countries like Congo, Angola, and Sudan, at least in part. The most apparent reason for postponing and reversing economic development is civil war. Conflict results in the waste of resources, loss of human capital, and the diversion of resources away from productive investment. However, there is no clear link between natural resources and civil war. Civil war is more strongly linked to a lack of stable leadership and a political democracy tradition. Many countries with abundant natural resources have never seen civil war. 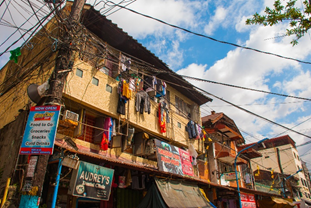 Because of fluctuations in resource earnings, the amount collected by governments might vary dramatically from year to year. It is tough to spend variable and uncertain revenues effectively. Governments often get caught in boom-bust cycles. They indulge in spending on legacy projects when revenues are rising and face challenges when revenues fall. Governments with abundant natural resources tend to spend excessively on government salaries, wasteful fuel subsidies, and monuments, while investment in human capital development is much below the requisite levels.

When revenues are substantial, governments frequently make excessive borrowings because their creditworthiness is strong. When revenues declined in Mexico, Nigeria, and Venezuela in the 1980s, this type of behaviour resulted in debt crises. The private sector can be affected similarly, as it might park excessive funds in investments during periods of boom and then go bankrupt during the slowdown phases.

A country with abundant natural resources will almost always specialise in its production and export. As a result, the economy has less incentive (or necessity) to diversify into other areas like service and manufacturing. Furthermore, because the workforce is employed in low-skilled physical labour, it can also stifle the creation of human capital. This is an issue because the economy becomes dependant on the price and demand of this commodity. If the resource is depleted, the economy will be left with only a small industrial sector and no room for expansion. 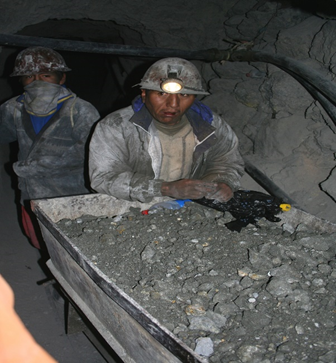 Natural resources are typically owned by companies with strong monopoly and monopsony power. Global conglomerates, such as De Beers diamond mining, are frequently involved. This means that the income from the sale of natural resources goes to a limited group of affluent shareholders who often are from other countries. As a result, profits are returned to the multinational's home country rather than benefiting the developing economy directly. Furthermore, corporations' tax rates are sometimes set low in order to attract investment. Mining corporations do employ people, but the percentage of profits that go to workers is relatively low.

What is meant by the term Dutch Disease?

Due to the resource effect, a country that discovers natural resources will see its currency appreciate. This has the advantage of making imports more affordable. On the other hand, export industries may be harmed by an increase in the exchange rate, making them less competitive. As a result, the economy becomes lopsided, with resource-based industries being the only ones that can prosper. This is called Dutch Disease.

During the 1979-81 oil boom, nations like Mexico, Venezuela, and Nigeria enjoyed fast exchange rate appreciation due to oil discovery, but then other businesses were no more competitive internationally.

Is there a solution to the resource curse?

Macroeconomic strategies, economic diversification, natural resource funding, transparency and accountability, and direct transfer to the general public are among the most preferred solutions. These ideas have had little success because they either presume strong state institutions, which are often lacking in developing countries, or assume state control of natural riches, necessitating the involvement of external actors to restrain the state.

Domestic private ownership, on the other hand, is rarely advocated and frequently criticised.

Nurturing institutions that restrict state leaders, encourage them to invest in institution building, and enable them to adapt more successfully to commodity booms and busts might be a practical method to escape the resource curse.