Who is a Shareholder?

A shareholder (also called stockholder) is a corporation, an individual, or an organisation that owns at least one share of a company's equity (stock).

Shareholders earn profit from a company's success because they are effectively the owners of the company. Increased stock valuations, or financial gains paid as dividends, are examples of such incentives. When a company loses revenue, the share price decreases, which may result in shareholders losing money or having their portfolio prices decline. 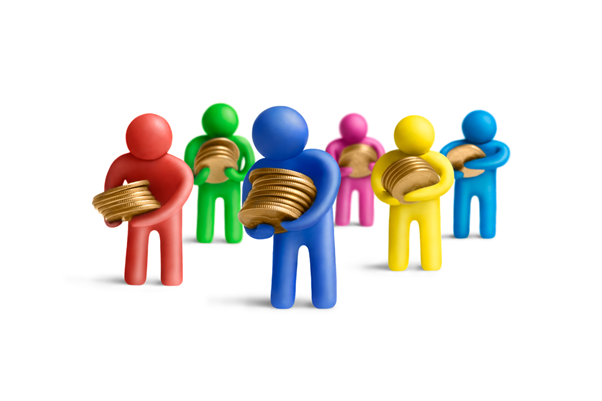 Corporate shareholders, unlike members of sole proprietorships or corporations, are not directly responsible for the company's debts and other contractual responsibilities. As a result, if a corporation goes bankrupt, its creditors are unable to pursue a shareholder's personal properties.

What are the rights of a shareholder?

What are the types of Shareholders?

There are primarily two types of shareholders.

Shareholders of common stock may also be eligible to participate in a variety of corporate activities, such as share buybacks (when the company buys back shares from investors) and the issuance of new shares.

They have the right to sue a corporation in case of any misconduct, which may harm the organisation.

Preferred shareholders: Preferred stockholders own a share of a company's preferred stock and get a set amount of money as a dividend. They have no voting rights.

When dividends are paid out, preferred shareholders are entitled to receive the first payment, with the remainder going to common shareholders.

The greatest danger of buying common stock is that if a corporation goes bankrupt, you'll be the last in line.

What is the difference between a stockholder and a stakeholder?

A stockholder is an individual who owns one or more shares in a corporation, while a stakeholder is any person, entity, or community who is impacted by a company's operations.

Employees, labour unions, customers, suppliers, creditors, government, and shareholders are all stakeholders. A government is stakeholder as it collects taxes and awards grants, etc.

The local community is a stakeholder because the business provides employment, and if it has factories, there will be waste, odour, and noise issues that impact the surrounding area.

What is the role of a shareholder?

There is always a role of every individual in a company and, shareholders play an important role in managing a company's operations and finances. Let's discuss about some of their responsibilities.

Can a shareholder be a director?

As mentioned above, the shareholder is a part owner of an entity and is eligible to avail benefits such as profit distribution and influence over the company's management.

A director is an individual appointed by the shareholders to carry out duties and responsibilities pertaining to the company's activities to improve its standing.

What is the difference between shareholders & subscribers?

Subscribers are the group of people who founded, run, and organised a business when it was a private limited company and yet to become public. The subscribers are the company's first shareholders, as their names appear in the memorandum of association. Their names are written in the public ledger whenever the company goes public, and they remain there even after they leave the company.

Nuvei (NVEI) & Docebo (DCBO): Are these 2 tech stocks worth buying?

5 Canadian smallcap stocks to buy for under $15

Widgie Nickel braces for AU$24M IPO; here’s all you need to know

Why should HENRY individuals invest?

Which FTSE travel stocks to buy ahead of major changes in rules?