Pari-Passu is a Latin word that means "equal footing", often used to denote equality in the right of payment. The term is often used in insolvency proceedings, wherein unsecured creditors exert an equal right over the available assets of the insolvent company. This is in proportion to the debts which are still due to each creditor. When a court passes a verdict in this regard, it ensures that all the creditors are paid same amount and at the same time by the trustee.

Pari-Passu is also a standard clause in public or private international unsecured debt obligations like loans and bonds.

The Pari-Passu clause came to the limelight due to a lawsuit in New York against Argentina i.. e NML Ltd. Vs Republic of Argentina.

How does the concept of Pari-Passu work?

In finance, Pari-Passu is used to describe securities, loans which have an equal claim on the right of payment. In addition, Pari-Passu can refer to any situation where two or more parties can stake similar or equal rights as the other. The parties in this agreement have equal rights over the property and debt obligation in question. A Pari-Passu clause characterises the agreement. This clause can either be bond covenants or a loan agreement. If such an agreement is entered and a company issues Pari-Passu shares, then this would mean that every shareholder has a similar right on the payment. When this agreement is signed, the issuing company also clarifies that no priority would be given to the shareholders who had purchased the shares in the past. 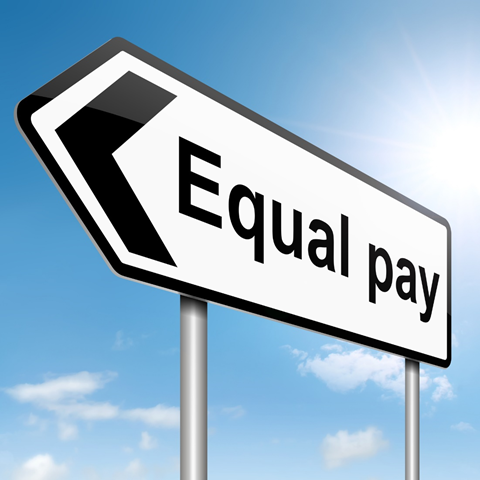 Shares are Pari-Passu if all the new equity shares issued by a publicly traded company have equal rights with existing shares or those earlier issued. If we say common stock shares are Pari-Passu, then that would mean that every stakeholder can have similar rights over the liquid assets, dividends and voting.

Pari-passu will stop its applicability when the banks are creditors. For example, if a company has gone bankrupt and there is a hierarchical order which suggests that certain creditors will be given priority and will be paid first in case of insolvency, then in this case Pari-Passu will not apply to the stakeholders and creditors because there is no equality over the right of payment.

Pari-Passu distribution can be assigned in Wills and Trusts if all the beneficiaries named in the Will are entitled to the same amount.

In an agreement, the issuer of security can incorporate clauses prohibiting a borrower from participating in certain activities, such as guaranteeing assets for another debt to ensure repayment.

How do you relate the famous Elliott case with Pari-Passu?

When talking about Pari-Passu, one cannot forget to discuss the famous Elliott case, initiated by Elliott Associates LP against the Republic of Peru. The claimants in the case demanded the enforcement of a payment obligation. Subsequently, the claimant had to approach several courts across the border to fight this case. Later, the Brussels Court of Appeals maintained that in the agreement, which was signed between the participating parties, the creditors enjoyed a 'Pari- Passu clause'. The court also ordered that the debt be paid down in equal proportion to all the creditors.

The court judgement had compelled Peru to reach an agreement with Elliott. In the end, an agreement between the two parties resulted in a payment of $58.45 million.

What is Pro-rata? What is the difference between Pro-Rata and Pari-Passu? 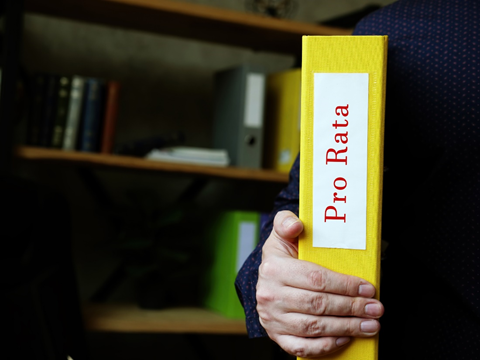 Pro-Rata, a Latin word, essentially means "in proportion". Pro-rata is also a process of assigning an amount according to each participant's proportional share of the whole. Here, the participant can refer to an individual or an entity. An example can be, suppose in an investment, if one investor pays for 80% of the property and another pays 20%. The obligations and profits would be distributed proportionally or proportionally to their share of the whole. One fundamental difference between Pro-Rata and Pari-Passu is that while the former refers to how funds are distributed between different investors, the latter refers to the relationship between investors in terms of class or rank.

How is the Pari-Passu clause relevant for a lender?

The Pari-Passu clause is relevant for a lender. For example, before a creditor grants a loan to a company, the former wants to know if the senior creditors prioritise others. However, the creditor can ask the company to repay the loan if the company has not made the creditors list public.

How is the Pari-Passu clause important for a borrower?

When it comes to the Pari-Passu clause, it holds significance for both the borrower and the creditor. From the borrower's point of view, it is important because the clause should not stop the future borrowing of the borrower. Therefore, before signing any agreement with the lender, the borrowing company should thoroughly understand all the clauses incorporated in the said agreement.

ASX 200 ends in green on IT boost; energy falls

Chiliz crypto up 20%: Why is CHZ token surging high?

What is Kevin Hart NFT? A look at celebrities’ plunge into NFTs

What are the challenges ahead for Australia’s energy transformation?

Climate change talks at G7 summit-where are we headed?