What do you mean by Long-term capital gains?

Long term capital gain is measured by calculating the difference between the purchase price and the sale price.

Can Capital Losses be adjusted against Long-term Capital Gains? Explain with the help of an example.

It is to be noted that both types of losses, whether short-term or long term, can be set off against any long-term capital gains made by an investor in the immediate future years.

For example, imagine Alfred is filing his taxes, and he makes a long-term capital gain from the sale of his shares of stock for a private limited company. Alfred first bought these shares in 2005 during the initial offering period for $163,000 and is now selling them in 2018 for $210,000. We see here that Alfred is experiencing a long-term capital gain of $47,000, which will be taxed as capital gains tax, while filing the returns.

Later, suppose he is also selling his plot of land purchased in 2017 for $65,000, provided that he doesn’t have any equity in it. When Alfred sells this property just four months after its purchase, he got just $68,000. Thus, in this deal, he made a short-term capital gain of $3,000. This gain will be taxed as income, and it will add $3,000 to the already existing wage calculation.

If Alfred had rather sold his plot for $63,000, bearing a short-term loss, he could have used that amount of $2,000 to adjust against the tax liability for the $47,000 long-term capital gains he had experienced.

What is the difference between Long-term and Short-term Capital Gains?

What do you mean by adjusted basis, and what is its impact on Capital Gains tax? 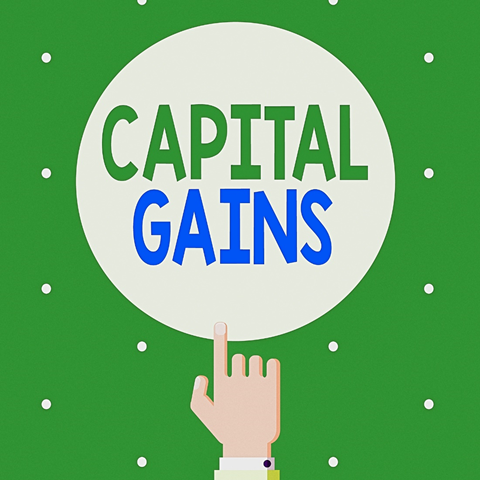 Long-term capital gains are taxed according to graduated thresholds for taxable income at 0%, 15%, or 20%. Taxation on long-term capital gains always been a hot topic in countries such as the US, primarily because LTCGs are given favourable tax treatment over the short-term capital gains, which are taxed at ordinary rates. Capital gains taxes are disproportionately paid by households belonging to high-income groups. This is because high-income households are usually the ones who possess assets that generate taxable income. While it not only supports the debate that those who are paying capital gains taxes are capable enough to pay more taxes, but it also hints at tax evasion or tax avoidance by these wealthy taxpayers.

Critics believe that the low-income taxpayers are at the receiving end in such a way because they may end up paying these taxes indirectly via changed prices as the actual payers pass through the cost of paying taxes. What has further complicated the use of capital gains tax to resolve income inequality is that capital gains are mostly not regular or consistent income.

Moreover, low tax rates give favourable treatment to long-term capital gains; but unlike wages or salaries, capital gains are not subject to taxation when the asset grows in value. Instead, they are taxed only when an investor sells an asset. Thus, this gives the taxpayers who own these assets to defer tax. Critics believe that this giant loophole in the tax code helps wealthy investors making long-term capital gains evade taxes. Furthermore, if an individual holds an asset for a lifetime, then an asset’s appreciation in value will never be covered under income tax.

What is the latest development in the US concerning the change in tax rates on Capital Gains?

Debate on tax rates is often biased in the United States, where the Republican Party favours lower rates, while the Democratic Party tends to support higher rates.

Tax policy occupied a central position in the US presidential campaign, 2016, as political parties proposed to bring changes in the capital gains tax rate. Recently, US President Joe Biden had put forward a proposal wherein he announced that the top federal tax rate on capital gain and qualified dividend would be raised to 39.6%. If this proposal is enacted, the country would have the highest top capital-gains tax rates among the Organisation for Economic Co-operation and Development (OECD) countries.

Which are the top 5 developed countries where tax rates on capital gains are highest?

If President Biden's proposal is enacted, then US will occupy a top position for taxation on capital gains: