What is Internet Computer Cryptocurrency?

Internet Computer is a cryptocurrency allowing users to create websites, applications, and other web-based services. It was invented by Dfinity Foundation backed by Andreessen Horowitz and Polychain Capital. Dominic Williams founded this cryptocurrency.

Internet Computer enables developers to create their websites, enterprise IT systems, and other web-based services by installing ICP's code directly on the public network. It has also addressed the problems like system security, restored the internet's permissionless and innovative roots, and has contributed to undoing the increasing monopolization of internet services.

Internet Computer crypto has provided an environment to its users that cannot be stopped and hacked. In addition, it is not dependent on Big Tech companies for cloud services, databases, servers, etc. Here the systems are created without such legacy components.

To understand it better, think of the Internet Computer more as a network that uses the blockchain network to power the applications and less as a cryptocurrency.

Some of the use cases of Internet Computer crypto are: 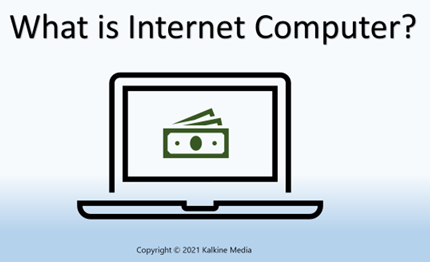 How was Internet Computer created?

The Internet Computer was created using an advanced decentralized protocol known as Internet Computer Protocol or ICP. Under ICP, all the independent data centers around the globe combine the power of all the individual computers into a seamless universe, and the native internet services are hosted. Moreover, they are operated with the same security guarantees as smart contracts. ICP has been designed to manage the Internet Computer openly.

Who are the users of Internet Computer?

Internet Computer offers an unmatched opportunity for developers, entrepreneurs, or an enterprise to build software. It has expanded the functionality of the public internet to a public compute platform. Also, it can eliminate the complexities of building enterprise systems and websites without the need for firewalls, databases, and cloud services.

The Internet Computer is decentralized and infinitely scalable, allowing the applications to exist on the internet forever. Moreover, it enables the users to build open internet services that run on the network rather than on servers like Google, Facebook, etc.

The introduction of the Internet Computer has enabled building websites and enterprise systems in an open universe and run them securely and efficiently while interacting with users and other software.

On the contrary, builders using legacy information technology must register their platforms on commercial cloud services, firewalls, etc. As a result, it needs special developer knowledge to maintain them, making it more expensive. These legacy IT vendors have been strategizing to create captive customers. For instance, these vendors have increased the dependence on restrictive licensing and custom features. In the near future, developers using Internet Computer will experience freedom in functioning.

With legacy technology, it is impossible to genuinely secure systems from data thefts, increasing hacks, and specific incidents where the entire system is hacked if the software is not updated on time.

On the contrary, Internet Computer provides an unchangeable environment where unstoppable software runs without firewalls to harden security. Software systems in Internet Computer are secured by default and operate on the same security guarantees as smart contracts.

The traditional systems are highly complex, making them more costly and slowing down the system development process. Internet Computer does not include databases that make the entire process complex and costly because it takes a lot to maintain them. It will also help in increasing the speed of blockchain technologies.

Though Internet Computer cryptocurrency has gain popularity, still it cannot be traded on any exchange. It is offered at Coinbase (which has recently conducted an IPO), Binance, and Gate.io.

This language is approachable to developers familiar with JavaScript, Swift, Rust, Typescript, or C#. It helps the developers to write codes quickly, efficiently and helps to connect with modules written in other programming languages.

From GOOGL to VZ: Top five communication stocks to explore in Q3

Why is Philcoin (PHL) crypto falling?

What is Chingari (GARI) crypto and why is it down 70% today?