What is Edge Computing?

A distributed computing framework, edge computing helps to bring the enterprise applications near to its data sources like IoT devices of any edge devices. Edge computing is an emerging technology, and with the introduction of this technology, it has made it possible to process large volumes of data which is being generated by the devices connected to the internet via IoT.

The main contribution of edge computing is that users are able to pre-process the data collected through these connected devices in an efficient manner before the data is sent to the central server or the cloud.

The architecture of edge computing is a merged structure that expands cloud services to the edge of the network by bringing edge devices in between the terminal devices & cloud computing.

The structure of the cloud-edge relationship is divided into the terminal layer, edge layer and cloud computing layer. Let us take a quick look at the layers. 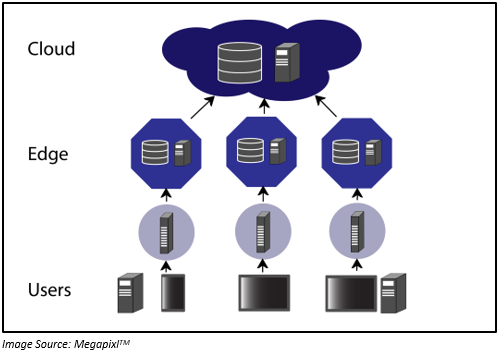 The terminal layer comprises of all types of devices linked to the edge network. It includes a mobile terminal and IoT devices like sensors, smartphones, camera, smart computers.

Edge layer or the boundary layer forms the core of the three-tier architecture. It is situated at the edge of the networks and includes widely distributed between terminal devices and clouds. It generally comprises base stations, access points, switches, gateways, clouds, and routers. It supports the access of terminal devices downward and saves and calculates the data uploaded by terminal devices. The layer connects with the cloud and uploads the data that is processed to the cloud. As the edge layer is near the user, the data transmission to the edge layer is more appropriate in case of real-time data analysis & intelligent processing. 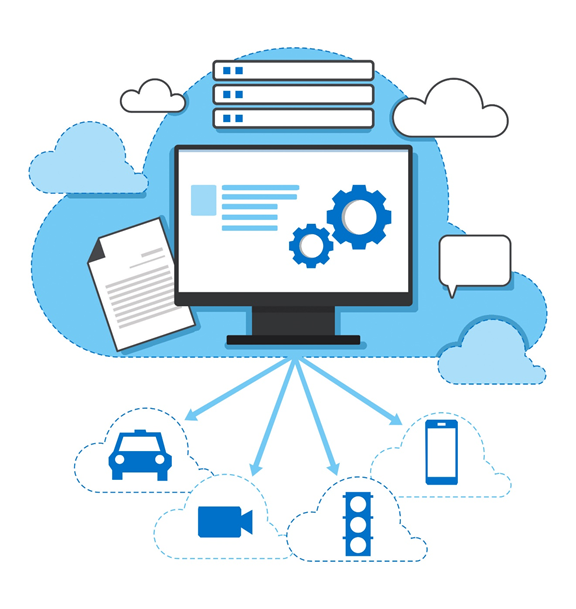 There are several real-life application of edge computing. Let us look at some of the example and how this technology is beneficial.

The role of edge computing in AV can be felt when the vehicle needs to stop at the pedestrian crossing. Here decision to stop the vehicle should be instant as one cannot wait and rely on a remote server to handle this decision. Also, the vehicles using this technology interact with each other instead of sending the data to the remote server in case of any disaster, natural calamity, or road accident, among others.