ALSO READ: Are The Prospects Of A No-Deal Brexit Increasing?

What is the Timeline of Brexit?

A referendum was held in June 2016 in which 52% of the UK residents voted in favour of the exit and 48% voted for the UK to remain a member of the EU. The vote jolted financial markets with tumbling impact on the currency on the Brexit uncertainty.

In March 2017, the UK government led by Theresa Mary, who then served as Prime Minister, formally informed the EU about the country's withdrawal intentions, starting the Brexit process. The withdrawal was supposed to take place on June 29, 2019 but it was delayed due to a deadlock in the UK Parliament after the June 2017 general election.

If any country proposes to withdraw from the European Union, it has to follow a due process governed by Article 50 of the Treaty on European Union. It has a two-year negotiation period in which the EU negotiates an agreement with the State for its future relationship with the Union. If the agreement is not set in two years the membership ends without the agreement, unless the EU state provides an extension to the negotiation.

The deadlock in the UK parliament was settled down after the general elections in December 2018. After reaching an agreement, finally on 31 January 2020, the United Kingdom left the European Union at 11 p.m. GMT.

Currently, the agreement is in the transition phase and till 31 December 2020, the UK and the EU have time to negotiate the terms for its future relationship.

Even though the country is not a part of the EU's political establishments anymore, the UK is still under the purview of EU laws as on mid-2020. The country also has to follow the EU customs union and single market till this agreement is in process. The end of this transition period will affect citizens, businesses as well as travel to and from EU states. 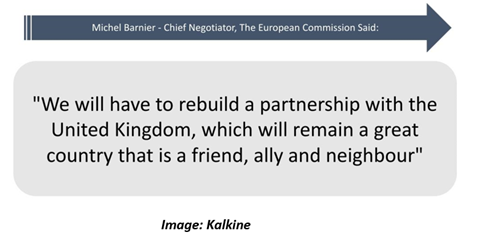 What is the EU?

The European Union is a political and economic union of 27 countries which are primarily located in the Europe region. The basic objective of the EU formation is to allow conflict-free trade between these independent countries. Because of the abolition of border control, the citizens of the EU nations are also able to easily move to live, work, travel and study. They receive the same access to the benefits provided in their country, such as healthcare, employment        ,social security, tax and consumer rights.

Initially in the aftermath of the Second World War, the EU was created to foster stable economic relations between Belgium, Germany, France, Italy, Luxembourg and the Netherlands. The UK joined the EU in 1973, back then it was named as European Economic Community (EEC).

The union started with an idea to empower countries with access to trade and encourage a healthy economic environment. EU, later on grew to govern a bigger purpose, encompassing:

The EU governing institutions are transparent and democratic in their process with the elected European Parliament having more weightage. National parliaments work alongside European bodies and play a bigger role as well.

Why did Britain leave the European Union? 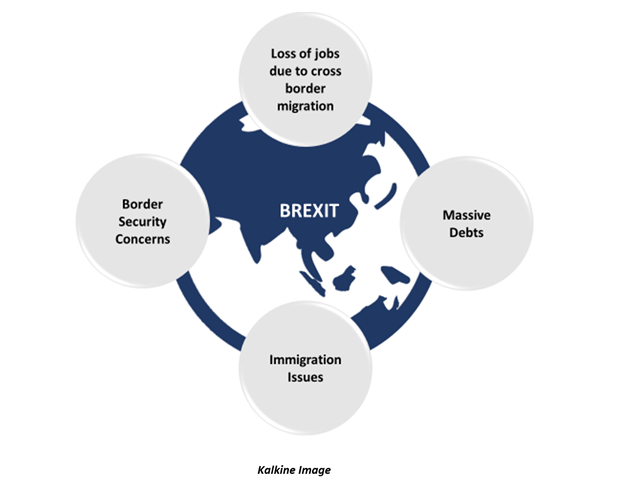 There are many reasons the United Kingdom wanted to leave the European Union. But the pressing issues were the loss of jobs due to cross border migration, the country's economy and border control.

One of the significant issues was that some members accumulated massive debts. For instance, Greece had about 300 Billion Euros. The EU started the process to bailout the countries in financial troubles. Consequently, other countries started asking for help, creating a big problem for other members. Many EU members had problems with Greece and Italy that were two big countries failing to decrease the debt, thereby burdening others.

Apart from the financial issues, the UK faced immigration problems as well. The border security concerns were raised after the repeated terror attacks in London. The citizens started to demand heightened border security and controlled immigration. With immigration concerns comes the fear of job loss and reduced pay. Massive wave of immigrants led the country to a conclusion of having more stringent rules in immigration instead of following the EU Rules.

What does the future look like between the UK and the EU?

The withdrawal agreement does not have provisions regarding the future relationship between the United Kingdom and the European Union. It largely talks about the UK’s further policies after the transition period is over on December 31, 2020. The European Commission is in charge of the negotiations with the UK as per the directives declared in the framework decided with the UK.

A number of policies will change from January 1, 2021 for the UK and EU. The aim is to develop a fair and prosperous future partnership between the EU and the United Kingdom. The political and geographical closeness between the two nations will be considered at the highest priority. Both the parties also plan to share economic interdependence in the future with direct interest to citizens and businesses.

DEC, IMB, AAL: Stocks to watch out for with growing fears of recession

BATS, IMB, AZN, GSK: Should you eye these stocks in these uncertain times?

Is the UK economy heading towards recession? 4 points to note

DGE, GSK, BAT: Should you choose manufacturing stocks for investment?

Tesco, Premier Foods: Should you invest in these food stocks now?

Is UK staring at a food crisis in the coming months?

Unilever, IMI: Should you hold these stocks as UK factory output growth slows?