What is a balanced budget?

What does it mean to have a balanced budget?

A balanced budget is one in which expenses do not exceed revenues. This term can be applied to any budget, including a non-profit organisation, a company, or even a family.

The word, on the other hand, is most often linked with a government budget. Governments may, for example, issue a press release announcing that they have a balanced budget for the coming financial year, or legislators may campaign on a pledge to balance the budget if elected.

When discussing a balanced budget, the word "budget surplus" is sometimes used. When revenues surpass expenditures, a budget surplus occurs, and the surplus sum represents the difference. 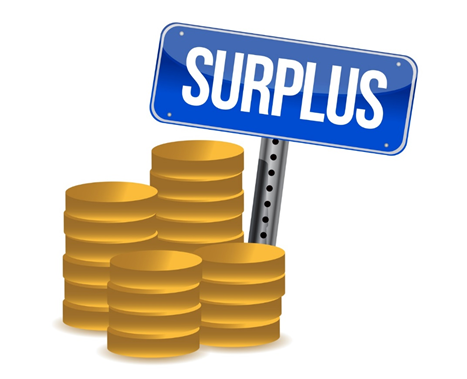 In business, surpluses can be reinvested in the company, for example, by paying bonuses to employees or investing in research and development, or they can distribute to shareholders as dividends. If tax revenues surpass government expenses in a calendar year, the government has a budget surplus.

A planned balanced budget helps governments prevent overspending by allowing them to allocate resources on the services and areas that are most in need. Additionally, achieving a budget surplus will provide funds for unexpected expenses, such as if the government wants to increase spending during a recession without borrowing.

Balancing the budget also helps governments save money on interest rates on large loans from lenders (such as the International Monetary Fund (IMF), other nations, or the World Bank) and maintain policy control during periods of crisis. 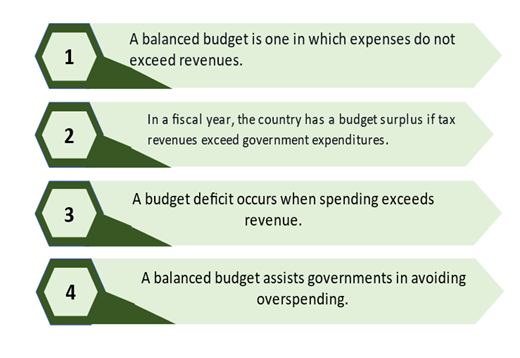 What elements make up a balanced budget?

Expenses include the sums spent on everyday activities and factors of production, such as salaries and rent, for non-governmental organisations and businesses. Security, healthcare, subsidies, infrastructure, pensions, and other variables contributing to the overall economy's wellbeing are all examples of government expenses.

What are the steps to creating a balanced budget?

Financial reports are used by businesses to monitor and assess year-over-year growth and development, and they are an excellent predictor of a company's economic history and future. The financial statements, such as; cash flow statement, income statement and  balance sheet aid in determining the company's past results and financial viability.

Compare the actuals to the budget from the previous year

How did the company fare in comparison to the balanced budget from the previous year? Was there a surplus or a shortfall in the budget? Determine which areas performed well and which did not, as such; healthcare funds may have been on track, infrastructure costs may have surpassed expectations.

Focus on cutting costs and raising revenue while setting a priority level among the different budget categories to set achievable targets to avoid a repeat of last year's budget deficit. 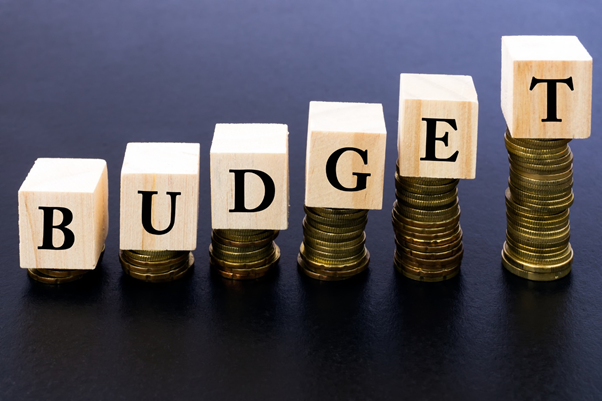 Identify all expense categories for which the company is liable—current and long-term based on financial statements and contractual agreements.

Revenue estimates should be adjusted and forecasted based on existing contacts or strategies, outstanding collections, and potential revenue opportunities. With enough historical data, an average of previous years' results might be a reasonable predictor of future performance.

To ensure that spending matches or falls below expected revenues, subtract total projected expenses from total estimated revenues, indicating a budget surplus vs. a budget deficit.

In the event of a budget deficit, a thorough review is needed to find ways to cut costs and raise revenues to put the budget back into balance.

Develop a budget and track progress

Once the budget has been set, it's critical to track actual progress toward the plan. If one category's spending exceeds the budgeted sum, find another place and cut costs to keep spending as close to or below the total budget as possible to reach a balanced budget. 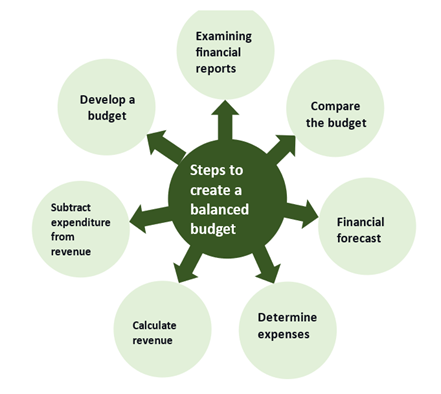 What are the benefits of a budget that is balanced?

The most significant benefit of keeping a balanced budget is that it prevents people from going into debt to cover their bills, and not having one means spending more than they earn.

So, if one's budget isn't in order, they can resort to credit cards or miss bill payments, incurring costly late fees and harming their credit score.

What are the drawbacks of having a balanced budget?

A balanced budget keeps people out of debt. Still, debt can also be beneficial because it helps people access expensive and value-adding property years before they would otherwise.

For example, saving up for a $20,000 car could take years, all the while wasting time and money taking buses, taxi, auto etc. One can reclaim all of the time and resources by taking out a loan.

However, this would not be feasible if the budget was strictly balanced.

From Emyria to Starpharma: Latest updates on 5 ASX healthcare stocks