On 24 May 2019, Millennium Minerals Limited (ASX: MOY) released its AGM presentation where the key highlights were company’s two significant expansion projects currently underway, the rising gold production along with high leverage to A$ gold price.

Also, the company is concentrating on its wholly owned Nullagine Gold Project which is situated in the East Pilbara region of Western Australia. 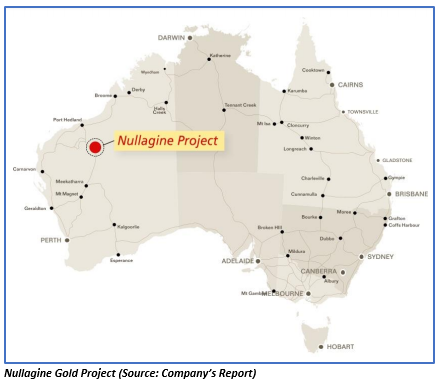 In its AGM presentation, the company reported a strong gold production in the East Pilbara region. The strategy for growth includes as follows:

The new mining strategy includes the mining of larger scale, longer life open pit deposits with the aim to increase head grade through additional underground development. The development of the Golden Gate mining centre is targeted to start in the later parts of 2019.

Bartons is the first underground mine at Nullagine with resources of 750,000t @ 4.1g/t Au for 99,400oz. At the site, all the deeper holes came across the main ore zone, and they continue to define extensions. The 1st phase of the underground drilling has completed targeting deeper extension. The planning of the 2nd phase depth and strike extension is under process. 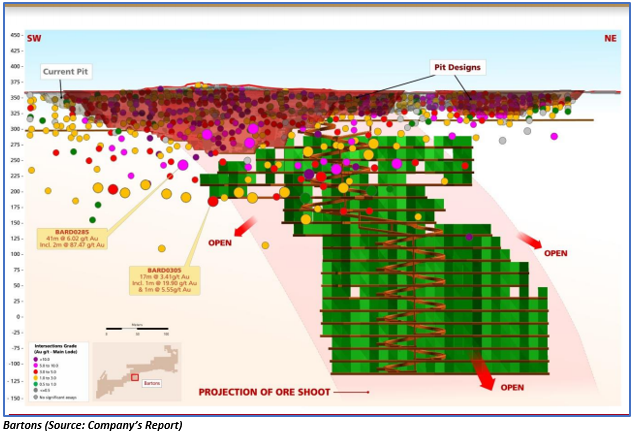 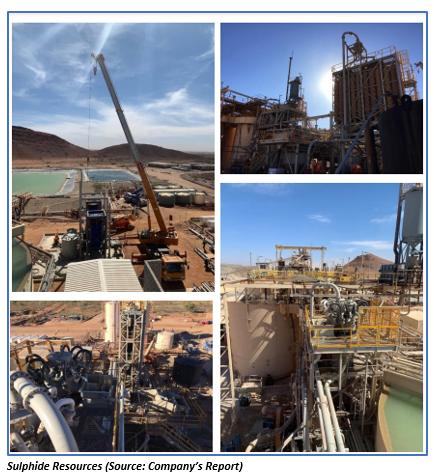 Golden Gate is one of the highest-grade open pit ore sources that was mined at Nullagine. At the site, the major drilling program completed in order to extend the high-grade open pit as well as underground mining potential. The new high-grade drill result was outstanding, and it confirmed the potential for next underground mine which includes Condor Northwest, D Reef and initial underground Ore Reserve of 220,600t @ 3.8g/t Au for 27,100oz.

Further, the company provided an update on funding and CY2019 guidance which are as follows:

The company has reached an in-principle agreement with IMC Group, the major shareholder of MOY to provide a term loan facility of A$20 million for a period of eighteen months to provide interim working capital. This term loan facility of $20 million along with existing Investec Facility and cash-flow from operations will be used to complete the ramp-up at Bartons as well as bring the Stage 1 sulphide plant fully on stream.

CLICK HERE FOR YOUR FREE REPORT!
Tags:
Mining ASX: MOY
All pictures are copyright to their respective owner(s).Kalkinemedia.com does not claim ownership of any of the pictures displayed on this website unless stated otherwise. Some of the images used on this website are taken from the web and are believed to be in public domain. We have used reasonable efforts to accredit the source (public domain/CC0 status) to where it was found and indicated it below the image.