It sure has been an exciting few months for Heavy Mineral Sands (HMS) explorer MRG Metals Limited (ASX:MRQ). The Company, exploring for HMS in the world-class location of Mozambique has been advancing its Corridor Projects, making significant discovery of high grade Total Heavy Mineral (THM) over a large area from surface. The Company has a portfolio of 13 high calibre targets identified on its Corridor Central and Corridor South projects. 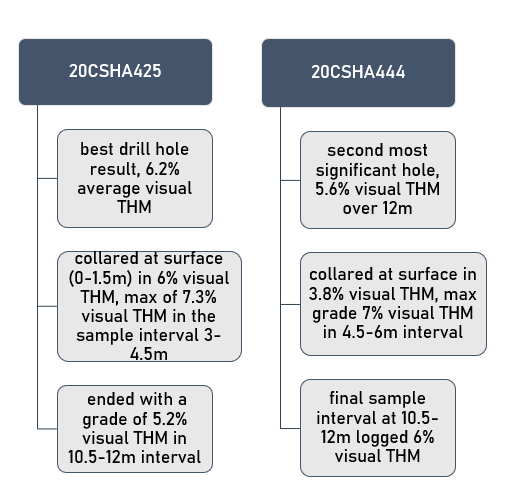 Chairman, Mr Andrew Van Der Zwan stated that these results are “a further demonstration of the excellent prospectivity of MRG’s Corridor tenements for HMS discovery and also of the effectiveness of MRG’s exploration techniques”.

The Viaria radiometric anomaly is one of 13 airborne geophysical anomalies followed up by cheap auger drilling to 12 metres. Similar to the Poiombo target, Viaria too is of particular significance as several high grade holes end in high grade at end of hole, making follow up Aircore drilling to depth an exciting possibility.

MRG Metals believes that there is a possibility that Viaria, Zulene and Siaia targets may be part of a larger mineralised zone, inclusive of significant areas at >5% visual THM. To affirm the same, additional follow-up auger drilling is required at the three targets. It should be noted that the area comprising these three targets is approximately 10km X 8km.

In the Auger drilling, hole depths ranged from 10.5m–12m deep (average depth of 10.7m). 185 samples have been collected in the 25 holes, including QAQC samples.

With reconnaissance Auger drilling continuing on other anomalies in the Company’s Corridor HMS district, it is exciting to observe the Corridor targets transforming into a potential HMS province. As Mr Andrew says-

(Note: All currency in AUD unless stated otherwise)