The Property Scenario In Australia; A Look At 3 Related Stocks

Typically, when one invests in property, it is expected to be a long-term investment that would appreciate over time. In an ideal scenario, while deciding property investment, buyers initially watch out for the location and condition of the probable property and move on to other considerations such as investment amount, monetary gains and the current real-estate market conditions.

In Australia, the permanent residents can buy any property they wish, whereas the foreign nationals are required to take permission from the Australian government prior to making any investment in property.

As per a market report, Australia is the world’s fourth-largest pension market which makes the investment in property in an accessible position for investors. Brisbane, Melbourne, Sydney, Perth and Adelaide are amongst the most popular cities to invest in the property market.

The majority of the population in Australia resides in the coastal areas and ports which have a short supply of properties given the infrastructural constraints. As a result, rates soar even in times of slump in the property market. This causes the adjoined areas to attract investors and fetch good returns.

According to the market research of a housing association, The Housing Industry Association (HIA), Australia witnessed an 11.8% decline in new home sales in April 2019, the largest monthly decline since September 2005. This slump was attributable to myriad of factors including uncertainty driven by the Federal Elections; ambiguity due to the proposed changes in tax arrangements, slower home building , the falling housing prices, reduced number of trading days in the holiday period (Easter and Anzac day) and a dearth of foreign and investor activities in the market.

The below figure depicts the country’s property indices map, as of the day of writing- 20th June 2019: 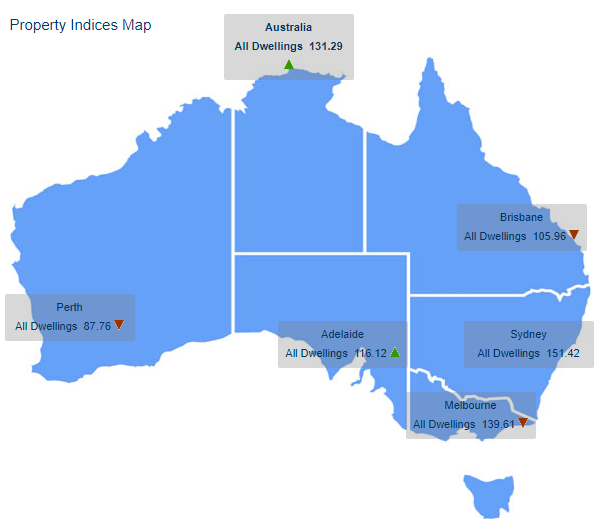 According to the Reserve Bank of Australia, the New South Wales region has been, by far, the most impacted region with housing decline where even the unemployment rate has shown a continuous downward trend. However, the RBA believes that the property decline has not been triggered by interest rates and unemployment, but majorly by the non-flexible nature of the supply side of the housing market in response to noticeable large transitions in population growth. 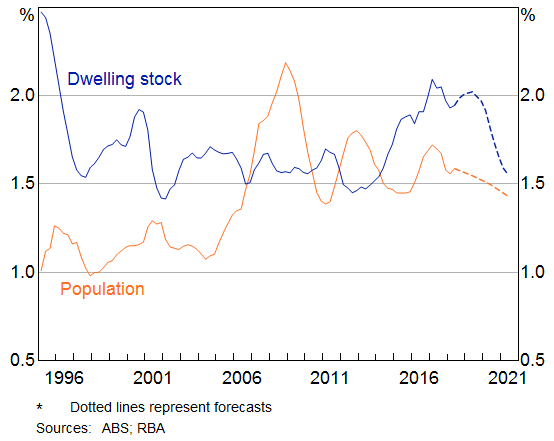 As per RBA, Another major factor that has driven the decline in price is the demand by foreign residents. A few years back, there was an outpour in the foreign investment in residential property, predominantly from China. Off late, this has faded as it has been difficult to move money out of China, given that the authorities take care of the capital flows. 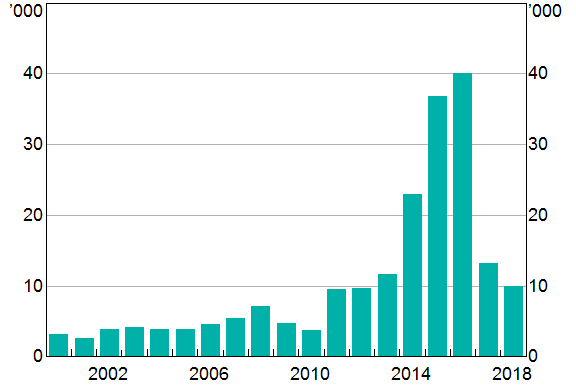 Will the property recovery occur?

According to a market study, the overall nation-wide house prices were down by 7.9 per cent at the end of May 2019, which is the second largest decline since the 8.1 per cent downpour of 1983.

Certain investment specialists believe that the introduction of subsidies (First Home Loan Deposit Scheme allowing first home buyers to buy a house with a low 5% deposit, effective 2020) on the buy side may not necessarily address the housing affordability. The demand would pace, but the supply is most likely to remain subdued.

However, there are economists who believe that given the rate cut and APRA changes of relaxing the mortgage lending, the housing market is moving towards stabilization and the fall should ideally slow-down in the second part of 2019. The increased number of renter households, mostly migrants may also have an impact on the price growth. Credit availability and lower mortgage serviceability also bear the potential to better the situation.

In the context of this property scenario, below is the one month return of the 5 property related stocks in the order of highest market capitalization : GMG, SCG, DXS, MGR and GPT.

The above graph depicts that each of these 5 companies had a downward trend till the 1st week of June but are gradually moving towards generating better returns for their shareholders.

Let us now take a look at 3 property stocks and their recent performances.

Company Profile: An integrated property group, Goodman Group is the largest one listed on the ASX. It is operational across Asia, the UK, Australia, Europe, New Zealand, Brazil and North America. Worldwide, the group is counted amongst the largest listed specialist fund managers of the industrial property and business space.

Investor Day Presentation: On 20th June 2019, the company conducted its Investors day and discussed the regional updates of its activities across the globe in the presentation related to it.

With AUM of A$15.2 billion in Asia, the company recently bagged a 15-year pre-commitment for Building 1 at Goodman Tsuen Wan West from a data centre operator, construction to commence soon in HK. In China, Phase 2 of Goodman Beijing Southgate Industrial Park would begin soon. In Japan, the company would commence Stage 4 of Goodman BFusiness Park.

Company Profile: The owner and operator of Westfield in ANZ, the Scentre Group is a real estate player with AUM worth of approximately $54.2 billion. The group has almost 11,500 outlets.

Recent Updates: On 20th May 2019, the company announced that there would be a new JV partner in the Westfield Burwood in Sydney, known as Perron Group, who would pay $575 million for its interest, with a 4.1% premium representation to the company’s book value (at 31st December 2018). 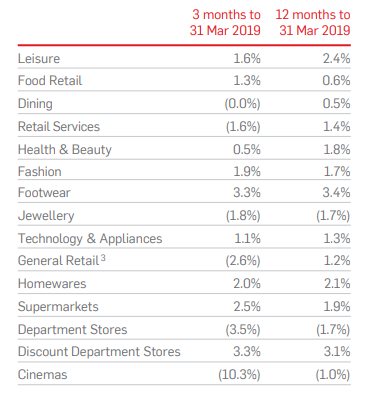 Company Profile: Counted amongst the f Australia’s leading real estate groups, Dexus was previously known as DEXUS Property Group. It has an Aussie property portfolio worth of approximately $28.9 billion.

2019 Macquarie Australia Conference:The company released the presentation on 2019 Macquarie Australia Conference on 30th April 2019 and notified that with Funds under management of almost $15.0 billion (as at 31 December 2018), the company had been Outperforming and growing its Funds Management business. It has a future trading pipeline, ranging between $210 million to 270 million of pre-tax profits from five trading projects.

In terms of development, the company had approximately $1 billion potential concept opportunities. As per December 2018 figures, the company’s balance sheet had a gearing of almost 24.6%. 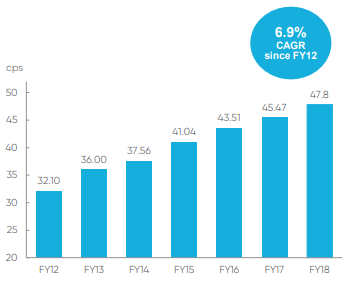 The company furnished its guidance stating that it was expecting a Distribution per security growth of circa 5%, for the 12 months ending 30th June 2019.