The cap in small - cap stocks denotes the market capitalisation of an entity as determined by the total market value of publicly traded shares.

The company’s market capitalisation provides its approximate valuation. The main advantage of investing in small-cap stocks is the positive potential of the company.

Small-cap stocks are more prone to volatility because of their sizes. It is very common for the small cap to fluctuate nearly 2-5 per cent on a single trading day. The investor who is ready to take more risks generally invest in small-cap stocks, as the rate of fluctuation in share prices is more as compared to the other type of stocks.

Let us discuss five small-cap stocks and their recent updates

Greenvale Energy Limited is an energy company that concentrates on the exploitation and discovery of oil shale deposits. GRV is officially listed on Australian Securities Exchange and has one oil shale deposit being a 99.9 per cent stake in Alpha located in Queensland, Australia.

On 22 November 2019, GRV declared the results of the Annual General Meeting. Below are the resolutions which were passed during the AGM:

On 13 December 2019, the stock of GRV settled at $0.019, down by 5 per cent from its previous close. The company has ~93.36 million shares outstanding and has a market cap of $1.87 million. The stock has generated negative returns of 31.03 per cent in the last six months, while its YTD return stands negative at 9.09 per cent

On 11 December 2019, the company is notified on the acquisition of 100 per cent stake in Advanced Offshore Streaming Pty ltd (AOS) with effect from 6 December 2019.

The shareholders gave their approval in the company’s Annual General Meeting to issue Convertible Notes of $4 million to fund the first tranche of the acquisition, as well as provide additional working capital for ongoing development.

Also, $3.5 million as initial payment has been made to AOS shareholders. The AOS technology is already being run for numerous blue-chip consumers in the offshore environments throughout New Zealand, European and Australian regions.

Great Northern Minerals Limited is an ASX listed metal and mining company. The company has a vision for carrying out exploration work and development of lithium, cobalt and such projects to offer its investors with excellent prospects to make an investment in the crucial metals.

On 12 December the company updated the market with the receipt of assay results from the first two Reverse Circulation drill holes at the Company’s Golden Cup Gold Project in Northern Queensland.

A few highlights from the announcement are as follows: 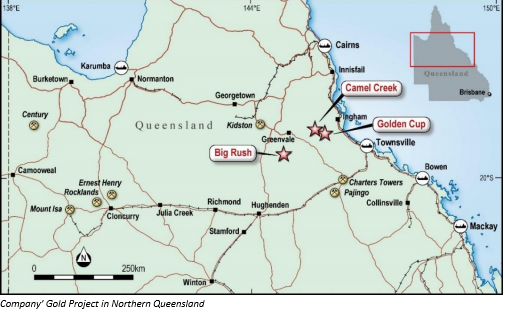 GNM also notified that RC drilling has now been concluded at the Big Rush Project. A total of 8 holes for 1,042 m were drilled and 794 samples have been submitted for gold and multi-element evaluation.

Wellard Limited is a major supplier of livestock and quality meat to all the customers across the globe. The International Agribusiness of the company connects primary producers of cattle, sheep and other livestock consumers worldwide.

On 12 December 2019, the company announced that it has signed a Term Sheet to sell the MV Ocean Shearer for US$53.0 million, which would conclude the Company’s recapitalisation program on the successful closure of the transaction.

The company expects to apply around US$42.3 million of the sale proceeds to lessen the Company’s financial debt to US$16.7 million and US$10.7 million would be retained as cash in hand. Wellard would be able to concentrate solely on increasing earnings and profits from the WLD’s MV Ocean Drover and others.

The company’s stakeholders are not needed to approve this transaction.

Anson Resources Limited is a metals and mining company. The company owns and develops precious metal and mining assets. Anson Resources operates lithium, graphite and gold projects in the United States and Australia.

On 12 December 2019, the company announced that it has completed the small-scale demonstration of how to produce battery grade lithium Carbonate (Li2CO3), which was produced directly from concentrated Lithium Chloride brine via a Lithium Hydroxide Electrolysis process.

The company achieved 99.9 per cent LCE with a recovery of 85.7 per cent. The bulk sample of Lithium Carbonate is to be offered to potential off-take parties and end-users.