5 Reasons Why The Investors Like Penny Stocks - AS1, LON, WNR, OGA & WLD

Penny stocks are small companies in terms of their market capitalisation. These are generally new companies and growth companies. We would now discuss the five reasons why penny stocks are in much demand.

Abnormal Returns: These companies are capable of generating abnormal returns if the company has solid fundamentals and growth prospects. Any material announcement could provide abnormal single day gains.

Multibaggers: Penny stocks have the ability to generate two-fold returns over time, as the companies have a low market capitalisation, it is normal for a penny stock to double its market values in lesser time compared to blue chips.

Cheap & Affordable: Penny stocks might have very low prices compared to the large cap and mid cap stocks, so it becomes financially viable for the people to invest in such stocks.

Exposure: Penny stocks also provide exposure to the new business in the market, which could have greater potential over the coming years. Sometimes investors prefer to invest in new companies to grow their money along with the company.

Diversification: These companies could also provide a method for diversification in the portfolio, which is backed by the attributes of high return potential and growth prospects in the penny stocks.

Oyster Producer, Angel Seafood is engaged in the production, manufacturing, and marketing of the certified organic oysters. AS1 is an Australian company, and organically certified by NASAA or National Association for Sustainable Agriculture, Australia.

In its full-year results closed 30 June this year, released during late last month, the company has posted decent results with a profit compared to a loss in the previous corresponding period. Besides, in FY2019, the company acquired high-quality water and upscaled its growing capacity to 20 million oysters per annum with the ability to condition over 9 million oysters per annum.

Reportedly, the company opened its Port Lincoln Export Facility with an extension to include head office, while exports to Hong Kong started in Q4. Its NAB Debt facility was increased to $4 million, allowing the company to pursue growth prospects.

Reportedly, the group had achieved a revenue of $25.75 million for the period compared to revenue of $8.73 million in FY2018. The growth in revenue was backed by full-year sales from Paris Creek Farms, and revenue from acquired businesses of Maggie Beer Products and Saint David Dairy.

Meanwhile, the loss for the year stood at $24.16 million compared to a loss of $6.67 million in FY2018 primarily attributing to $15.19 non-cash goodwill impairment expense, corporate costs on the acquisition, group structure, restructuring of Paris Creek Farms.

The group anticipates that FY20 would demonstrate the opportunities for long term growth of three high-quality premium food and dairy business in its belt. Reportedly, the management is confident that Paris Creek Farm would return to profitability. St David Dairy would be extended through beach head into Sydney along with expansion in South Australia. 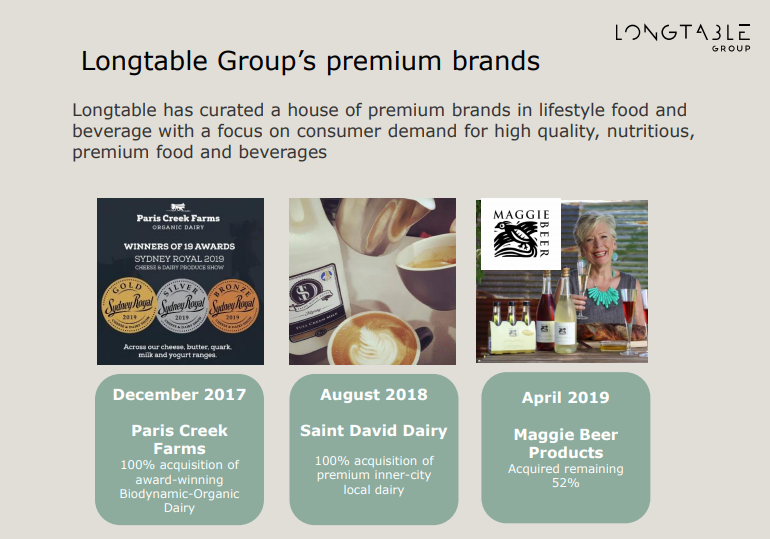 Meanwhile, at Maggie Beer Products, the focus of the group remains on growing relationship with retailers, with the launch of new products, and synergies with Paris Creek Farms.

Wingara is engaged in processing and marketing of the Australian agricultural produce. It also provides services such as temperature-controlled facilities, blast freezing, storage and distribution.

Recently on 26 August this year, the company had settled the sale of Austco Property located in Laverton North to KordaMentha Funds Management. Besides, the company has leased the property, and the operations are being carried on like before. It intends to utilise the proceeds to repay debt and finance growth opportunities of WNR.

In July, the company had notified regarding this transaction, which stated the consideration at $21 million. Reportedly, the transaction allowed the company to unlock capital gain of $5.06 million and decreasing its gearing ratio to approximately 30%.

Ocean Grown Abalone is engaged in the fishing industry, and it uses sea ranching technique ?abitat? to grow abalone?under the sea through the use of artificial reefs called abitats.

In its recently released full-year results, the company had posted a profit from a loss in the previous corresponding period. During FY2019, the company has been constructing an abalone facility to improve its capabilities. The construction at Flinders Bay 2 was completed, which would increase the production in the coming years.

Reportedly, the board of the company intends to optimise existing operations, improve brand recognition in the Asian market, and increase revenue. The company views itself in a better position with increased abalone biomass, recently completed processing facility, and ongoing development of the Esperance abalone hatchery and grow-out facility.

Besides, the development of Esperance would provide synergies to existing ranching activities at the Flinders Bay ocean.

Supply Chain Provider, Wellard Limited is engaged in delivering livestock production to the global markets through its supply chain capabilities. It enables the delivery of livestock from one market to another, and the supply markets include Australia, New Zealand, Brazil & Uruguay. 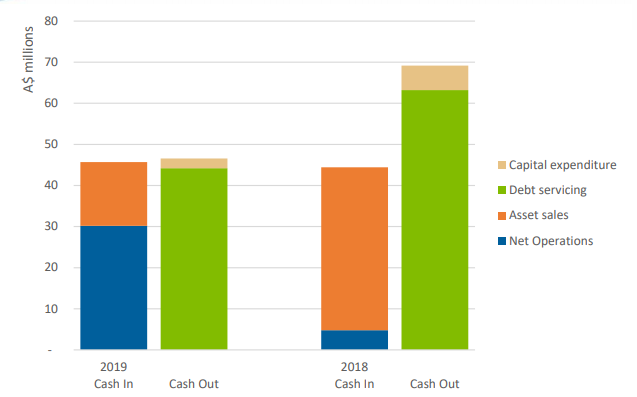 Meanwhile, the company has not been generating sufficient cash flows to meet its debt maturing requirement. The company entered into debt waiver and restructuring discussions with its financiers.

Besides, the company has been forced to sell its core assets (vessels) to meet its short-term debt repayment liabilities. It suffered forex exchanges losses of approximately $3.5 million in FY2019.