Deep Dive Into Penny Stocks; A Look At Six Stocks

Penny stocks are generally priced at below one dollar. However, there can be cases when these stocks can be priced higher than one dollar, depending upon the dilution of issued share capital in the market. Companies with a larger number of shares relative to the market capitalisation are likely to have lower prices as well.

For instance, consider the market price of the company stock is $1 at a market capitalisation of $100 million, with $100 million shares outstanding, and the company intends to dilute the shareholding and then applies for a 2:1 stock split. This means that the total number of outstanding shares would be $200 million after the corporate action. Consequently, the market price of the stock would be quoted at $0.5/share post the completion of the stock split.

It should be noted that investments in penny stocks are generally volatile, and abnormal movements in price are likely to happen on material announcements and developments or systematic shocks. Hence, an investor must consider their risk appetite prior to decision making.

Ziocom was last quoted at A$0.11, equating to a market capitalisation of ~A$23.89 million with 217.14 million shares outstanding. Ziocom Group Limited (ASX: ZGL) is classified in the industrial sector, primarily trading in Singapore Dollar (SGD) and is engaged in industrial & mobile hydraulics, precision engineering & technologies, construction equipment and construction equipment.

The company is emerging to depict signs of recovery, after divesting its investments in the medical technology space through a demerger in November 2018. According to HY financial report for the period ended 31 December 2018, the demerged entity is trading under the name of ZIG Ventures Limited.

Meanwhile, the loss incurred by discontinued operations amounted to S$1.31 million, and now Ziocom would not face such losses following the demerger. In 1HY2019, the revenue was up 34%, net profit was up 194% recovering from loss, over the 1HY2018.

Recently, in its profit guidance notification to the market, the company recorded consolidated revenue of S$102.7 million, up 26% over FY2018. Ziocom expects to report consolidated net profits after tax in the range of S$1.0 million to S$2.0 million, an approximate improvement of 109% over the consolidated loss of S$10.87 million in the previous corresponding year.

The stock has delivered a return of +57.14% over the year-to-date period.

Hong Kong listed, Health & Happiness Group Ltd had acquired 17.64% stake in the company through its innovation subsidiary. Reportedly, the company would enter the UK market following the completion of agreements. 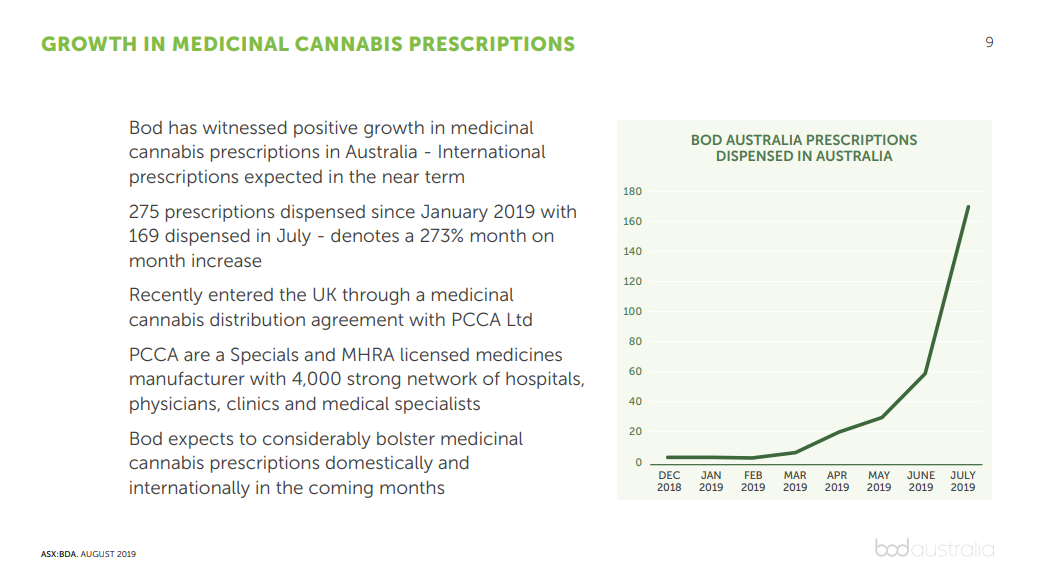 Meanwhile, the clinical trial has depicted potential positive pipeline growth; domestic business is recording substantial growth; and the Board of the company has seen some strengthening after the inclusions from the Health & Happiness Group. 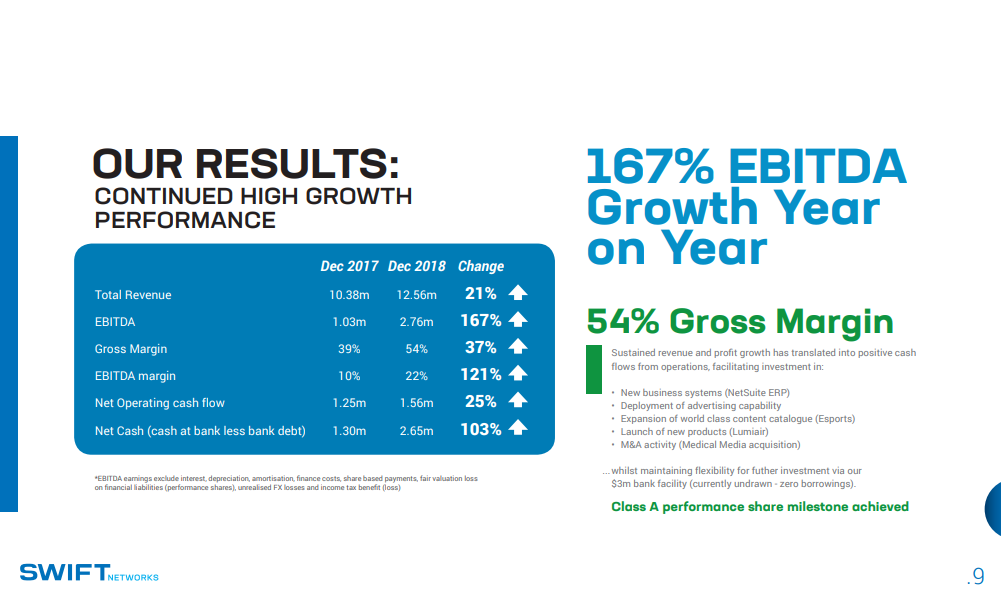 At the year end, the cash balance was $1.4 million along with unused working capital facility of $1 million. Besides, the company had invested $3.2 million in new systems and capex, and $2.3 million in integration and acquisition costs.

Aimed at simplifying the connection between the job seeker and the employer, ApplyDirect Limited (ASX: AD1) is the owner of the Next Generation Job Search tool. Recently, the company reported that an agreement was signed to provide strategic services for the establishment and ongoing operations of 3P Energy Pty Ltd. As per the release, Utility Software Services – subsidiary of ApplyDirect would provide required services related to solutions in the retail energy market.

In July 2019, the company released June quarter 2019 highlights. Accordingly, it was noted that cash receipts were up 176% over the previous quarter. 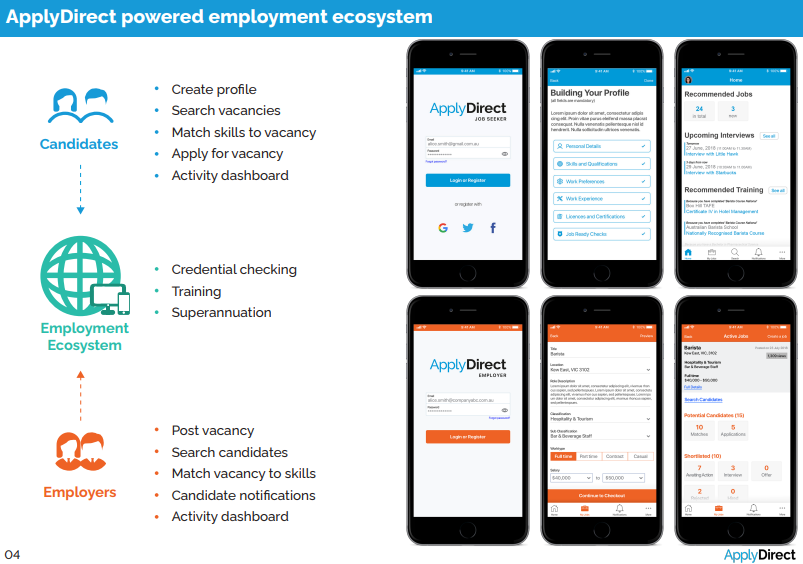 Meanwhile, a multi-year agreement was signed with the Pharmacy Guild of Australia, and the Victorian Government extended the contract by another twelve months. 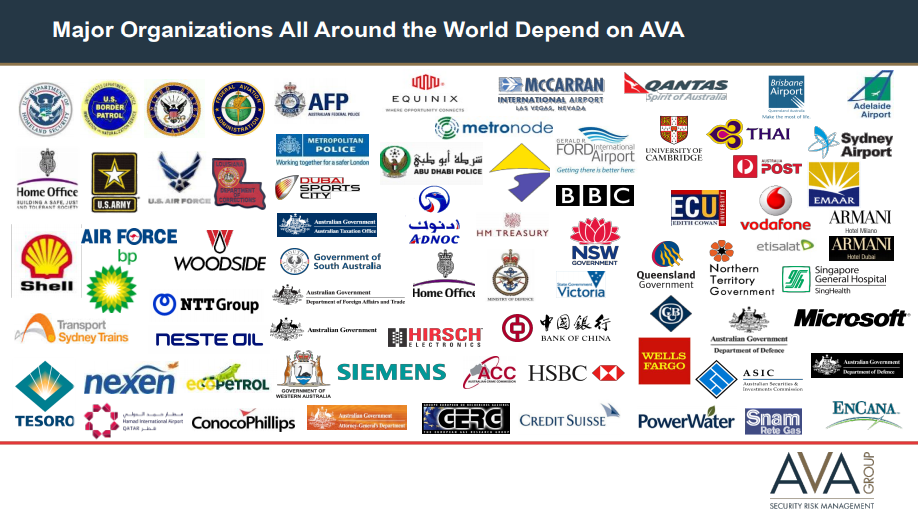 A player of the e-sports business with its focus on Australia and South East Asia, Esports Mogul Limited (ASX: ESH) recently secured a partnership with SARENA, one of the leading esports venue operators in the Middle East, with exclusive rights to run high profile tournaments, including ESaudi Professional League, Electronic Prince Mohamed Bin Salman Cup.

In its latest quarterly update, it was noted that the company is close to the commercial launch of Organiser Hubs technology and subscription model, which would unlock significant strong revenue streams from the Mogul platform. 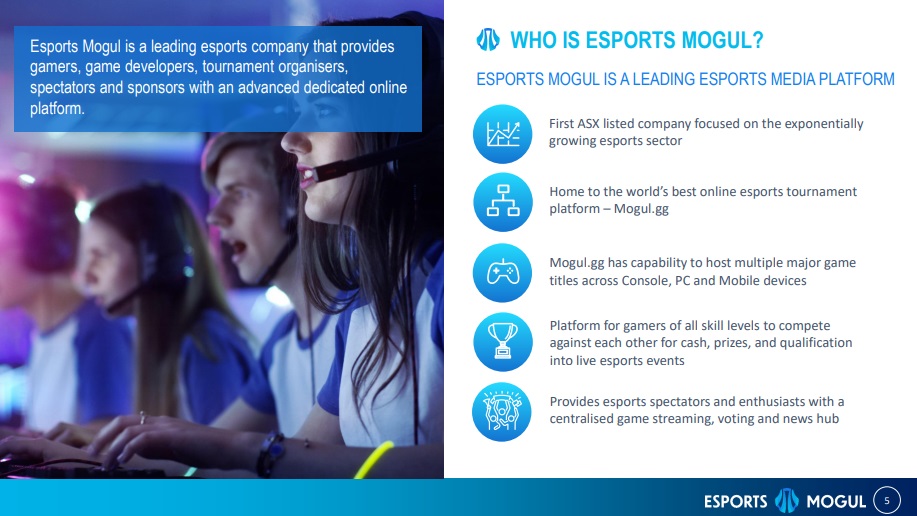